Deck the Halls with Schedules

The first part of Southwest’s summer Schedule is now open for sale, including Memorial Day!  You can now book travel on Southwest from now until June 26, 2009.

Schedule Planning, as usual, has been BUSY, and this schedule change shows it.  We are changing the number of flights we’re offering in 102 markets—not as large a change as we’ve had, say, in March of 2009, but it’s a hefty set of changes.  Many of these frequency alterations are simply a reflection of the airline industry today.  As if you guys hadn’t noticed—the economy is a little difficult these days!  To that end, we’re not planning to grow our fleet next year.  Still, we have to continue to respond to changes, opportunities, and conditions in the marketplace.  In order to do that, again, we’re flexing our schedule optimizer’s cyber-muscles to implement changes to balance the airline “teeter-totter” of meeting the needs of our Customers while maximizing profitability.

To meet that challenge, we’re adding brand-new nonstop service between our ever-growing Denver franchise and the home of the University of Arizona—Tucson.  We’re also acting big-time on seasonal traffic shifts.  These happen every year, but in the past we weren’t really able to rip-and-tear our schedule to take advantage of them.  This year, we’re all over it!  For example, in this schedule change, we’re reducing capacity (by no more than one flight per day per market) in such warm-weather/"beach" destination markets as Ft. Lauderdale/Hollywood, Ft. Myers, Tampa Bay, Orlando, and Phoenix—mostly markets in which we added seasonal flights in our January and March Schedules.  Some of these will likely come back in Winter 2009.  Then, on the added-service side, we’re adding service in popular summertime destinations like Oakland, Seattle, and Nashville.  Again, some of these will most likely go away when the leaves start changing in Fall 2009.

Other schedule changes are just a product of a changing economy, and the need to reduce capacity in some markets to allow growth in others, while keeping our fleet count constant.  We’re discontinuing our nonstop service between Austin and Midland/Odessa (although we’ll retain lots of convenient onestop same-plane and connecting service via Dallas), and reducing service in several others. We’re also adding service in other markets to help connect our network better during the busy Summer season so that we can give more of you guys the “Freedom to Fly” (without hidden fees!!!) across our nation.  Attached to this blog post in the "Attachment" section below is a .pdf file with all of the details.  And if you have questions, just ask by posting a comment—as usual, I’ll be watching for them and answering the ones that I can!

Now because I know you  guys will ask, because you notice EVERYTHING….we’re taking the very unusual (for us) tactic of only opening up our Summer schedule until the end of June Instead of opening it up into August. We’re still working on a few things, so stay tuned.    Don’t worry, we plan to open up the rest of the Summer for sale early next year.  In the meantime, we’re getting ready for nearly any eventuality—remind me to do a blog post one time on the subject of “scenario proliferation!”

Flight_Changes_Chart_120908.pdf ‏26 KB
522 Loves
44 Comments
Anonymous1583
Explorer C
Does everyone at Southwest have to sound like a high school cheerleader? Just come out with the facts.! this stuff is dry anyway. no need to juice it up with all the filler! but thanks for the info!
5 Loves
BAP
Explorer C
Hey guys, What happened to the advanced notice that you had promised would happen on the southwest.com website before you extended your schedule? Bruce
5 Loves 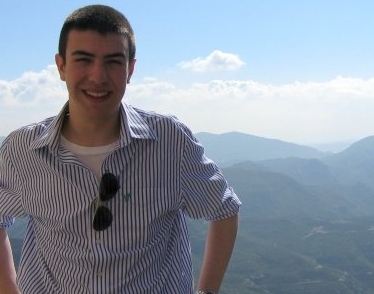