This week, I raided my postcard collection to find some photos built around the general theme of the way airlines display their names on the outside of their aircraft.  The other reason was that I just wanted a chance to share these interesting older images with you as an after-Thanksgiving treat. 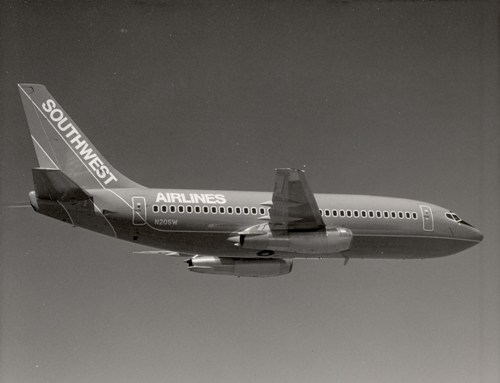 We set the stage with this early Southwest image from the archives, and as regular readers know, Southwest’s first three airplanes carried the word “airlines” on the aircraft.  Beginning with the delivery of the fourth airplane, N23SW, in late 1971, airlines was deleted from the exterior.  The rest of this post will show that we weren’t the only carrier to omit the word airlines from our airplanes, and we weren’t the first to do so, either. 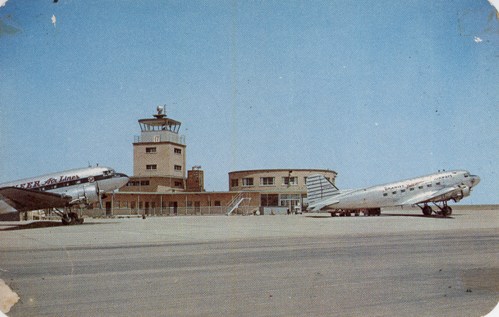 Let’s begin with this Lubbock Airport postcard from the late 1940’s.  Like so many airlines back then, Pioneer (on the left) used two separate words, “air” and “lines” in their company name.  The photo shows their first livery, and I find it interesting that Pioneer, Air, and Lines are presented in three different fonts.  Some airlines were actually “airways” like Pan American, AirTran, and Braniff shown on the right.  Their DC-3 makes sure you know it is flown by “Braniff International Airways.”  Braniff would follow the trend in the industry and later drop airways off their airplanes.  As for the terminal, the airport restaurant was located in the round portion on the second story, and it offered great ramp views.  I stopped here as a baby on my first plane trip in 1954, but I would return many times.  I remember the building’s musky aroma, and the restaurant seemed more like a roadside café than an airport dining room. 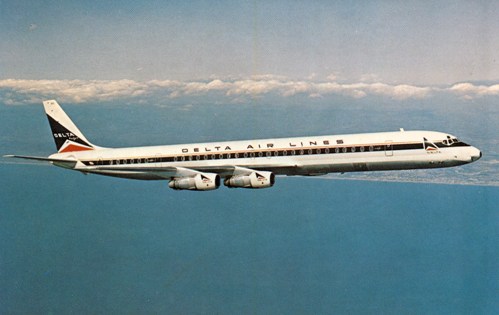 Delta is the only airline today to separate airlines into two words in their corporate name.  The DC-8 61 above proudly proclaims the company’s full name in a postcard from the late 1960s. 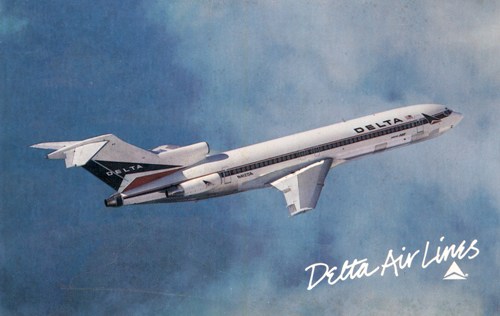 However, by the time their DC-9-30s, TriStars, 747s, and 727s were delivered a few years later, only Delta was displayed on the fuselage and tail.  Note that the postcard carries the full name in script. 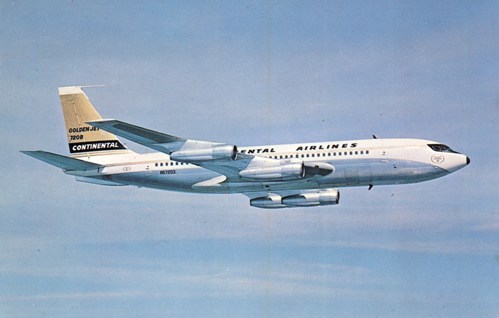 Continental switched over to using airlines as one word in the 1950s, and this Boeing 720B (above), like all their aircraft at the time, carried the word airlines until a new livery was introduced the late 1960s. 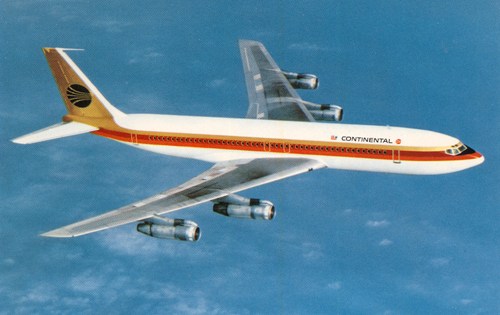 This 707-320C shows that newer livery, and only Continental is displayed.  This (and the Delta changeover) happened about the time Southwest began flying.  When Texas International took over Continental in the early 1980s, they changed the color of the logo on the tail from black to red. 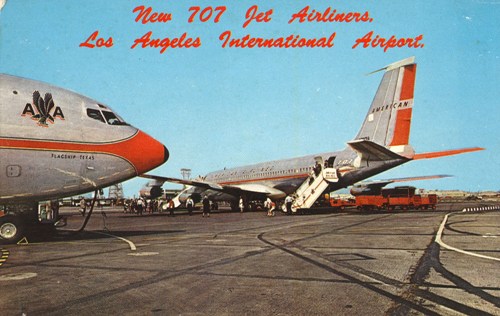 American has always had a bare metal look to its livery.  This early 707-100 at the old terminal in Los Angeles wears the same basic markings as American’s DC-3s carried in the 1930s.  Airlines disappeared from American aircraft with arrival of the current livery in the late 1960s that was created by noted industrial designer, Massimo Vignelli. 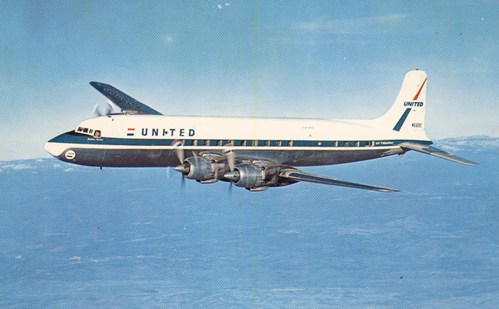 Some carriers had dumped airlines from their liveries right after World War II.  United’s first postwar livery just said “United,” and their 1959 livery, as shown on this DC-7, carried that trend forward into the jet age. 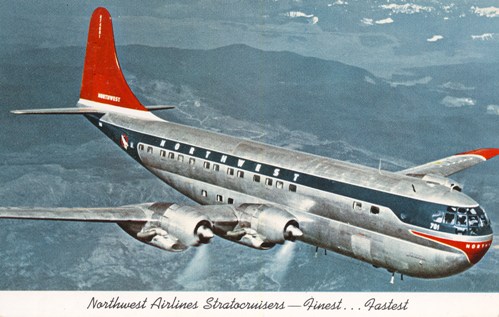 While Northwest was also an early adopter of the simplified title, it added and later removed a different word, “Orient.”  This mid 1950’s view of a Stratocruiser carries the bold Northwest titles, but few years later, Northwest aircraft would wear “Northwest Orient” titles.  Still later, it would be back to just Northwest.

And we close with this Eastern 727-100.  Eastern always looked at its airplanes as giant billboards, and all of their liveries urged onlookers to fly the carrier until the revolutionary “hockey stick” livery was introduced in the late 1960s.  Eastern was one of the last carriers to use air and lines in their name, and prior to the introduction of the 727, Eastern covered the length of the fuselage with “Fly Eastern Air Lines.”  (During the 1950s, Braniff also added “Fly” to the tail of most of its aircraft.)  The 727-100’s shorter fuselage was probably the reason for the editing in titles.

This is just a brief look at the fascinating world of livery variations.  Airlines were always tinkering with small things like titles and logos (Continental had airplanes flying with three different logos at the same time), even if they weren’t changing their overall livery.  Conversely, it wasn’t unusual for a new type of aircraft to carry a new livery and fly alongside an older type with a different livery.  If you wish more details about what I think is the most interesting visual period of the airline industry, you should read some great pictorial books like, Classic Early Jetliners 1958-1979 by Martin Bowman.