Every Southwest Employee knows (or should know) the story of how we began with three aircraft, and when we added a fourth one to help fly a charter schedule, we had to sell an airplane to meet a legal mandate that prevented the charter flying.  This led to the creation of the ten-minute turn to operate a schedule designed for three and a half airplanes (charters were the other “half airplane”) with only three aircraft.  Keep in mind that, while we acquired those four original aircraft brand new, they were orphans originally built for other airlines who couldn’t take delivery.  The first three, N20SW, N21SW, and N22SW, were basic 737-200s that had been built for PSA, Aloha, and Air California respectively.  The fourth airplane, N23SW, had also been “laid down” for Aloha, and it had a large main deck cargo door. 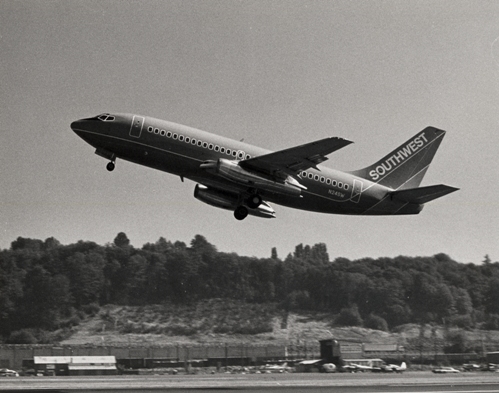 The cycle of new “hand-me-down” airplanes ended with the delivery of this airplane, N24SW (serial number 20925), shown above taking off from Seattle’s Boeing Field.  N24SW was “all Southwest” from the beginning, and it is an important landmark for several reasons.  One is that it is the first aircraft for which we went to Boeing and said, “build it” for us, and we took delivery on September 18, 1974.  That date is significant because it came after the big $13 Fare War in early 1973 and the departure of the other airlines to the DFW Airport earlier in 1974.  We would add a fourth city, Harlingen (HRL), a few months later in early 1975.  N24SW’s purchase showed that we had reached a level of stability where we could go to Boeing and order a brand new airplane from scratch, just like United, Delta, or Pan American. 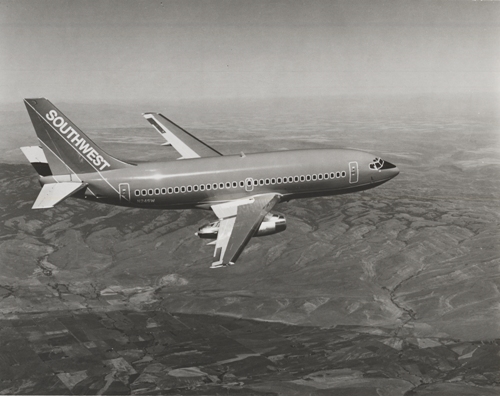 Another landmark reached with N24SW is that it was our first 737-200 Advanced aircraft.  The Advanced version of the -200 quickly became the standard production model, and it offered improved aerodynamics, greater range, and more powerful versions of the JT-8D engines that eliminated the need for the “blow-in” doors around the front part of the engine cowlings.  The landscape below N24SW appears to be the foothills on the eastern (or “dry” side) of the Cascade Mountains in Washington. 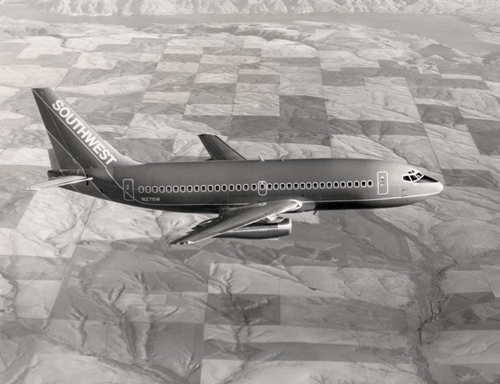 As Southwest continued to grow across Texas, we became a steady Boeing Customer.  In August 1976, N27SW (serial number 21262) was delivered.  At the time we were still flying to just the three original cities, plus HRL, and N27SW’s delivery is proof that we had become successful enough in competing with both the other airlines and the automobile between those destinations that we required additional aircraft.  I especially like this photo because it illustrates the unique terrain of eastern Washington.  Southwest wouldn’t fly over this area on a regular basis until the mid-90s, so the Boeing camera provides us with unique visuals from an earlier time period. 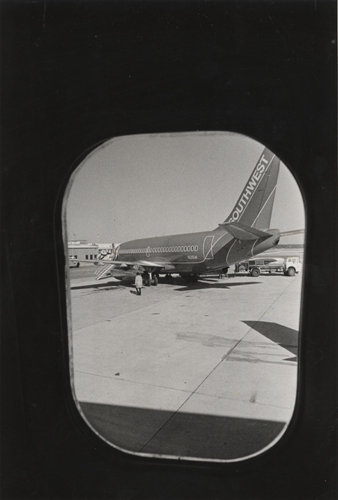 Closing out this story of landmark airplanes, we take a look at one of the original three original 737s during what probably was its final days with Southwest.  Of the three originals, N21SW (serial number 20345), above, was the airframe originally intended for Aloha.  We sold it back to Boeing in July 1978, who sold to a leasing company who ironically leased it to Aloha, so it did finally make it to Hawaii.  It would also serve with Nordair in Canada and Air California.  It went to the scrap yard in 1991.  The location of this photo appears to be Midland/Odessa (MAF) —that’s a set of Continental air stairs in front of the nose. 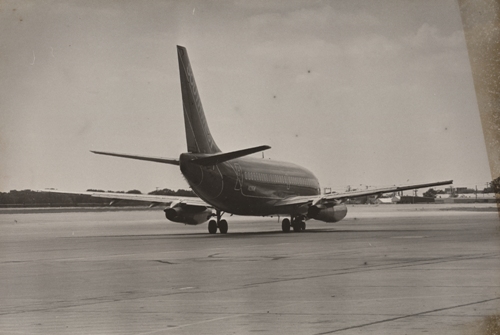 Our final view of N21SW is this somewhat battered print.  I can’t place the airport or the date, but to me it symbolizes the final flight of N21SW as it taxies out for takeoff.  While N21SW and its two original siblings had the “glamour” of beginning Southwest service, N24SW marked the beginning of almost 600 brand new Southwest 737s delivered from Boeing.  N24SW, the original made-for-Southwest aircraft, eventually led to Southwest being the launch customer of the 737-300, 737-500, 737-700, and the upcoming 737MAX.