Don’t touch that dial!  This week’s Flashback Fridays is both a look at our relationship with some Dallas radio stations, and it’s a review of some of the methods we have used to build the Southwest Airlines brand.  There are some cool photos too. 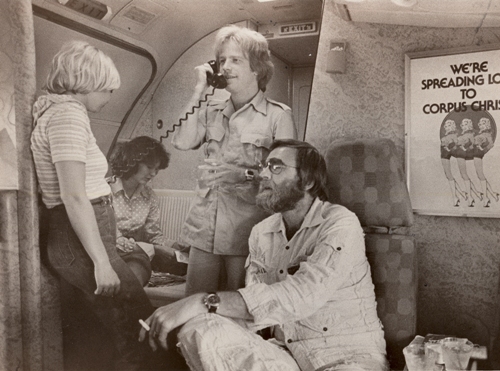 We begin with the above, and no, these aren’t 70s revolutionaries trying to take the airplane to Havana.  The two “revolutionaries” are Kevin McCarthy (standing) and Dick Hitt, the morning drive-time hosts on Dallas radio station KNUS FM (pronounced KAY-news), which was located at 98.7 on the dial.  (Keep that frequency in mind, it will pop up later.)  The Corpus Christi poster on the bulkhead and the Flight Attendant uniform date this view to sometime between March 1, 1977, the day we began service to Corpus Christi, and May 15, 1977, the day the uniforms changed.  The occasion for the trip was the KNUS-D Magazine “South Padre Island Sand Castle Building Competition, Margarita Drinking Exhibition, Beachfront Olympics, Dart Tournament, Mexican Shopping Excursion, and International Calgon Bathoil [sic] Beads Gulf Spill.”  According to Southwest Airlines Magazine, over 190 people made the trip, and they must have used two flights to accommodate that many people.  If you ever wanted a photo that sums up the 1970s, this would be it.  Kevin is wearing a safari jacket and holding a cocktail and a cigarette while making an inflight announcement.  Dick is also smoking and has a stash of cocktails by his side.  Like Kevin’s, his outfit comes off the racks at “70s R’ Us.” 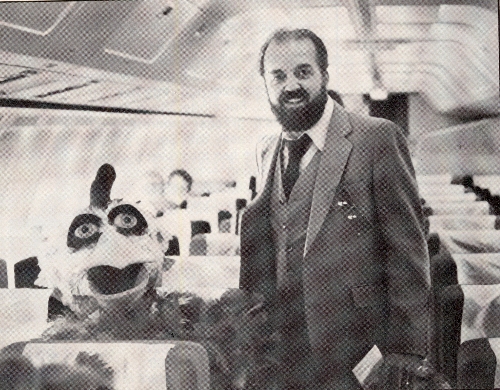 Meanwhile, Ron Chapman (above) was the morning drive guy for KVIL FM.  KVIL topped competition like KNUS and became the area’s most popular radio station, and Ron became the area’s most recognizable voice.  In 1980, Ron traveled to Lubbock with a giant chicken (I don’t know the reason this traveling companion was selected) to celebrate Southwest’s lack of advance-purchase fares. 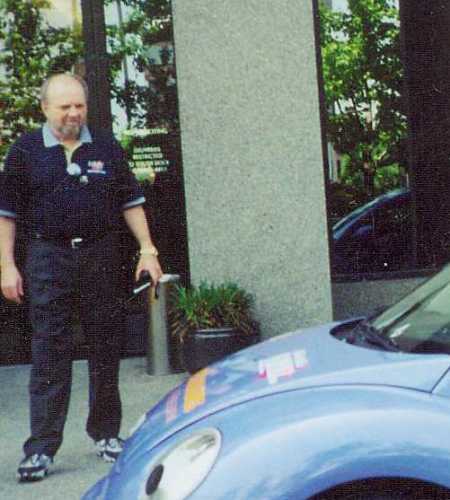 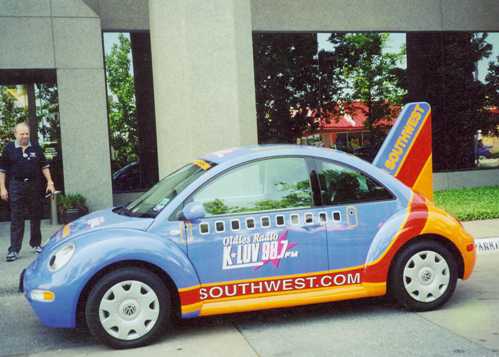 K-LUV’s call letters made it a natural partner of the LUV Airline, and in a joint promotion with Southwest, the “LUV Bug” was born.  This special Beetle became a common sight all over the Metroplex, and it kind of reminds you of the old Gremlins and Pacers from the 1970s that wore Southwest colors.  When Ron retired in June 2005, Southwest surprised him on the air with the unveiling of N215WN that wore a Ron Chapman decal for the next month. 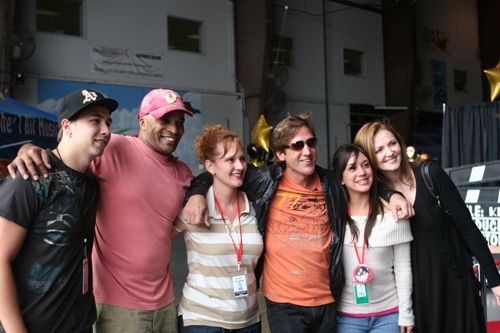 Southwest still partners with radio stations, and since 2006, we have participated in the annual Kidd’s Kids effort set up by locally based, nationally syndicated radio personality, Kidd Kraddick.  Each year, Kidd flies a group of seriously ill children and their families to Orlando for a stay at DisneyWorld.  Southwest Employees participate in the fund raising, and we provide an aircraft for the trip.  (That’s Kidd, with the sunglasses, and the rest of the show’s personalities.)  This year’s trip left yesterday (November 8). 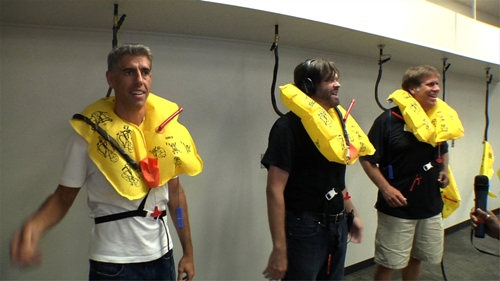 On a less serious note, we also have a relationship with The Ticket, one of Dallas’s most popular stations.  This past summer, their morning show, “The Musers,” broadcast from our Flight Operations Training Building, and they flew one of the simulators and went through evacuation training while on the air.  Above, we see the show’s three personalities (left to right), Craig Miller, Gordon Keith, and George Dunham undergoing life vest training.

Our longterm association with Dallas radio stations has provided us a "Southwest" way to share our Fun-LUVing Attitude with the area’s folks, no matter if it was part of the “swinging 70s” or kidding around with The Musers this year.  And our association with Kidd’s Kids has allowed us to share our Servant’s Hearts with a national audience.  It speaks volumes that, throughout our history, the top local radio stations have wanted to be associated with the People of Southwest Airlines.  That’s the power of the brand that our folks have built.