Helping a Hero One Home at a Time

For many American troops returning home from their service in Iraq or Afghanistan, the transition can be a difficult one. Some of these heroes return with injuries that require them to adjust to the many complexities that accompany a disability. HelpingaHero.org is a nonprofit organization that provides support for severely injured military personnel. The organization’s principal activity is to provide specially adapted homes for qualifying service members. 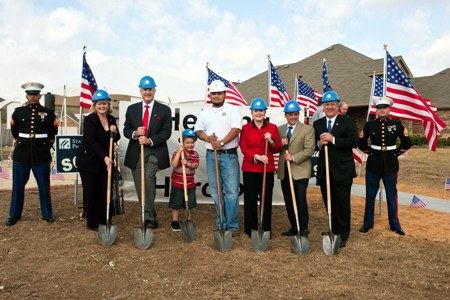 The most recent recipient of one of these handicap accessible homes is Corporal Zach Briseno. In a groundbreaking ceremony yesterday in Fort Worth, Texas, Corporal Briseno was joined by Mayor Mike Moncrief, Congresswoman Kay Granger, and Helpingahero.com Chairman Meredith Iler. It was a special ceremony for a very special man.

Corporal Briseno grew up in a military family. Both of his grandfathers served in the Marine Corp as well as numerous other family members. He knew he wanted to be a Marine when he was only nine years old.

In 2005, Corporal Briseno joined the Marine Corp and was deployed to Iraq the following year. His father died one week before his second deployment in 2007. On Nov. 29, 2007, Corporal Briseno and his convoy were hit by an IED and an anti tank mine exploded under their Humvee. Among the injuries he incurred from this explosion, Corporal Briseno required a double amputation of both his legs from the knee down.

Faced with the daily challenges that result from the wounds of combat, Corporal Briseno continues to serve his county by helping other wounded heroes as they embark on their road to recovery. His continued service is a testament to his the strength of his spirit and the commitment to his country. 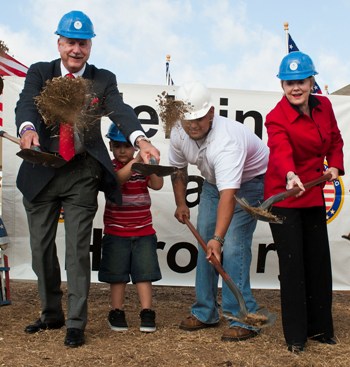 At Southwest Airlines, November is Military Heroes Month and we’re proud to feature this hero today and to be a national sponsor of HelpingaHero.org. Corporal Briseno’s home is expected to be ready in the spring of 2011. We wish him and his family many years of happiness in their new home.  For more information please visit HelpingaHero.org.