Information on News of Passengers Denied Boarding in Phoenix

There have been many news stories over the last two days regarding a family that was denied boarding on a Southwest Flight out of Phoenix on Friday, July 4, 2008, owing to unruly behavior onboard their previous flight.


Over the course of a four-hour flight from Detroit to Phoenix, our Flight Crew developed a genuine concern for the well-being of children involved in this particular situation.  Our Crew exhausted all of their resources to resolve the situation, but it became clear them that they needed to address the situation before it escalated further – a concern that has since been echoed in a police report and by other passengers that were onboard the flight.

The family’s interaction with authorities in Phoenix prevented our Employees from communicating with them in order to offer other travel options and accommodations; however, we contacted them yesterday and are refunding the entire cost of their tickets.

Southwest Airlines carries countless numbers of families each year without incident, and is successful in assisting parents to follow Federal rules and guidelines onboard.  Ultimately, we are responsible for the Safety of all of our passengers, even the passengers whose behavior appears to jeopardize that Safety.

I certainly understand many of the feelings expressed below regarding children with Autism; however, it is important to understand that this situation was not related to the fact that a child has Autism.   The issue was related to the Safety of our Customers, and, as stated in the post above, a genuine concern for the well-being of children involved.

It is unfortunate that these situations get played out in the media – the facts of the story are never presented in their entirety. And, the truth is, it is neither appropriate nor desirable for us as a Company to promote the details to the general public as we would never want to publicly criticize or embarrass our Customers.

We value all of our Customers and begin every day and every flight with the desire for each person to have a wonderful experience with us. When circumstances prevent that from happening, we try to address those situations in the most responsible and respectable manner possible.

Although this situation was not related to a child having autism, I assure you that Southwest Airlines is committed to providing courteous and efficient service to all of our Customers with disabilities and assisting them in a manner consistent with federal law and Company procedures.


209 Loves
40 Comments
Anonymous1010
Explorer C
With Autism affecting so many children world-wide, I do hope that Southwest and other airlines find more appropriate measures to handle situations like these. I view the airline's actions as a form of discrimination and I hope the family has enough smarts to sue their pants off. Apparently, Southwest is not aware of Autism - with it, comes unruly behavior that cannot be helped. Again, I do hope the family contacts the Office of Civil Rights in their state for further action. After all, what's next?? Crying infants to be booted?? Just sick.
10 Loves
Allison5
Explorer C
As a parent of a child with autism, I find these increasing stories disturbing. There is an epidemic of autism in this country and you are going to find flights with these children as passengers on a regular basis. Their behaviors are not just of a behavior basis they are of a medical basis so removing them from the plane is discrimination. If the flight attendants only had to ask twice to try and quiet down, I do not see how they exhausted all of their efforts to resolve the situation without resorting to kicking them off the plane. I suggest you quickly bring on some training staff to teach your flight attendants how they might be able to help in a situation like this. As well as letting the other passengers understand that a child with autism is on board so he/she might be prone to letting out a little more noise than the norm. Once people are aware of the diagnosis they are much less likely to insult the parenting of a so called "behavior child". With a possible 1 in 67 children effected with autism (per Dr. Yazbak-from looking at school enrollment data), you cannot consider kicking them all off your plane. Unfortuanately autism, and it's cause, has been ignored by the government and medical community so long, that avioding autism is an impossibility. Have tools on board to distract these kids. Just as a restaurant has crayons and coloring books, the airline has to adjust. Society can not have become that uncaring and selfish to not adjust to a devistating disorder affecting children. That would be incredibly sad...
12 Loves
Anonymous168
Explorer C
as a parent of a child with autism I was alarmed to read this report. what if its me next time? I have suffered through my fair share of other people's offenses on airlines - to wit, fat people sitting on me because they can't fit in their own seat (was I compensated? NO), smelly people, sick people coughing on me or my belongings, crying babies, farting !, spilling food or drinks on me, babies with DIRTY DIAPERS whose parents don't see fit to change them, even small DOGS making noise in the seat next to me - were these people banned from their connecting planes? NO. I am disgusted and outraged that regular paying passengers like myself are asked to put up with ALL of this but these people - who are probably the most outraged of all by the kids' behavior - are not in turn expected to put up with a special needs kid or two. Mom to 2 ASD kids, NC and Formerly a Southwest Passenger
11 Loves
Clinton_W__Cold
Explorer C
I think you did the right thing, parents need to be responsible for the actions of their children... and before anyone jumps up and down, my brother has autism, and mom was able to work with it so as to not make it everyone elses problem. I fly regularly, and if I find kids to be unruly, I let the flight attendent know, as well as the parents. I will bet that the parents clamped down on the kids on the next flight, but we will not hear anything about that in the press.
10 Loves
AustinMomInCA
Explorer C
I hope this family sues you under the American's with disabilties act. Our children deserve to be treated with respect and no family deserves to be abandoned in another state. I personally will do my best to never give you my hard in money. I only support companies who are compliant with the American's with disablities act.
12 Loves 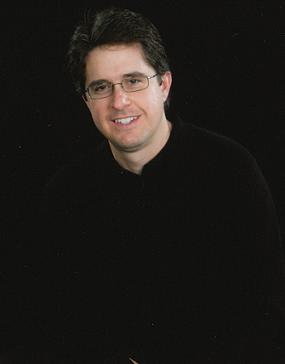 pberg
Frequent Flyer B
Dear Anonymous - I am disheartened to read that you will not be flying with us again, particularly when it seems that you may be basing your decision on misinformation or misunderstanding. Obviously, neither you nor I were traveling on the flight in question. So we are both relying on the information of others. From all reports, including the reports of our Crew, other passengers onboard, and even the reports that we gathered from the family that was ultimately denied boarding, the situation was not related to the fact that a child has Autism. As I stated above, it is unfortunate that these situations get played out in the media because the facts of the story are never presented in their entirety. And, as a courtesy to the family involved, it is not appropriate for us as a Company to promote the details of this situation to the general public. But, again, as we have stated many times, although this situation was not related to a child having Autism, we can assure you that Southwest Airlines is committed to providing courteous and efficient service to all of our Customers with disabilities and assisting them in a manner consistent with federal law and Company procedures. That said, I truly hope you will reconsider your decision and fly with us again. Paula Berg Southwest Airlines
7 Loves
va
Explorer C
Seriously? Flight attendants are not baby-sitters. It is not their responsibility to control children with or without exceptionalities. Their job is to ensure the safety of the passengers. If anyone is out of control or not obeying the rules, it is their responsibility to make sure that whom ever is out of line is quickly put back in line. If it were a child who is not autistic and just overactive or the victim of careless parents ... the same action would have resulted. It is not an issue of autism. If a flight attendant is responsible for knowing all conditions and how to deal with people with various conditions ... they would be call psychiatrists not flight attendants. Is it just me or does anyone notice it is never the parents' fault? The finger is always pointed elsewhere ... i.e. flight attendants, teachers, society, etc. It is the parents' own inability to accept reality that results in these sorts of issues. If the parents know that this could be the possible outcome of their autistic child being confined to a plane for an extended period of time ... then alternate arrangements in transportation should be made. Again, parents not accepting the reality that their children shouldn't fly. I fly rather regularly and would have appreciate the flight attendants responding to this situation the way that they did. Refunding their money was probably not the best message that could have been sent. Is this to say that all I have to do is act up on a flight and it's free? If anything those aboard the plane should have had their money refunded. Sadly, the parents of the children will use them as an excuse to get 'stuff.' It is giving them an excuse for themselves which really has nothing to do with their child. So if the child wasn't already facing issues ... they now have crappy parent to deal with as well. I pray for those involved in this situation. Especially for the children that have these two women as supervision and use them to get what they want.
7 Loves