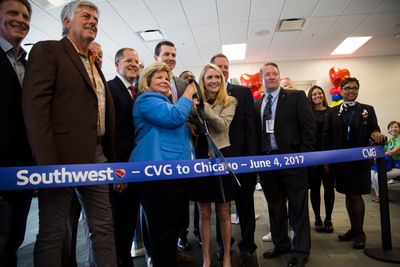 Earlier this morning, Southwest cut a ceremonial ribbon with our first flight to Cincinnati/Northern Kentucky International Airport (CVG). Complete with the fanfare you come to expect from Southwest, Company Leaders and its Cincinnati-based Employees, along with local stakeholders joined our Customers to celebrate our launch at our brand new CVG gates. 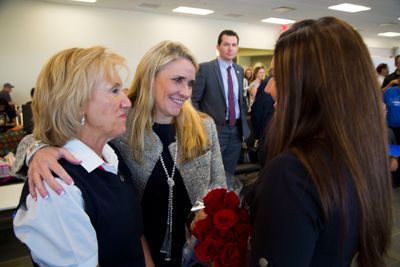 Southwest CFO Tammy Romo celebrates the launch of Southwest's CVG service with local Employees.Southwest EVP & Chief Financial Officer Tammy Romo helped usher in a new era for our travelers by opening the airline's newest city. During a news conference, Tammy introduced our new Team in-place to open CVG. She continued by saying that “today is an important day in Southwest’s history. It’s the first time that low fares, no bag fees*, and no change fees** has ever landed at CVG!” 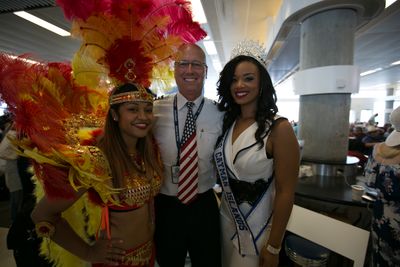