The Spirit of Kitty Hawk Moves to Its New Home

While it hasn’t been a secret, we really haven’t publicized our exciting preservation/museum project yet.  However, you certainly will know something is different if you pass the corner of Lemmon Avenue and Mockingbird Lane starting today here at Love Field.  A big shiny Southwest 737 is half-inside and half-outside the Frontiers of Flight Museum.  (Don’t worry, it’s planned that way.)  That’s a very special airplane, it is N300SW, The Spirit of Kitty Hawk, and it is the first of the modern 737s worldwide to enter scheduled service. 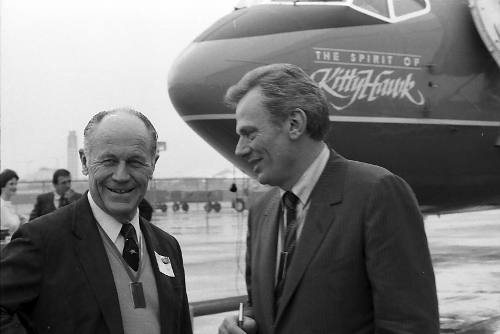 In fact, those first flights were such a big deal that we had Bob Hope host a big gala the night before it entered service.  For the inaugural flight on December 17, 1984, our Flight Attendants wore tuxes, and General Chuck Yeager, the first man to break the sound barrier, was onboard.  The 737-300 was introduced to the world as it took to the air at the exact same time the Wright Brothers had first taken flight on the same day in 1903.

Because this is such an important airframe for Southwest, Boeing, and the airline industry, we thought it should be preserved, and I have been working on the Team to preserve N300SW.  The Team has become a large one, with volunteers from inside and outside Southwest, and along with some very generous donors, they are making our dreams into reality.  We are still compiling a list of the donors and the volunteers.

The Spirit of Kitty Hawk is part of the "Southwest Airlines:  The Heart of our History exhibit."  The airplane will have its own exhibit area with 40 feet of displays and a small video theater.  In addition, we will have around 3,500 square feet of display space on the main floor of the museum that will include interactive video kiosks with a wide mix of our Employees to tell our story; a replica ticket counter from 1972, alongside the current version; part of a jetbridge; a large theater; and the Southwest Family tree depicting the airlines that make up our history, along with artifacts from those carriers—plus much more, including original art and items from Colleen’s and Herb’s personal collections.  We hope the exhibit will open in June for our 40th Anniversary. 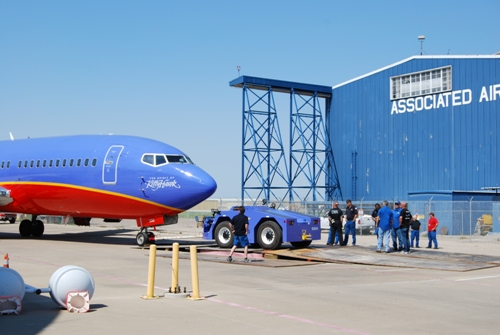 To move the airplane into position for display, our Mechanics had to overcome some physical obstacles.  We had curbs and used heavy gauge steel plate to cross those items. 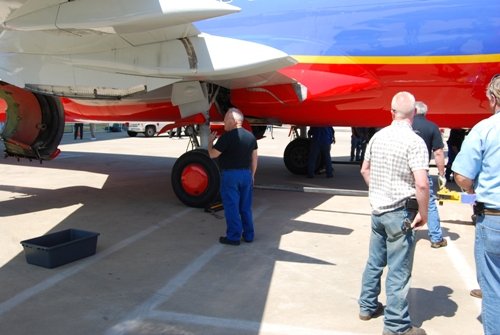 When it came down to actually positioning the airplane inside the building, our Mechanics used specially made push bars with two jet tugs to inch the airplane into position.  The nose was steered by hand.  Display engines will be added in the next week or so, to complete the look. 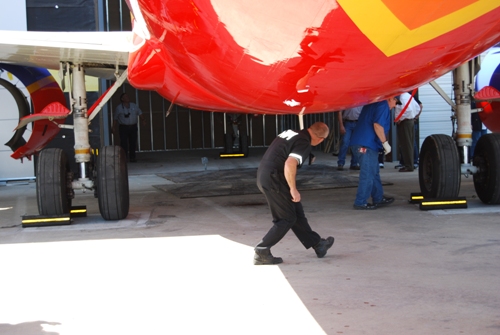