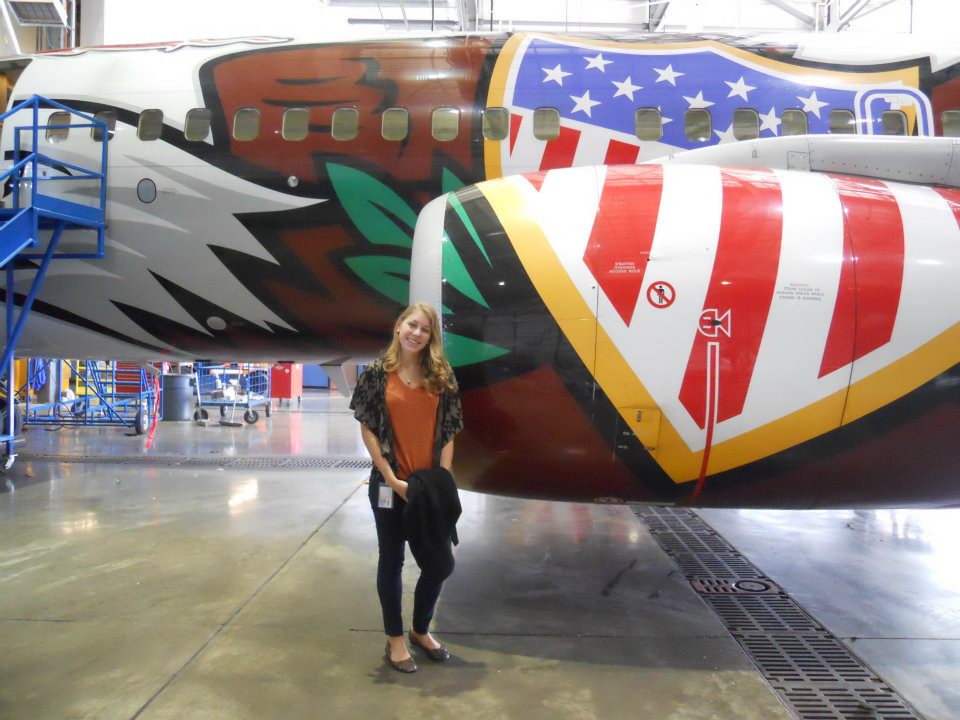 Ramp Agent Bill Todd’s lifelong fascination with aviation began when he was just a child.

“My father was in the Air Force, and I lived on military bases for a large portion of my childhood,” Bill said. “Seeing planes every day and going to base air shows in the summertime really piqued my interest.”

Although other pursuits began to occupy his time as he grew up, Bill was drawn back to his passion for planes years later, as a Business Administration student at American International College in Springfield, Massachusetts. When faced with a senior strategy project that served as the culmination of his studies, he decided to focus his report on Southwest Airlines.

“During my research, what stood out to me was the profitability of the airline through this recession and past recessions, along with the fuel hedging, fleet commonality, and superb Customer Service that kept Customers coming back for more,” Bill said.

Following graduation, Bill remembered this research, and he began to check out the SWA Career web site until a spot at Bradley International Airport (BDL) in Hartford, Connecticut opened up.

Although it was initially Southwest’s business savvy that stood out to Bill, what surprised him the most during his first days on the job was SWA’s unmatched Culture. At BDL he found “some great characters” that he befriended almost instantly. His SWA Family, he said, is his favorite part of working at BDL. With a Servant’s Heart and an optimistic personality, it’s no wonder his Coworkers took to him so quickly.

“Bill has been a fantastic addition to Team BDL,” said BDL Supervisor Shannon Christie. “Every day he comes in, he brings a positive attitude. When faced with difficult situations and irregular operations, he doesn’t complain but may offer a suggestion to make it run smoother. Bill is always willing to help out where needed.”

While Bill LUVs the occasionally chaotic days on the Ramp and is a hard worker on the job, he enjoys his weekend rest and relaxation.

“I like to do nothing and relax,” he said. “It’s kind of a joke with me and one of my Coworkers. He asks, ‘what are you going to do this weekend?’ and I say, ‘nothing.’”

Bill often spends this downtime by playing a game of pick-up baseball or visiting with his mother and two younger brothers.

With his passion for airplanes, Fun-LUVing Attitude, and unmatched positive SPIRIT, we’re glad to welcome Bill to our SWA Family!

I recently asked Bill a few FUN questions to get to know him better—read on to see his answers!

As a lifelong aviation fanatic, it’s just great to work around airplanes and get to watch them all day long.

If you could go anywhere in the world, where would it be and why?

It would be too hard to choose just one place in world.  I would like to see multiple cities in Europe, such as London, Rome, Paris, and Edinburgh.

If you could have one super power, what would it be and why?

I would like to be able to fly because then I could justify wearing a cape.