Brooks
Retired Community Manager
When you're flying nearly 500mph at 35,000 feet above ground, life passes by pretty fast.  Sure, Southwest has a suite of things to keep you entertained inflight: Video on Demand; WiFi; Live at 35; hilarious Flight Attendants.  Heck, we've even transported a miniature seeing-eye horse, and a couple endangered sea turtles.  But figuratively, you can't have the hare without the tortoise.

Realizing the possibility that slow and steady may truly win the race, the answer became clear: it was time to float the grandest idea Southwest has ever had.  It was time to take things slow.

The tortoise and the hare. 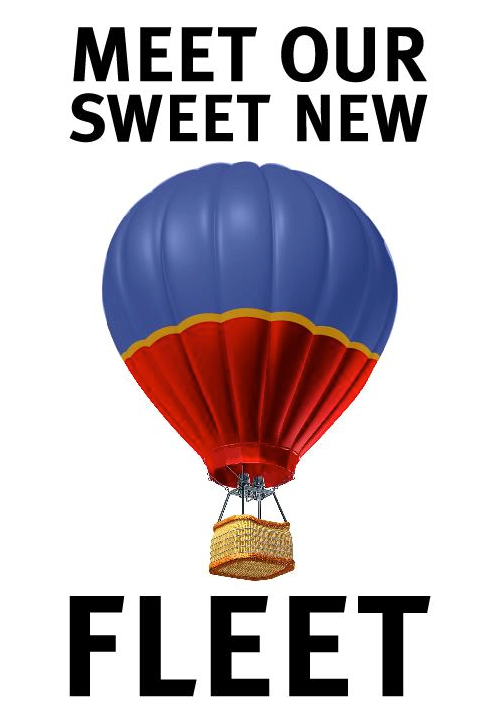 Enjoy taking it slow with a scenic view while traveling from Boston to Denver.  You will have a full 31 hours of seemingly neverending ground-peeping, star-gazing, and gusty nap time. (DISCLAIMER: Travel time greatly depends on wind speed)

Or you could sit back and relax during an estimated six-hour jaunt from Dallas to Houston.  Want to complete the Texas Triangle?  No problem.  We'll simply add to your existing fare, but you might have to get cozy with some strangers while on your way to San Antonio, and on back to Dallas.

Like a city taxi, fares will be determined using a combination of distance and travel time.  But don't worry about bringing your bags!  On Southwest, baskets float free, and so do your first two pieces of luggage!

Don't be full of hot air.  Get purchasing that balloon fare!