Ho-ho-ho and pass me a turkey leg!  Southwest is now accepting reservations through January 7, 2018, as the November/December schedules were made available this morning.  And, as usual, we have holiday presents to share!

It may still be only a little less than three percent of our departures, but international service is still the “newest news” for Southwest!

Mexico City is also getting a bit of a re-work, thanks to an increase in our Mexico City slot allocation. While this is your first glimpse at the changes, they actually both happen earlier than November.

As always schedules and fares are available at southwest.com but we are SO happy to expand and improve our service to Mexico’s capital city (and one of the largest cities in the world!).

Meanwhile, in South Florida, we’re continuing to expand our international service in Ft. Lauderdale by adding new nonstop service to both San Jose, CR and Punta Cana, DR.  Both are super popular destinations and we know these new flights enable even more of our Customers to find Caribbean paradise. (We’ve got numbers!!)

Domestically we’ve got a few tweaks in store, as well!

Have a GREAT weekend, everyone and if you have a question just post a comment.  I’ll “have my ears on!”

Is there an attachment with all the current routes and frequency changes from each station?

Thanks as always Bill! Having connected to/from MSP via MKE, I understand the cut. MSP will be down to roughly 23 daily departures. Lowest in a few years, if I recall. Hopefully, we can start to see new routes with the addition/replacement of aircraft in 2018. It seems rather disappointing to not see MSP hit some sort of higher growth, given other carriers more rapidly expanding offerings at MSP.

I just checked the holiday schedule today and you do realize that eliminating the lowest fares is the same as blackout periods.....transfarency?

Tayers--give it a bit.  I'm not in Pricing, I'm a schedules guy, but I know that sometimes, it takes a little time for the inventory police to get the correct levels.

Hey Ober7212!!!  We're a little constrained in the Humphreys Terminal, with only 4 gates.  Still, we could add more, we just have to pace ourselves, with aircraft retirements being balanced with new 737-MAX8 deliveries.  Trust me, we love the Twin Cities, and our Co-Hearts there at the airport are both excellent and loving as a casserole full of hotdish in February.  🙂  (I have dear friends there and up in Tracy, MN, so I know Minnesota well!)

Thanks for the quick reply Bill! I guess I thought you had 5 gates, given one is an A and B gate. Maybe you can still only place one aircraft there. Are you at the mercy of MAC and airport officials to add on? My recollection is 2020 for additional gates at Humphrey.

Hi Bill!  I am planning to go to Cabo during Thanksgiving week.  Do you know if there will be additional flights scheduled?  There are 2 currently but both have layovers.  I have gone to Cabo before and it was a direct flight.  Our to/from days will be Saturdays

the loads on MSP-MKE aren't good. Mainly, half the seats filled. This is per DOT records I have found.

I'm new here (this is my first post) so I'm still trying to figure my way around. That said, I fly to GCM a lot (pretty much monthly) so I was thrilled when I saw flights starting from FLL in June. I already have two trips booked. When I saw holiday flights opening, I went to book and the pricing on those fllights is exhorbitant (i.e., over $900 vs. flying Cayman Airways from MIA at $234.50 RT for December 22 to January 2). Needless to say, as much as I hate flying out of MIA, I booked the Cayman Air flights. Is this typical? Or do other lower fares usually open up later?

Yes, normal.  Lower fares "might" open up later.  I have had luck for Spring Break.

Are you still going to be offering flights to Turks and Caicos starting in November?  Any idea when the schedules will be posted if you are?

Thanks, ober7212. Unfortunately, I'm one of those people who always plans ahead - especially for holiday travel. Guess I'll be trekking down to MIA and back at least one more time ... Hopefully I'll have better luck with other SW flights in the future. (One plus is I'm seeing more competitive pricing for the Cayman Airways flights than I've ever seen in the past. I really can't complain about a sub-$500 total cost for two of us over Christmas and New Year's!)

Hey DJH--where are you flying out of?

klmyer80, our new service to PLS should be posted soon.  Stay tuned!

steve, those dates keep shifting, and even if we had all the gates we could want in MSP we're still airplane constrained.  But for an airport that twenty years ago we were told that we'd *never* serve, I'm happy with what we got and will accept baby steps in growth there!    Besides, any airport that has a train that goes directly to one of the largest shopping malls in the world is okay in my book!!  🙂

Love it, at least the IAD/SLC options.  Last year I was disappointed there was nothing that got me to SLC in the morning, which means I had to fly in the day before my event (and buy an extra hotel night).  This year you're back to a morning arrival so I'm all set!  Luv Southwest.

First post here. Any chance we'll have the usual PDF with all the systemwide roundtrips for this booking period? That always makes for good reading. Thanks!

Bill -  Sorry I forgot that part.  We would be flying out of BWI to SJD for Thanksgiving week 11/18-11/25.  It looks like they aren't offering as many flights and the non-stop isn't offered at all 😞 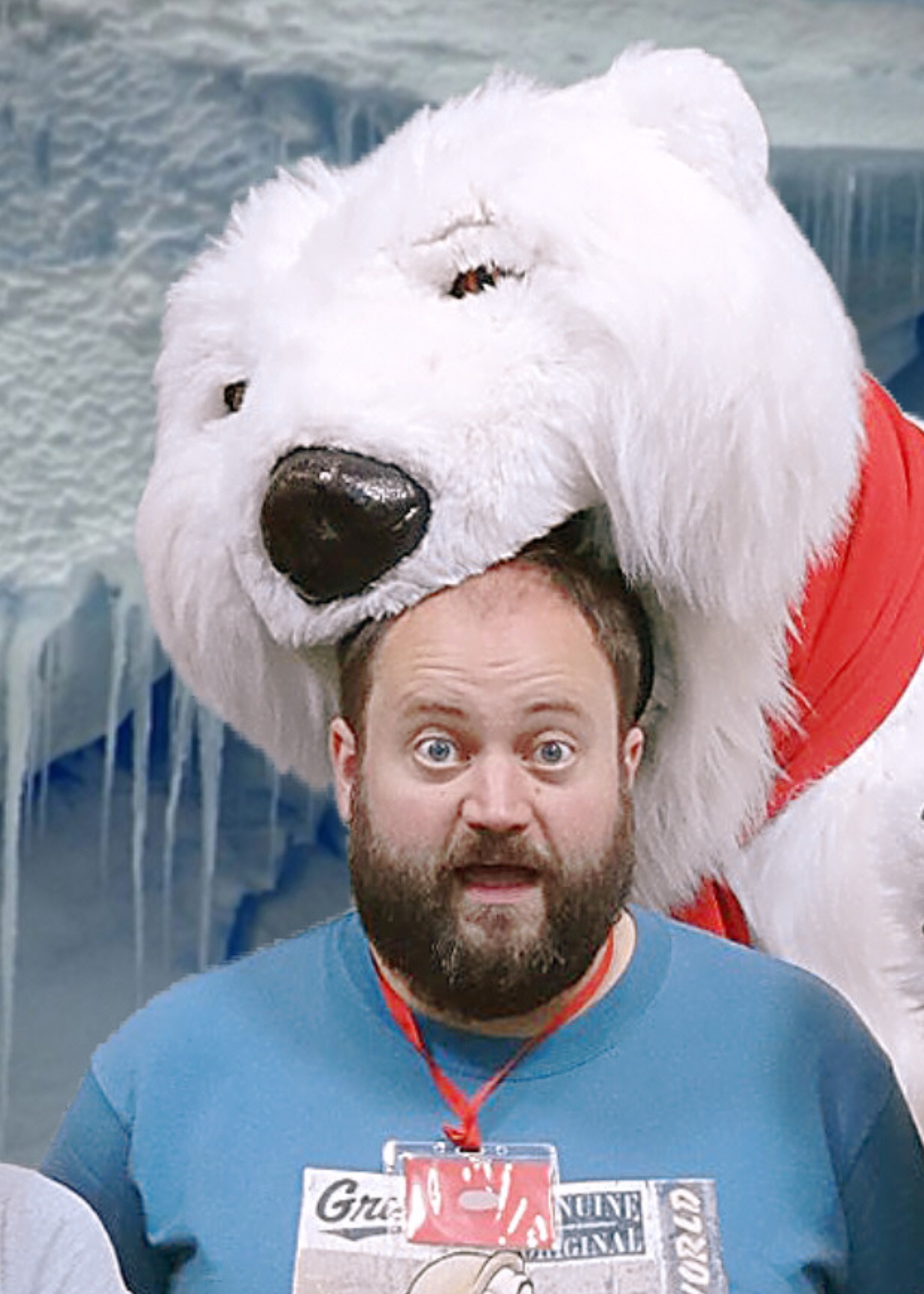 So BIll.  If you were a betting man, which would you bet on happening first:

2) Southwest flights to Canada?  (Side question -- did the new res system resolve the currency issue?)

5) Southwest operating something bigger than a 737?

6) Southwest operating something smaller than a 737?

Awesome to see nonstops from DAL to HRL again, if only for a brief time during the holidays, but still hopefully this could evolve to year round dailies.

i am still on the phone  my timer stopped at 99 minutes.

Any idea what's happening with the DCA-IND nonstop routes beginning in November?  Looks like they won't exist anymore...any idea why?

Please consider bringing back the SFO-MKE nonstop flights! There are no other direct flight carriers available for that route. Also, the planes appear pretty packed whenever I flew. Thank you.

It sure would be nice to know if they are going to put the Non-Stop flights back on the holiday schedules.  BWI-SJD!!  I'm thinking this discussion board is a push to get us to book the higher priced flights based on the fact that Bill hasn't replied to anyone for quite a while.  Not looking good there Southwest 😞

Wow, who decided to eliminate the always oversold direct flights between SFO and MKE? If you own the only direct route it doesn't seem like sound business to give up that route. A stop in St. Louis  just begs delays, cancellation, lost baggage 😞  Hugely disappointed.

Cannot understand the loss of non-stop service between MKE and SFO. Flights were always full and not underpriced.

But what are the fares on MKE-SFO? What we as consumers don't know is whether Southwest makes a profit there OR can simply be MORE profitable moving the plane elsewhere. Tough calls for sure though.

Bill, I see that San Diego was cut from non-stop service. I cant believe the numbers were not there to keep this flight in service. Maybe San Franscisco but not San Deigo. Any chance they may bring this back? A 4 hour flight to San Deigo is a blessing when compared to a 6 hour flight. UGH!!!!!!