Employee
"Millions of peaches, peaches for me.  Millions of peaches, peaches for free."
These iconic words, sung by The Presidents of the United States of America, were hard to fathom at the time of their popularity.  Nowadays, the numbers are easier to grasp (think Dr. Evil, where "one million dollars" isn't really all that much anymore).
But you never really heard much about traveling peaches, let alone in large quantities. That's all about to change, because we're unleashing five peaches into Atlanta's first inbound/outbound markets: Austin, Baltimore, Chicago, Denver, and Houston. Better still, these peaches aim to help you save on flights, and maybe even earn free roundtrip tickets, and a vacation in Atlanta. 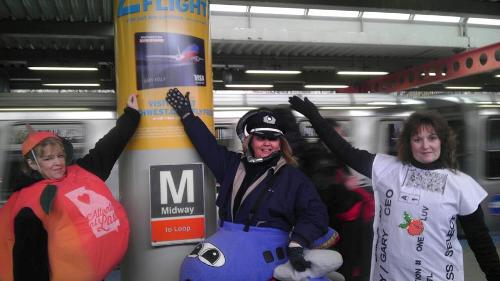 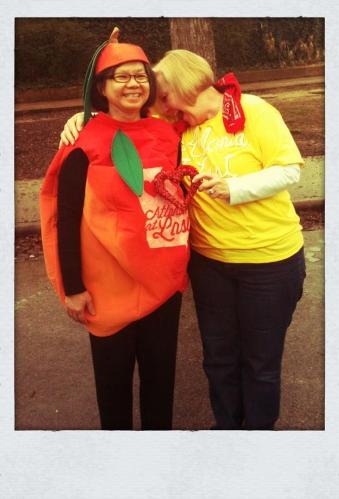 As for the prize, here's how you become eligible to win it: Simply find the peach in your city, take a goofy picture with him/her.  Once you've done that, upload it to Twitter while mentioning @SouthwestAir and including the #AtlantaAtLast hashtag!
Prize includes:
Two roundtrip tickets on Southwest Airlines
Car rental provided by Hertz
Two-night stay at Intercontinental Buckhead Hotel
OFFICIAL CONTEST RULES
Southwest Airlines - Spot the Peach Contest

1. To Enter:  No purchase or obligation necessary.  Contest runs February 13, 2012 from 9:00 am CST – 6:00 pm CST.  To enter without purchase or obligation, submit a picture, with one of our peaches (appearing in Austin, Texas; Baltimore, Maryland; Chicago, Illinois; Denver, Colorado; or Houston, Texas) to @SouthwestAir on Twitter, using the #AtlantaAtLast hashtag. By entering, Entrant grants Sponsor an irrevocable, perpetual, royalty-free, freely transferable license to use the picture for all purposes, in any and all media, whether now known or hereafter devised.  Entries may not violate any third party rights nor use any third-party intellectual property such as logos, trademarks, copyrighted  or background signs.  Entrants acknowledge and agree that their entry does not violate any rights of privacy or publicity and that they have the written permission of those appearing in their picture to submit their image.  Entries must not disparage; contain material that is inappropriate, indecent, or vulgar; or promote bigotry, racism, hatred or discrimination based on race, gender, religion, sexual orientation.    All entries will not be returned.  Entries limited to one (1) per person. Any person found using multiple Twitter accounts to enter will be found to be ineligible.  Anonymous entries will be considered invalid.  You warrant your picture will not be sexually explicit, unnecessarily violent or derogatory.  It cannot promote drugs, alcohol, or firearms.

2. Selection of Winner: On or about February 14, 2012 at 5:30 pm CST, members of the Southwest Airlines Emerging Media Team will review all eligible entries received and choose a winner.  The judges will be judging on the following qualities:∙ Creativity and Originality: 20%∙ Entertaining: 25%∙ Southwest Appeal: 35% -  entry should reflect our Culture and Fun-LUVing Attitude.∙ Rules: 20% Read and complied with the official rules. Prizes are guaranteed to be awarded.

3. Prize: Five (5) Grand Prizes to consist of two (2) roundtrip tickets on Southwest Airlines (APV for Southwest Airlines tickets is $420), a two-night (2) hotel stay at Intercontinental Buckhead Hotel (APV for Intercontinental Buckhead hotel stay is $400), one (1) Hertz car rental gift certificate (APV for Hertz gift certificate is $100). Airline tickets are subject to Southwest Airlines terms and conditions; certain restrictions and blackout dates may apply. Airline tickets awarded will be open origination and open destination and will expire on 2/14/2013. Tickets issued by Southwest Airlines will bear the date of issue and the date of expiration.  Expiration dates will not be extended, and tickets will not be refundable or redeemable for cash or credit at any time, nor will tickets be replaced if lost or stolen.  Tickets may not be sold to a third party. Tickets valid on Southwest-operated, published, scheduled service only.  Hotel stay is based on double occupancy.  Room availability may be limited and certain dates may be completely excluded. Hertz rental restrictions will apply to use of the gift certificate. If a winner does not meet the requirements for the rental car, (such as being at least 25 years or older with a valid drivers’ license and a major credit card in his/her name) that portion of the prize will be forfeited in its entirety.

4. Eligibility:  Contest open to all legal US residents, 21 years and older as of February 13, 2012.  Employees of Southwest Airlines Co., AirTran Airways, Inc., and their advertising and promotions agencies, and their immediate families (spouse and parents, children and siblings and their spouses) and individuals living in the same households of such employees are ineligible.  Void where prohibited or restricted by law.  Contest subject to all applicable federal, state, and local laws and regulations.  By participating, entrants agree to these official rules and accept decisions of the Sponsor as final.  Void in Puerto Rico and where prohibited by law. The promotion is offered in the United States only and shall only be construed and evaluated according to United States law.  Do not proceed in this site if you are not located in the United States.

5. To Claim Prize: Potential winners only will be notified by Southwest Airlines via e-mail, and potential winners must provide valid address (No P.O. Boxes).  Unclaimed or undeliverable prizes will be forfeited and awarded to an alternate winner.  Prizes are guaranteed to be awarded.  Acceptance of prize constitutes permission (except where prohibited) to use winner's name, hometown and likeness for purposes of advertising, promotion and publicity in any media without additional compensation.  Potential winners must execute and return any required affidavit of eligibility and/or liability/publicity release within one (1) day of notification attempt or prize will be forfeited and an alternate winner may be chosen. If a potential winner cannot be contacted, fails to sign and return the required affidavit of eligibility and liability/publicity release within the required time period, or if a prize or prize notification is returned as undeliverable, potential winner forfeits prize.

6. Limitation of Liability: Neither Sponsor, nor their affiliated entities, are responsible for printing or typographical errors in any related materials; stolen, fraudulent, entries or mail; or transactions that are processed or lost due to computer or electronic malfunction.  Winners are solely responsible for payment of all federal, state, and local taxes on prize and for any travel or other expenses not specifically mentioned in prize description.  Sponsor reserves the right to cancel or modify Contest if fraud or technical failure compromise the integrity of the Contest as determined by Sponsor in its sole discretion.  This Contest offer is being made exclusively by Sponsor.

Sponsor not responsible for technical, hardware, software or telephone failures of any kind, lost or unavailable network connections or fraud, incomplete, garbled or delayed computer transmission whether caused by Sponsor, user, or by any of the equipment or programming associated with or utilized in the promotion or by any technical or human error which may occur in the process of submissions which may limit a participants ability to participate in this promotion.

7. Winner's List: To request a Winner's Name List, send a self addressed stamped return envelope, after February 12, 2012, to Southwest Airlines Emerging Media.  All requests must be received by March 13, 2012.  Utah and Washington residents may omit return postage.

Jordan_Mills
Not applicable
What if we don't do twitter? You're leaving us out in the cold!
25 Loves

Rachel_Blackney
Not applicable
At the Chase Tower in Houston and no Peach is here and noone at building knows about the peach?
23 Loves