Flashback Fridays: A Double Look Back at Denver 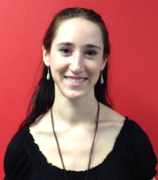 As this summer’s Archives Intern at Southwest, I’m honored to be able to follow in Brian’s Flashback Fridays’ footsteps.  This week, I start that journey by taking a look at Southwest’s history of service to Denver.

This week marked 30 years since Southwest’s first flight to the Mile High City, so it seemed the perfect topic for me to embark on my first archival excavation to see what I could uncover.  My research turned up a wide variety of artifacts that highlight the diversity of materials Southwest keeps in its archives to remember its history, which you’ll see at the end of the post.

Southwest first began service to Denver Stapleton Airport on May 26, 1983, serving Albuquerque, El Paso, and Phoenix. Fares from Denver to Albuquerque started at only $55 for Executive Class (peak)and $40 for Pleasure (off-peak, after 7:00 p.m.). Through a subleasing agreement, Southwest shared Gate 29 in Concourse D with Ozark Airlines and started off with just 16 Employees.

According to Southwest tradition, an opening party was held to welcome the first arrival at 7:55 a.m. from Albuquerque and to send off the first departure at 8:15 a.m. This photo shows Colorado Governor Richard Lamm, Denver Deputy Mayor Harold Cook, Station Manager Carl Warrell, and other dignitaries joining Herb Kelleher for the traditional ribbon-cutting ceremony.

The photo above shows a better picture of Gate 29 decked out in Southwest red, orange and gold decorations. It appears there were a lot of Customers wanting to be on that inaugural flight! If you look at the window on the right, you can just make out the Southwest logo on the tail of the Boeing 737-200 preparing for this special flight.

New schedules had to be printed, of course, to include Southwest’s newest station.

Southwest ended service to Stapleton Airport in 1985 due to overcrowding of the airport that led to long delays. Stapleton accounted for half of all of Southwest’s systemwide delays, and, at the time, it was not possible to lease any more gates to provide better service. With the purchase of Morris Air in December 1993 Southwest, technically provided service to Denver as it continued the subsidiary’s flights until Morris was fully merged in the summer of 1994.

This picture, which ran as the cover of our Employee newsletter LUVLines in February 2006, shows CEO Gary Kelly celebrating the opening with a super-sized plastic champagne glass.

The Archive’s mission is to collect artifacts that represent not only the work of Southwest, but also its Fun-LUVing Attitude and Culture. Case in point, if you walk into the Southwest Archives, one of the first things you’ll notice is that we’ve even stored Gary’s champagne glasses from this event.

Southwest now operates 19 gates at Denver International Airport with 1,715 Employees. Denver is Southwest’s fifth busiest airport in terms of daily departures with service to 55 airports. Now that’s something to cheer about!
5 Loves

Why is there no alcohol

Why do people fly southwest?

Duffel bag and carry on suitcase