Flashback Fridays: A Look at Headquarters Past

Those of us hired after 1990 weren’t able to experience the old Southwest Headquarters facility at the former Braniff Love Field Concourse.  For a little more than ten years, this unusual building served as the heartbeat of our system, and it was the first example of Southwest coming up with alternate uses for the many gates that were left empty when the other airlines moved to the DFW Airport.  Besides our Headquarters facility, at one time or another, our Crew Base utilized old gate space, as did our University for People and our Customer Support and Services Department's Source of Support Team (formerly known as the Reservations Resource Center). 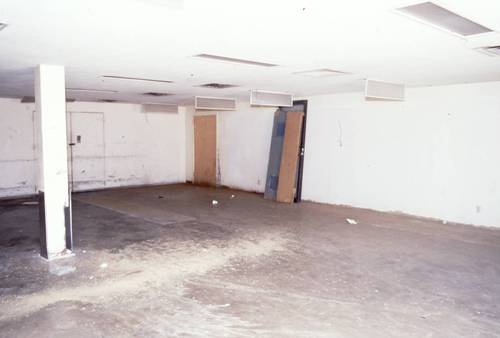 The Braniff concourse was left empty on January 13, 1974, when the carrier moved its flights to DFW.  That same year, Southwest would move Headquarters from the original 1920s passenger terminal on Love Field Drive to an offsite office park on Regal Row.  Five years later, Southwest moved back to the airport into these empty gates.  As part of the process to turn gates and operational space into offices, the concourse was stripped (above) so it could be remodeled.  This photo looks like the ground level where Braniff probably had operational offices. 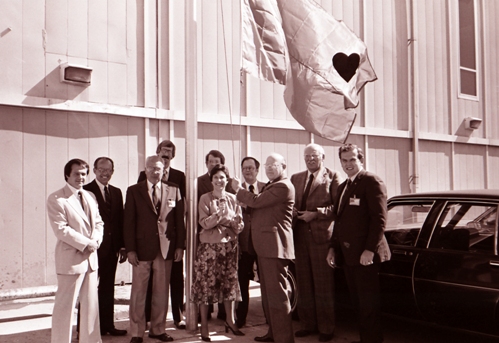 A longtime Headquarters tradition is flying the Southwest flag.  The photo above shows some of our Headquarters staff and Officers raising an early version of the flag on the flagpole in front of the then-new facility.  President and CEO Howard Putnam is second from the left, and the tall man with a mustache in the background is Executive Vice President Gary Barron.  Bill Franklin, another EVP, is second from the right, and at the far right of the group is Vice President Harold Riley.  Longtime Vice President and Original Employee Camille Keith is standing next to the flag pole. If you look at the building's siding above Howard, you can see where a former jetbridge opening has been covered over.  These Employees are standing where the ramp area was once full of aircraft when Braniff used the building. 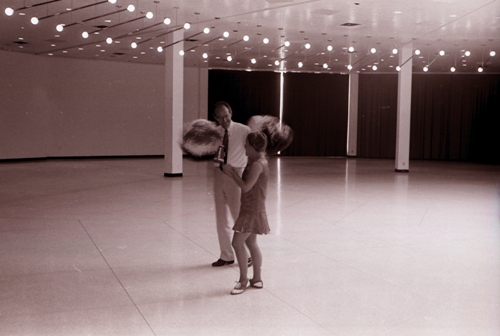 Inside, we see the rotunda area of the concourse, which was being used as a gathering area to celebrate Howard’s birthday.  (Due to his short stay with Southwest, these photos would have been taken between August 1, 1979 when the building opened and September 22, 1981.)  Braniff had commissioned the noted artist, Alexander Calder, to design the interior of their facility, and we see that his unique light fixtures made the transition from crowded Braniff concourse to Southwest Headquarters gathering space.  By the way, that’s Howard with the “cheerleader.” 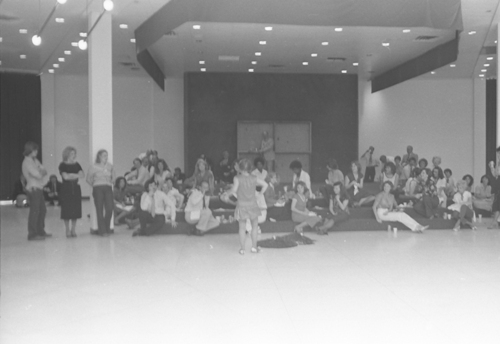 Above is a view of the crowd gathered for the celebration, and we see a different angle of the rotunda. 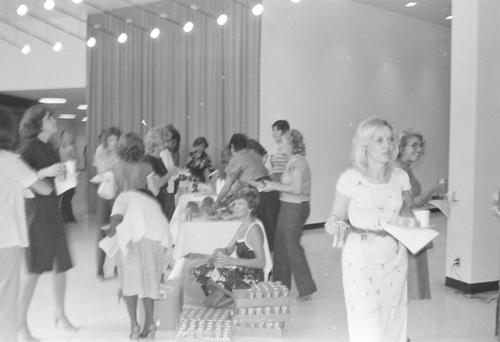 The next photo is a view of the refreshment table.  Unfortunately, the focus on many of these photos is less than sharp, but at the left of the photo behind the woman in the dark dress, you can see the hallway that originally led down the concourse. 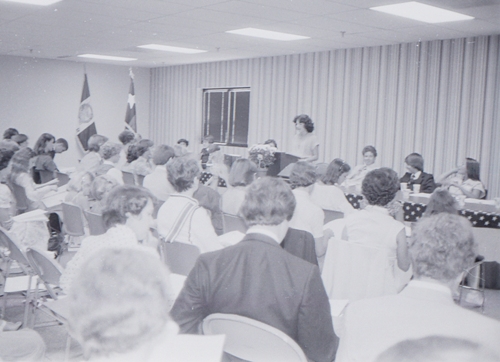 I don’t know what the occasion was for this final interior photo, but it looks as though one of the areas beneath the former gates is being utilized for some kind of meeting area.  Due to the window pattern, I am guessing that this was on the ground floor. 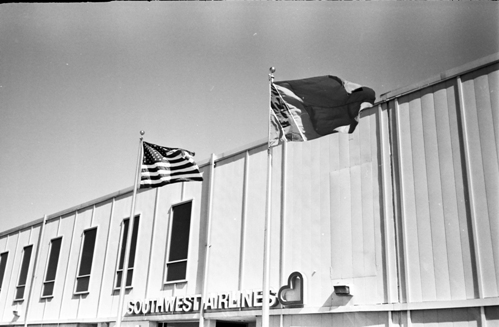 We close with the Southwest flag and Old Glory waving over our old Headquarters at the Love Field Terminal.  This portion of the building was the first section to be razed during the modernization project currently underway.  Southwest’s new Cargo and Provisioning Building is in this same general area.  Located farther to the left and out of site of the photo, the walkway from what was the Braniff ticketing wing to the concourse and a small section of gates has been put back into use to serve as Terminal One for United and Delta while the main terminal is being remodeled.  Last I heard, most of what is left of that portion of the building will remain after the project is completed.  In 1990, our current Headquarters building opened.  It is still on airport property, but it is located next to Denton Drive across Runway 13 Right/31 Left from the terminal.

Even though it only served us for a decade, the old Headquarters in the Braniff Concourse serves as a symbol of Southwest’s transition from a tiny intrastate airline serving three Texas cities to an airline that carries the most domestic Passengers.  It’s also ironic that the first part of this growth pattern came in a facility originally operated by the airline that wanted most to put Southwest out of business.