Flashback Fridays: Keeping up with the CARdashians 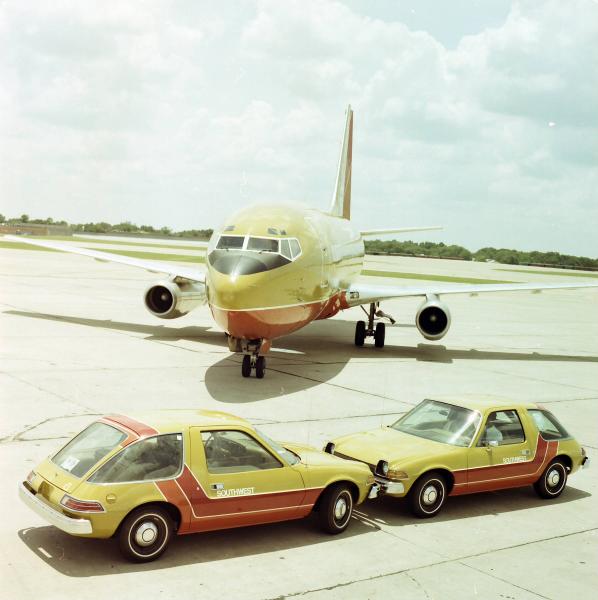 Our desert gold 737s have been a recognizable fixture of the skies over Texas and surrounding areas for over 43 years now.  And for a few years in the 1970s, a small fleet of compact cars painted in a similar livery were also seen around the major cities and airports we served. 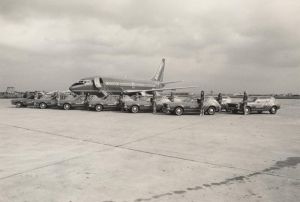 Although more prominent later in the decade, the earliest image of a Southwest Gremlin I’ve come across is from shortly before our first anniversary in 1972 following the opening of our second station in Houston at Hobby. 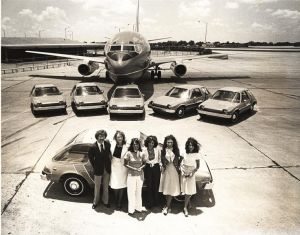 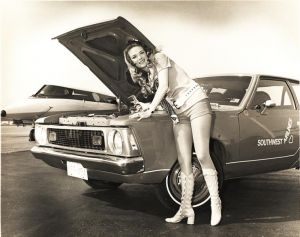 Hostess Sally Glenn tunes up her Gremlin in a photo recognizing her as Miss Transportation of Dallas, a completion among 15 Dallas women working in transportation-related fields.  I particularly liked the Lear 23 in the background. 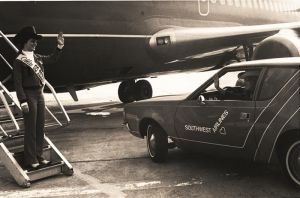 This unique photo shows one of the Miss Go Texas winners from the mid-70s waving to our Gremlin driver as she descends from one of our 737s.  The cowboy hat on our Gremlin driver wasn’t a uniform requirement, but it certainly adds something extra to this very Texas scene. 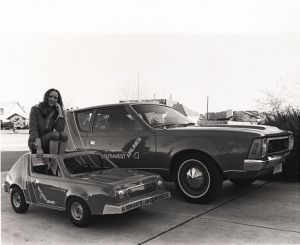 By 1974, our Gremlins and Pacers had made enough of a name for themselves that we decided to invest in a smaller model.  This miniature Gremlin is labeled with the words Al Komray’s American Center and could be seen around Headquarters during various cultural events.  While it was mostly on display, this miniature car actually had a fully-functional design (without the fully-functional horsepower). 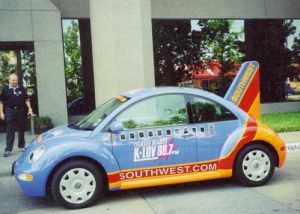 And finally, my predecessor also covered a somewhat recent vehicle to replicate a LUV bird, only this time, a LUV bug.  Dallas radio station KLUV partnered with us for a joint promotion featuring a canyon blue VW Beetle complete with a tri-color vertical stabilizer (minus an operative rudder). 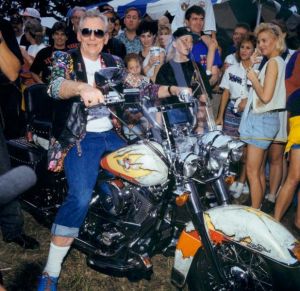 Today, we may not see too many automobiles on the streets of Dallas that resemble any aircraft in our fleet, but rumor has it that a certain San Antonio attorney originally from New Jersey  does have one of his vehicles tucked away in the aft galley of a very memorable retired -300.
6 Loves