Running a Race in All 50 States

My husband, Denecio, wants to run a half or full marathon in every state in the U.S. He started this journey back in 2015 after his first half marathon in Atlanta, Georgia. For him, running is a way to test his limits. He seeks to get better and faster with each race. This challenge also allows him to sightsee and travel, which are both passions of his.

So far, Denecio has checked off Georgia, North Carolina, Tennessee, Illinois, Virginia, Florida, Louisiana, and Rhode Island from his list. Later this year, he will be running in Colorado and Texas—that will make 10 completed races!

When Denecio isn’t running the race, we both enjoy exploring the city we’re in for a few days. We love taking in the food, sites, and culture of each city. This is a long time goal for us, and it honestly wouldn’t be possible or attainable without Southwest’s low fares, Transfarency, and Rapid Rewards program. We fly with Southwest for every destination we can! 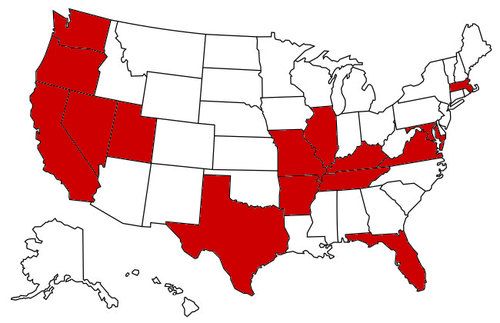 I'm glad to say I've flown SWA to each of these races!  With the announcement of new routes to Hawaii, now there are only a couple remaining states that are hard to reach on Southwest (most notably Alaska) - but we'll get to as many as possible on SWA!!!

This is fantastic!! Good luck to your husband!! And what an amazing time for the two of you as you travel to each race!