Southwest Airlines started in 1971 as a mighty airline with only three aircraft. Last Thursday, almost 46 years later, we reached an exciting Southwest milestone by taking delivery of our 737th brand new 737!

To mark the occasion, Boeing hosted a ribbon cutting and signing ceremony at their Seattle Delivery Center. On hand to officially accept the 737th (N8533S) were Southwest’s Managers of Aircraft Field Services Bill Rogers and Peggy Hain.

Bill and Peggy are based in Seattle to ensure that every 737 we accept meets Southwest’s standards. Bill has overseen 545 new aircraft deliveries since joining Southwest in 1991, and Peggy has accepted almost 100 new 737s into the Southwest fleet since joining us in 2009. I truly appreciate the hard work that Bill and Peggy put into every new 737 delivery we take for our Customers and Employees and the excellent relationship they maintain with Boeing.

Additionally, Captain Jim Tomallo and Captain Jeff Wolf were at the event and flew the new plane away for the Southwest Family. Jim and Jeff graciously agreed to represent all the Southwest Employees who made the milestone possible by joining Bill and a Boeing representative in signing for the 737th.

Now that the 737th is officially our plane, it will undergo installation of winglets and WiFi before its final make-ready visit with our Tech Operational Team. Then, it will take to the skies, and Southwest will maintain the distinction of being the world’s largest operator of an all-Boeing fleet.

We appreciate all of our Employees and Customers for helping Southwest grow from those first three leased aircraft into an airline that now flies to 101 destinations and serves more than 100 million Customers each year with legendary Southwest Hospitality. Thank you!

Always great to hear about new planes for us. Hopefully they considered leg room for us taller people because that part has been overlooked for the past few planes.

You guys leased a couple of 727s from braniff for a bit.  Cannot recall why but it was kind of an oddity 😁 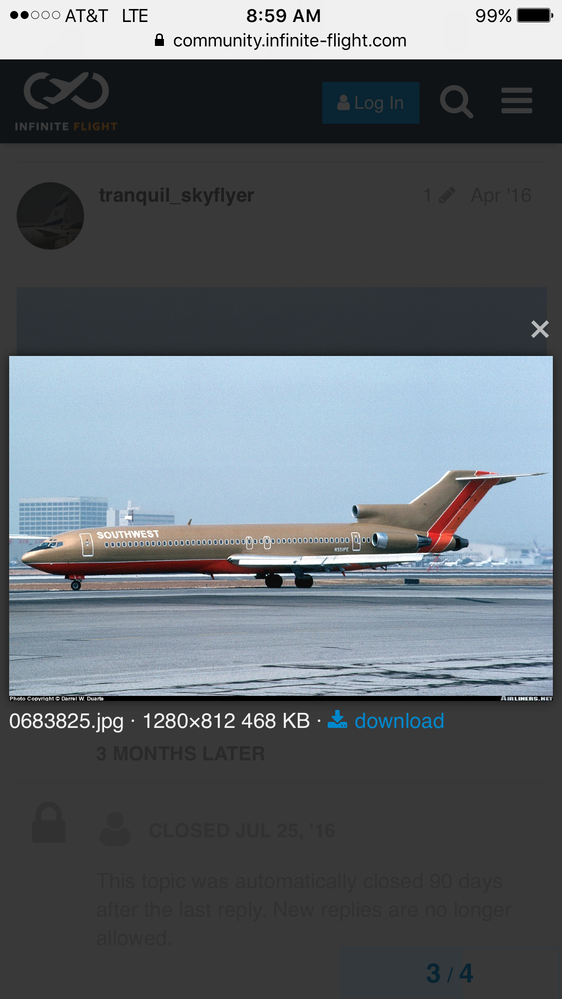 It's great to see a domestic airline continuously updating their fleet , keep it up.  Would be absolutely phenomenal if one carried customer to Hawaii soon 🙂

My wife and I had a great flight BWI-Albuquerque last week, on one of your new 737-800's. Loved the new interior! One suggestion: now that you've added in-flight WiFi, we need power! That is, it would be great to have a USB charging port at each seat. (If we were still traveling with young kids, that would be manna from heaven.)

Thanks, and keep up the good work. We fly SWA whenever we can. Nobody does it better.

I first flew SWA in the mid-seventies, then was a frequent "stand by" flyer during my time as a travel agent right out of college. I took my mom to Dallas for Mother's Day in 1981; it was her first commercial jet flight! My most recent flight was round-trip to Portland in April.

I'm happy to see all the new additions, upgrades and general love coming from Southwest these days. You're simply the best airline in the world, hands down (or up if you feel like some high 10!).

Thanks for 46 and counting. Looking forward to the flights to come, and hoping to get to check out the new 737-800!!