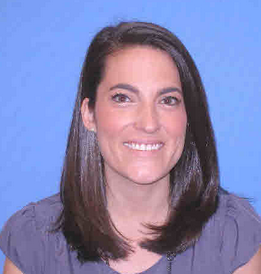 I’m in the City of Festivals on this summer day with a few Coworkers from Marketing to talk about Rapid Rewards.  We’ve been doing a lot of that across the country as we continue to successfully gain new Customers and build the membership base of our award-winning loyalty program.  But here in downtown Milwaukee, the message really resonates in a unique way.

As a sponsor of the Milwaukee Downtown Association’s Downtown Employee Appreciation Week, we’re spending some time sharing the Southwest story with the folks who make this one of the most vibrant city centers in the Midwest.  And we’re giving them a chance to try Southwest by matching the currency they’ve accrued in another carrier’s frequent flyer miles with valuable Southwest Rapid Rewards Points.

Volatile changes in the landscape of Milwaukee air service has left many travelers with few options to cash in on the rewards of their loyalty.  Other carriers have either gone under or greatly reduced their presence in the market while Southwest’s touchdown here in November 2009 has continued to grow.  By November of this year, Southwest will offer 34 daily departures (up from our current service of 17 departures a day) as we continue the integration of AirTran Airways into Southwest.

Of course, it’s not all business—we’re also having some Southwest fun!  We hosted an enter-to-win contest for Brewers’ tickets and handed out bag tags.  As the sponsor of Opening Ceremonies, we received a lot of support from the Milwaukee Downtown Association, and it generated buzz to visit our tent for more information on the promotion.

If you’re unable to make it down to Red Arrow Park in downtown Milwaukee tomorrow (we’ll be back under the tent from 10:00 a.m. to 2:00 p.m.), Wisconsin residents can still take advantage of this offer until August 31.

To take advantage of this one-time offer, Wisconsin EarlyReturns members should take the following steps:

To take advantage of this status-matching offer, EarlyReturns Ascent and Summit members should take the following steps: