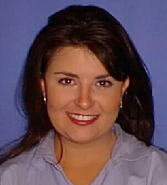 The Eyes of Texas are upon Southwest Airlines as we announce a five-year sponsorship with The University of Texas. Done deal. Beginning this Fall, Southwest Airlines will be the Official Airline Sponsor of UT Athletics and the Texas Exes.   What does this all mean?

For starters, we are following Coach Mack Brown’s orders to “Come Early, Be Loud, and Stay Late.”  40 days before the Texas Longhorns kickoff, Southwest celebrated big with a “Texas-Sized” celebration at Austin-Bergstrom International Airport, as an already legendary Athletic Program just got better with Southwest Airlines as part of the Longhorns Family.  Can I get a “Hook ‘em Horns!”?

Be on the lookout for our red belly beauty all over the Forty Acres.

If you have the opportunity to make it to Darrell K Royal – Texas Memorial Stadium to watch the Longhorns Football Team, you will see Southwest Airlines featured on the magnificent videoboard as well as numerous other digital signs around the stadium.  Pay special attention to our in-stadium promotional display and on-field challenge. With 858 wins and ranked 2nd as the winningest football team in the NCAA, the Horns hardly disappoint—especially at home. Throw your horns up and show your Southwest pride, as this partnership was simply meant to be. 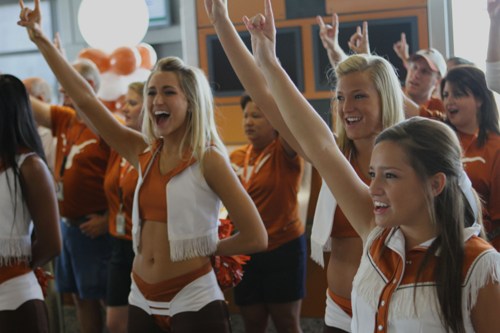 Come November, head across campus to the Frank Erwin Center to see some Texas Longhorns hoops and our beautiful courtside signage and on-court promotion. Later, beginning in February 2013, take a stroll across I-35 to Disch-Falk Field to watch the legendary NCAA Division I College Baseball Program. The Southwest Airlines sign will be prominently displayed behind home plate for all home games as the Longhorns Baseball team fights their way back to Omaha. After all, the Horns hold the record for the most appearances at the College World Series and most individual games won.

Sorry to boast, but I love my Longhorns!  Okay, I’m not done yet … Southwest also will have a presence at all regular season home Soccer Matches and we’ll have permanent signage in Gregory Gym for all home Volleyball Games. Finally, if you happen to flip through a Longhorns Playbook, Yearbook, Applause Magazine, or The Alcalde, check out our spirited print ads. In print, in-arena, in-stadium … the Spirit of Southwest will have tremendous presence among arguably Austin’s biggest passion point—the University of Texas.

With all this exposure you would think this is enough, but not for this Champion Airline. Southwest Airlines also will be an Official Corporate Sponsor of the Ex-Students’ Association of the University of Texas, the Texas Exes. This is huge as we will have opportunities to communicate with UT Alumni through print publications, direct mail, and digital methods including e-blasts to this massive, elite database, reminding alumni everywhere they are just a Southwest Airlines flight away from coming home to the Forty Acres. 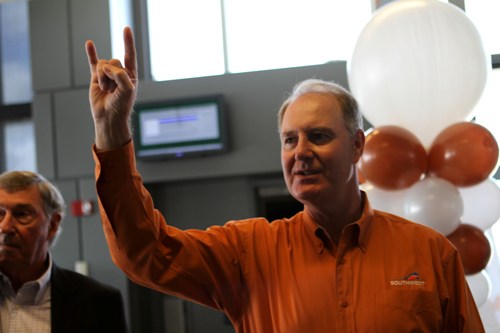 So why sponsor University of Texas Athletics? This Sponsorship just makes sense, especially as Austin continues to grow. From 2000-2010, the population of Austin grew by more than 20 percent. With an increased population, we must increase our Southwest presence. This year, Southwest began new routes from Austin to Atlanta and Washington Reagan, as well as seasonal service to Portland. Southwest currently operates 57 weekday departures from Austin, serving 21 nonstop destinations. With increased capacity of 12.5% since last summer and more daily flights, daily seats, and nonstop destinations than any other carrier in Austin, Southwest can get you to the away games easier than any other carrier! Last year, Southwest carried 38 percent of the domestic market from Austin, ranking #1 in market share. As I mentioned earlier, this Champion Airline will not stop … we want to increase that market share and revel in the passion of Austinites by sponsoring the home team. If you ever question the local passion, just count the number of UT logos you see around AUS. 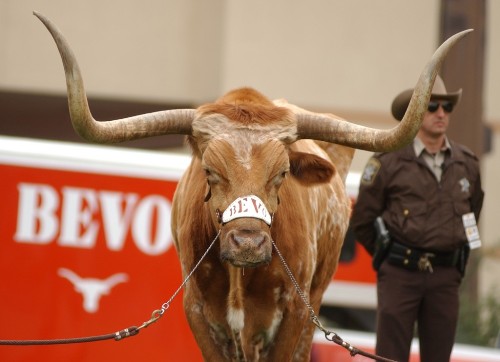