Can't wait to go to the Sunset on the Beach event by Southwest!

I am going! Who is with me? Maybe we can watch the movie together! 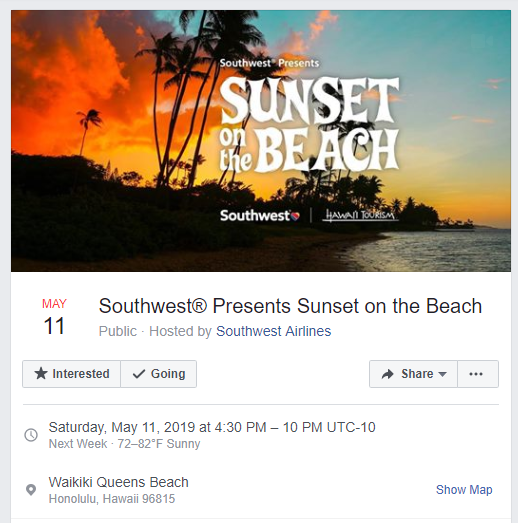 Please let us know how it is for those of us stuck at home or work.

It was really fun! The stage shows were awesome! Love the free popcorns, all very Southwest Airline colored popcorns!

Maybe talk about Southwest Airline careers would be nice also.

Anyway, it was great! Had a good time!