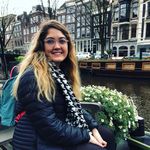 View all badges
Topics mcminnemily has Participated In

Re: Meet our May Star: Specialist Ops Support Susi...

by Rock-T |
Employee
in Blog
Wassupper Susie!!! Keep up the Awesome work you are doing.... Great example of Using Your Influence!!! ... View more

Re: Making a Difference Through The Medical Transp...

by Martr152 |
Employee
in Blog
It is so wonderful that you do this and that new hospitals\health systems are able to join the program. This is one of those things that I would love to read about every so often in the Southwest Magazine. You may have posted about it in there before and it slipped my mind so if you did I apologize, if not though, it would likely be a wonderful, uplifting read for many especially if you can share some of the positive outcomes too. ❤️ ... View more

Re: You Made Our Day! Gratitude, Travel Thanks, an...

by CareforNOLA |
Employee
in Blog
@kchilcott, I also like the employee empowerment within Southwest.  I am sorry you missed the level.  Could have been the employee or the day or something unrelated to their work.  Or they may have had to close the door on that rule because of too many passengers making the request.  I once took a short Christmas eve hop to make the Companion Pass criteria.  Not my preferred way to spend Christmas eve, but I wanted to make the CP criteria, so I took a flight (and a good book).  Reading the stories in the SW magazine and here on the Stories board makes me think that, thankfully, they still allow a good bit of flexibility (unless it jeopardizes safety, of course).  I hope you hit the 25 flights this year. ... View more

Behind Every Employee is a Story

|
Employee
in Blog
8 Loves
8 Loves
Employees are the Heart of our business at Southwest. They help us connect People to what’s important in their lives through friendly, reliable, and low-cost air travel. We know from our 2017 fall campaign that behind every seat is a story, but there’s also a story behind every Employee across the system. SMF Ops Agent Jay Thomas and DEN First Officer Mike McGee are no exceptions.   At the age of one, Jay was adopted. He always knew that he had blood relatives somewhere and had a desire to meet them. Jay began his career with Southwest in 1998. Three years ago, he had the opportunity to meet his brother and discovered then that he also had a half-sister whose son flew another airline. Jay’s nephew, DEN First Officer Mike McGee, began his career at Southwest in summer 2017 and their fateful meeting became a reality this past October when Jay heard about his nephew’s new job at the Company.   After Mike completed his Pilot training, a Family Member reminded him that he had a distant uncle that worked for Southwest. OAK Captain Michael Butler was aware of Jay’s story and was flying with Mike one day when he mentioned that he “might be related to someone who works at the SMF Airport.” The next morning when Mike returned to the airport, the SMF Team sprang into action and arranged for another Ops Agent to work Jay’s flight so he could be available to meet Mike. As Mike walked down the jet bridge to get on the plane, he saw someone that looked exactly like one of his other uncles. It was Jay, overwhelmed with emotions, running down the jet bridge to meet his nephew for the first time.   “I got goosebumps. It’s weird because my brother is my only blood relative that I've met so being able to meet my nephew was a special moment. He is funny, nice, and has a good head on his shoulders,” Jay said.   The following trip to Sacramento, Mike had the opportunity to meet Jay’s entire family. “It was an unforgettable experience, and I hope to see a lot more of them in the future,” Mike said. This summer, Jay and his wife are planning to take a trip to Denver to meet more of his extended family. Mike and Jay have also promised to see each other more often.   All of our Employees at Southwest contribute to the Company in a unique way. Our Employees each have their own story—that’s what makes Southwest Airlines such a special place to work. ... View more
Categories:

by TheBarefooter |
Employee
in Blog
1 Love
1 Love
Love this:  “You’ll never know the impact you can have on someone’s day if you never try.” —Chris Smith, ... View more