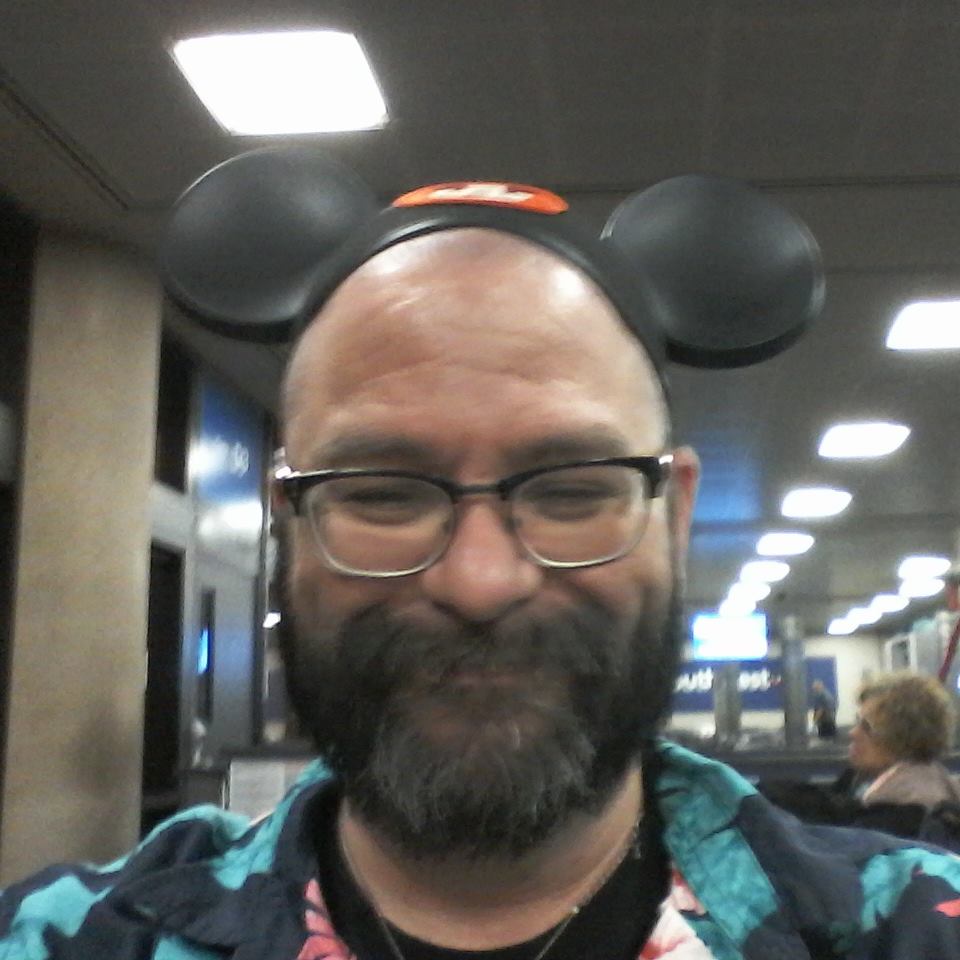 Re: Update on SeaWorld Partnership

by rsussmann |
Not applicable
in Blog
3 Loves
3 Loves
Dear Southwest: You are doing the right thing. What is not being seen is that there is a heavy level of deceit on the part of the film makers of Blackfish, and that their agenda is to destroy the decades of research on marine life. This backlash against SeaWorld isn't due to rational thought. Your team has made it clear that your partnership with SeaWorld will continue, and this I support fully. Many people do not understand the actual story as it has been covered over by CNN and other sources in attempts to gain money from the film, rather than to understand objectively what SeaWorld does. Thank you for being a responsible corporate partner - and not following the route that CNN and the creators of Blackfish have taken. R.D.S. 1/9/14 ... View more

Re: Flashback Fridays: Farewell to a Friend

by rsussmann |
Not applicable
in Blog
2 Loves
2 Loves
I am deeply saddened by this- Even with my historical mind of aviation, Brian's was far beyond that. His history of the airline industry, of LUV and others, is still one of the greatest gifts I enjoyed over time. Reading his stories of youth (and his Father's experiences on the line) up to his posts about LUV you get a sense of the love of aviation and a passion that is hard to match among historians and airline enthusiasts. I know I will miss his updates, his showing of history of LUV and for a total passion for LUV. It would not be inappropriate for LUV to be shown on a 737-8H4 for Mr. Lusk- as I know he'd look down on it knowing he inspired quite a few of us. I think he'd look down on it as being a tribute to a man who sits with R.E.G. Davies & Robert Serling. ... View more

by rsussmann |
Not applicable
in Blog
3 Loves
3 Loves
Hey Brooks: A question for the Handicrapped out there like me.... The current interior was -great- for those of us who need the removable armrests to get into the seats... Please tell us that those haven't changed! ... View more

by rsussmann |
Not applicable
in Blog
2 Loves
2 Loves
Brian, I just figured out how to put an account in- I used the handle NotSoHappyShortHauler- (I'm afraid I'm just not as technically savvy as I should be) The reason I stated what I did was this- I wouldn't mean disrespect to any member of Southwest's family- I consider all of the fine folks there to be the best in the industry. Don't get me wrong- I do have a lot of LUV for Southwest. re: My beancounter comments: I apologize- I know that Gary Kelly has been with Southwest for a long time, as have a lot of the staff therein; it's rare for a company to hold people for that long and with such a great attitude as well. The person I was referring to was Ryan Green. I don't know too much about him, I'm afraid- and I don't recall seeing too much of his name in the past- save a few posts on the blog. Let me explain: A lot of bad decisions in the past have been due to people saying that 'It's broken, it must be fixed' when all it really needs is a tune-up. Having spent quite a while studying airlines (As one person said, I've got Jet-A in my veins) I've seen people come into organisations with great 'new' ideas that have been culled through their education. The sad reality is that these same people also pick up bad ideas and trends from looking around and seeing other things going on. I don't mean to say all of these ideas are bad necessarily- but the decision to alter Rapid Rewards so drastically so quickly to me appears to be influenced by trends in the airline industry as a whole. Knowing how well Southwest hires and trains people leads me to belive that Mr. Green was chosen by his attitude, his skills, and his abilites, I don't question that- or those of anybody else at Southwest. But the decision to alter RR so drastically is just not in character from what I've seen of Southwest as a whole. The old RR allowed me to save up for vacations, etc. that I would not normally be able to do. The new one will take many round trips for me to accumulate enough points to work with. I understand where there is a need for change, to help offset the costs of a FF system. I don't understand, however, such a drastic change overall. To the reviewing administrator: I don't necessarily need this posted- but I thought I should apologise to Mr. Lusk- I didn't word my statements correctly- and I wished to say that to him. ... View more

by rsussmann |
Not applicable
in Blog
1 Love
1 Love
Brian, I respect the work you (and your father) have done with everything not only here, but at Continental too. (Yes, I read Airliners and Airways regularly) I'm stunned that Southwest hasn't seen the outcry- of all the posts I've read here, and via other sourcs, it's nearly 94% AGAINST the new system. It makes NO sense except to a beancounter MBA with an idea to increase ancilliary revenue streams- and lose focus on what Southwest has focused on for a long time: Simple, efficient, easy, reliable and LUV-Filled service. The 'new' Rapids Rewards system shows none of that to ANY of your customers- except those with the larger expense accounts. A better solution (Should that fine beancounter MBA with the fancy title and the -total- lack of understanding of what Southwest's history and mission IS) would have been to do this: Keep the old RR system of 'credits'- but change the # needed to get the free trip, from 16 to 20. In order to balance the playing field for those in the longer-haul markets, change the credits awared: 0-750 miles= 1 RR credit 751-1950 miles= 1.5 RR credit 1951 miles plus= 2 RR credit. Now THAT is a simple change that beneifts both Southwest- and it's customers. I've been studying the airline industry since I was all of 6- some thirty years now- and I have a deep passion for the customer-centric cultures that make the world a better place. I can say unless Southwest repeals the changes, there will be a monumental end to the world that we have LUVd for a long time- and the name Southwest will ring the same as American, United or even USAirways. Bring back the LUV. Bring back the OLD RR system. ... View more

by rsussmann |
Not applicable
in Blog
2 Loves
2 Loves
Southwest, shame, shame shame on you. I fly between six and 10 round trips annualy from PHX to SFO/SJC/OAK- and usually no further. At the current rate, it will be between three and four years before I earn enough points to do anything with my 'points' beyond what I'd like to do with them. I mean, REALLY? Whoever is in charge of your customer loyalty program should be dragged out onto the tarmac at Love field, and shown exactly the roots of your most frequent fliers: THOSE OF US ON SEGMENTS UNDER 750 MILES. Remember: Southwest is a POINT TO POINT, HIGH FREQUENCY airline, composed of the majority of their city pairs UNDER 750 MILES. It seems that somebody up there no longer LUVS us who are the short haul fliers... and those of us who BUILT Southwest as the core market of the business. I'm truly disappointed in this- and it makes me very sad that I can actually earn mileage faster by flying on United/Continental than I can on Southwest- even with the fees attached onto them. Somewhere, I think Herb is hitting the bottle of Wild Turkey pretty hard tonight- ... View more