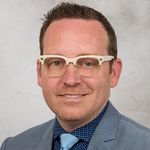 Re: Boarding Pass Notifications on IPhone

by Mecreegan |
New Arrival
in Check-In & Boarding
1 Love
1 Love
Southwest app set to Always. Conversely, United app set to While Using, but no issues with my United passes. ... View more

Re: Boarding Pass Notifications on IPhone

by Mecreegan |
New Arrival
in Check-In & Boarding
2 Loves
2 Loves
I have the same issue on my last several Southwest trips.  The pass is added to the Wallet, but it’s not prompting on the lock screen (though I’m specifically confirming the setting on the pass).  For me, it’s going to a strange place in my wallet, so even in there, it’s a pain to retrieve manually.  Also, I’ve done a trip on another airline among my Southwest trips with this issue, and the other airline passes all worked exactly as I’ve been used to...so I don’t think it’s my phone. ... View more