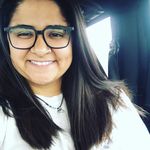 |
Employee
in Blog
4 Loves
4 Loves
The holidays can be a lonely time for those who don’t have family nearby. This past Mother’s Day, my grandpa and I set out to spread a little cheer to a local home for senior citizens in San Antonio by delivering flowers on behalf of Southwest Airlines. Little did we know, we were about to give one of the residents a surprise of a lifetime!   As we delivered the flowers, we arrived on the second floor right outside room 208. I can’t explain it, but I felt compelled to go inside. I grabbed a selection of our prettiest flowers and knocked on the door.   A Surprise Encounter We were greeted by the most adorable woman—Peggy Sunder. I explained to her we were visiting on behalf of Southwest Airlines to show some love for Mother’s Day.   Immediately, Peggy asked for me to repeat where I was from. I reiterated we were visiting from Southwest.   Tears began to fall from Peggy’s eyes as she leapt out of her chair to embrace me in a huge hug. Between tears, Peggy explained she was a former Southwest Employee and had retired over 20 years ago!   I couldn’t believe it! What were the odds we would run into a former Southwest Employee? Peggy explained she believed it was divine intervention that Southwest, her second Family for so many years, had brought her flowers for Mother’s Day.   Making up for Lost Time Over the next few hours, Peggy reminisced about her days at Southwest. She even shared many of her souvenirs she had saved since she began working for the Company in 1987.   After leaving that day, I couldn’t stop thinking about Peggy and her story. Once returning to work, I knew I had to do something for her.   I worked with our local Leadership at our San Antonio Customer Contact Center to bring Peggy in for a day. When Peggy arrived at the Center, she could not believe how much the Company had grown in the last 20 years.   Throughout her visit, she was even able to reconnect with a few old friends. I know this experience is something she’ll treasure forever.   We’re grateful to have reconnected with Peggy and want to wish her (and others) a Happy National Senior Citizens Day! ... View more
Categories: