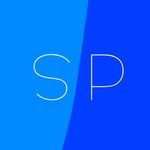 by Skylite_YouTube |
New Arrival
in Blog
1 Love
1 Love
In the early hours of the morning on November 17, 2022, I awoke to a 3:00 a.m. alarm.  At that time, I didn’t know if I’d be flying that day or not, but I’d soon know the answer.  A quick check on FlightRadar24 showed that the aircraft I was trying to catch was still scheduled to operate the flight I had booked the night before, so I made my way to Tulsa International Airport (TUL) to catch a 5:00 a.m. flight to Houston’s William P. Hobby Airport (HOU).  Only one aircraft had the power to pull me out of bed that early—an aircraft I’d been eagerly following closely as it neared delivery.  That aircraft was Southwest Airlines’ brand new retrojet with the tail number N871HK.   N871HK, a Boeing 737-8 MAX has easily been one of the most anticipated aircraft deliveries this year.  The aircraft is a flying tribute to Herbert D. Kelleher, one of the co-founders of Southwest Airlines.  Sadly, Herb passed away in 2019, but his legacy lives on every day in the Company he helped build, and now in the form of his very own aircraft.  And this is but one small part of what makes N871HK special.  Everything about the aircraft, all the way down to the tail number itself is designed to pay tribute to Herb as a person, and Southwest Airlines as a whole.  So, what combination of factors makes this plane so special?   First, the aircraft is appropriately named “The Herbert D. Kelleher.” Meaning Herb will always have a plane dedicated to him, flying around the country as a mobile tribute.  Second, the aircraft wears Southwest’s original livery, often called the “Desert Gold” or “Mustard Rocket” livery. And last, even the tail number is no random number. N871HK has just as much meaning behind it as the aircraft’s paint and name.  Southwest Airlines' first revenue flight took to the skies on June 18, 1971.  (871). And HK is, of course, Herb Kelleher’s initials.  This aircraft isn’t just a pretty coat of paint. It has deep significance to all the Employees at Southwest Airlines.   Now, you may be thinking … didn’t Southwest already have a plane dedicated to Herb?  And you’d be right.  Previously Southwest had three Boeing 737-700’s painted in this classic livery. One of which bore the tail number N711HK. It was also called “The Herbert D. Kelleher,” but it was retired earlier this year along with its two compatriots after nearly 25 years of service with Southwest. This left Southwest’s fleet void of the classic Desert Gold livery for nearly six months. That is until last Thursday.     On November 15, 2022, operating flight WN8701, N871HK landed at Phoenix Sky Harbor International Airport on its delivery flight. The aircraft was then made ready for service by Southwest’s Maintenance Team in Phoenix, and after being on the ground for less than 24 hours, the aircraft was slotted into the schedule. N871HK’s first revenue flight was WN3400 on November 16, 2022, operating between Phoenix, Arizona (PHX) and Dallas, Texas (DAL).  I had been watching this closely and had seen that the first revenue flight the aircraft would operate in complete daylight would be the following morning: WN352 with service from Houston, Texas (HOU) to Orange County/Santa Ana, California (SNA).   This brings us back to my 3:00 a.m. alarm on November 17.  As I mentioned above, after my alarm went off, I promptly checked the aircraft’s scheduling via FlightRadar and saw that N871HK was still scheduled to operate WN352 later that morning.  So, off to the airport I went.  My flight from Tulsa to Houston departed ten minutes before N871HK left Nashville, Tennessee (BNA)—the location of its first overnight stop--and both were taxiing for takeoff at the same time.  My flight from Tulsa was shorter than its flight from Nashville, so after landing in Houston, I was able to eagerly await its arrival at gate 23.      At around 7:20 a.m., N871HK landed in Houston for the first time. It quickly taxied to the gate, where it would turn as it continued to Santa Ana. The flight boarded on time, and at 8:15 a.m., precisely on time, it pushed back with me onboard in seat 20F. The flight was incredibly beautiful and was really the perfect flight to showcase in full 4K. The route for the flight took us directly over the deserts of the Southwest United States. The same deserts and part of the country that this Desert Gold livery was inspired by. The flight landed in Santa Ana on time, and fun fact: the aircraft had yet to take a delay as of its first few days of revenue service.      As always, I recorded the entire flight for my YouTube channel, Skylite Productions.  If you so choose, you can watch the entire flight from start to finish in 4K 60fps in the video accompanying this article and you too can take N871HK’s fourth revenue flight with me. KHKHKk]p     Meet Bryce Rea Bryce is a lifelong aviation & travel enthusiast who has amassed more than 800 commercial flights, covering more than 635,000 miles in the last 10 years.  He holds two aviation bachelor’s degrees, a private pilot’s license, and 15 years of various aviation industry experience.  For seven years he has run Skylite Productions, a commercial aviation-based YouTube channel and Instagram account with more than 82,000 followers. ... View more
Categories: