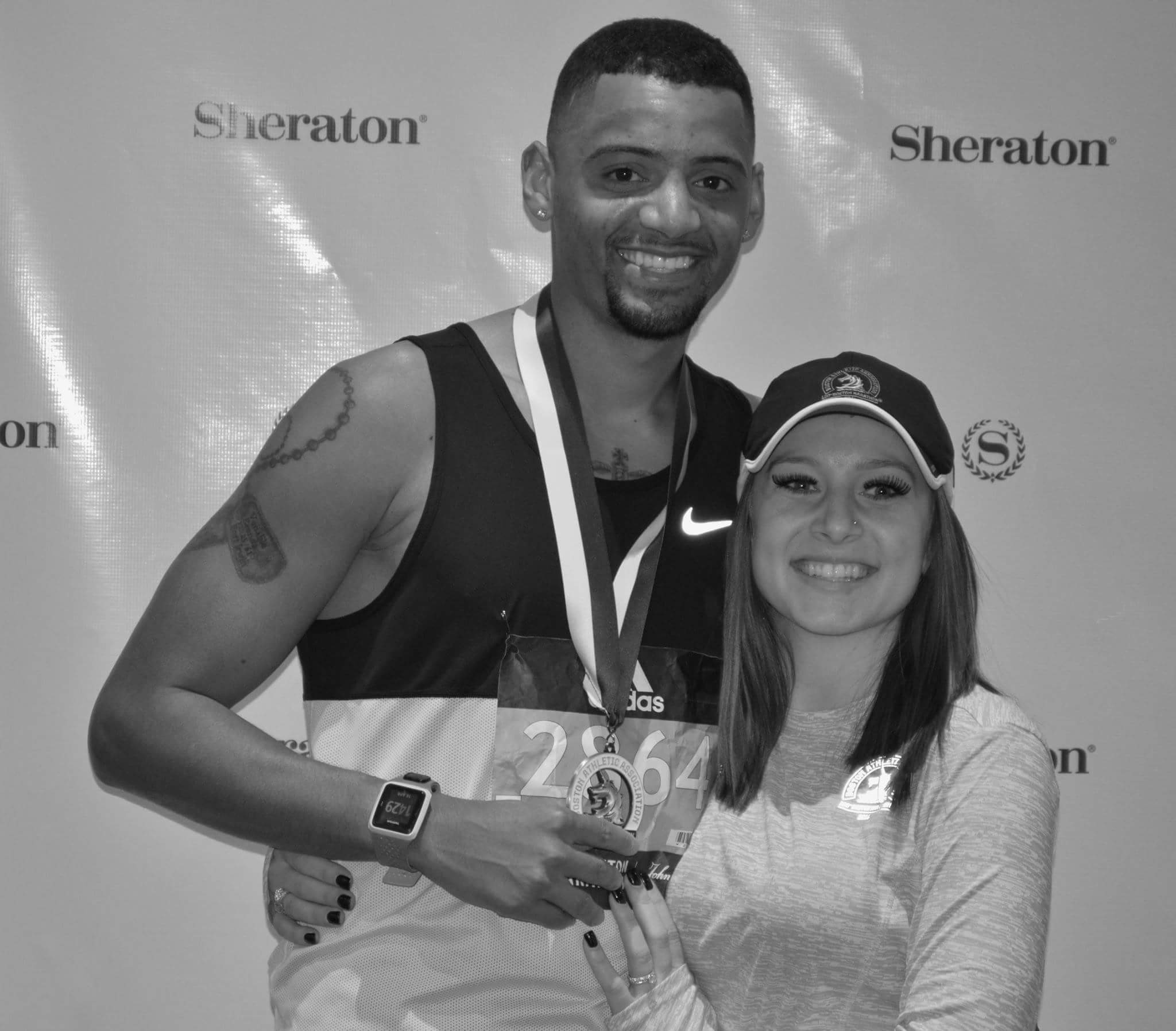 Employee Stories: Running to the Altar

by bvenable |
Not applicable
in Blog
8 Loves
8 Loves
I've been working with Southwest Airlines as a Ramp Agent for two months and I met my now fiancée four years ago at my previous job. Prior to running the Boston Marathon, everyone I work with at T.F. Green Airport in Providence, Rhode Island offered nothing but words of support and inspiration, but little did they know I had been keeping a big secret. I was going to propose to my girlfriend at mile 26 of the race! At first, when I originally purchased the ring (late October 2015), I considered running the marathon with the ring in tow. But, I decided to enlist the help of my family to hold the ring while I ran and then I would grab it from then at mile 26 and propose.  The day of the marathon came and I gave the ring to my mother, who then transported it to my now fiancée's older brother. I had it all planned out, we had about 15 to 20 people coming, and that morning my mom was going to bring my girlfriend to mile 26 and get a spot while our friends and family arrived.  I texted everyone that morning and told them to be on the right side of the road at mile 26 just so I knew where to look because of the crowd size on Boylston street. However, I included everyone in the text but my mother who was the first one at mile 26 and was on the left side of the road with my girlfriend. From the start of the race in Hopkinton all the way to Boston it was an unbelievable experience. The amount of runners and spectators were motivation enough.  For the race I took a conservative approach and wanted to hit six minutes per mile. Due to my previous marathon debut at Disney (I ran 2:56), I was put in wave one and corral three.  So when the gun went off it took me a minute and 20 seconds to get to the starting line because I was around 3,000th place to start. With the amount of runners snaking through Hopkinton it looked like sheep being herded to Boston.  It took me about four miles to get through the crowd and I slowly worked my way up the field. Throughout the race they had Gatorade and water every mile so I made it a point to stay hydrated, and I felt good most of the race. I had a little extra motivation to get to the finish line, but as I continued to pass people every second the crowd came into play big time. They began calling out my number and cheering me on, especially up heartbreak hill at mile 21.  The only issue I had was a little quad cramp at mile 23 but I was fortunate that it went away within a minute. The closer you get to the finish line the bigger and louder the crowds get.  As I turned onto Boylston street and approached mile 26 the crowds were so loud you couldn't hear anything but screaming. I started looking around for my family and saw balloons to the right and headed that way only to realize it wasn't them! Then I heard my friends and family screaming my name (including my Uncle Billy, who is an Operations Agent at T.G. Green Airport). I turned and ran over to my family and tried to get the crowd pumped up. I grabbed the ring from my girlfriend's brother and dropped to one knee in front of my girlfriend, Cait. The crowd lost it and she said YES ... at that moment I was on cloud nine. I gave out a bunch of hugs and high fives and took off sprinting because I was so excited. As I came across the finish line the time read 2:39:19, and that was the icing on the cake. Between the support from my friends, and people reaching out to me on social media sites and through text messages, the day was awesome. When I returned back to work that Wednesday everyone made it a point to congratulate me on the milestone, and I can't help but think how truly lucky I am to not only work for a great Company but to work with great People. This is the best job I've ever had and the environment is a big reason why! A big shout out to my friends at T.F. Green Airport! Thanks for everything! ... View more