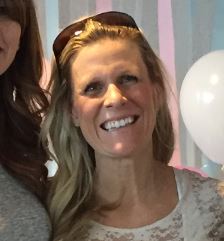 by dfable1 |
Not applicable
in Blog
11 Loves
11 Loves
July 9, 2015   – this particular day was one for the books. My husband Shane and I were returning home from a trip to San Francisco for our friends’ wedding. We sat at the airport restaurant relishing in the few moments of silence left before we returned home. This was our first trip in a while without our two young crazy boys in tow. But while we sat there, just the two of us for once, I realized that I actually missed those crazies. Suddenly, I felt like maybe I had room in my heart for a little more crazy. As my husband took a sip of his Bloody Mary (thank goodness for that) I loudly announced to him I wanted ANOTHER baby. He quickly spit out his drink and responded that I too, was crazy!  Ironically, he was right… I wanted to fall crazy in love with a beautiful baby just one more time. I tried to explain myself, but he did everything in his power to change the subject. I conceded that it wasn’t the right time to have this conversation and I would pick another day to sell my case.  We agreed to disagree for the moment and scurried to the gate to board our Southwest flight. As we boarded, the Flight Attendant greeted us with the typical Southwest mojo: friendly and genuine. He asked me how my day was going, and rather than respond with a simple “fine,” I instead blurted out: “My day would be better if my husband would agree to have a third baby.” After sharing a hearty laugh, I asked the Flight Attendant his opinion on our situation. He smiled and said, “Let’s see what the plane thinks.” I couldn’t believe my ears. As we walked down the aisle, I heard the Flight Attendant’s voice come over the loudspeaker. Little did he know, he was about to make a memory for our family that will never be forgotten. “Ladies and gentlemen,” he started, “I have a nice young couple walking down the aisle and she is trying to convince her husband to have a third child. Could I get a show of hands as to how many Passengers think this is a good idea?” I couldn’t believe this was happening. “Oh my gosh,” I thought. “My poor husband, he’s going to be so embarrassed by this and won’t speak to me for the rest of the flight.” Was the fate of my family in the hands of these Passengers? All because of this Flight Attendant who I had met minutes before? I looked hesitantly around the cabin, into the eyes of all of those strangers onboard. Somehow, I felt a sense of love and encouragement, not just from the Passengers, but the Crew, too. I took a glance at the hands raised in the air. It was unanimous. I was smiling from ear-to-ear. Well, believe it or not, the story does not end here. Three months had passed since our fateful flight, and Shane and I had just found out that we were expecting baby number three. I contacted a friend of mine who works at Southwest and asked him to track down this Flight Attendant. I wanted to thank him from the bottom of my heart, and share our exciting news. Through the chain of contact, some folks at Southwest heard our story and wanted to do something special for us. They reached out to me and asked if they could throw a baby shower for our family – Southwest Style. How awesome! What company of that size and scale does something like that? Takes the time to care? To show love for our family, our little ol’ family? I was so full of gratitude and felt blessed on so many levels. Shane and I couldn’t believe someone would do something like this for us. After talking, we both agreed that we were fortunate to have everything we would ever wish for a new baby, but wanted to find a way to give back to a family in need. I quickly called the team at Southwest and explained our wish to donate the shower to a family in need. They loved the idea and wanted to go above and beyond for the cause. Again, typical Southwest style. It was only natural that they wanted to help make another family smile. Those smiles came from the family of Officer Tony Lopez, a Denver police officer. Officer Lopez had just learned that he and his wife Kristen would be expecting their first baby when he was shot and nearly killed in the line of duty. His road to recovery would be a lengthy one, and his temporary immobilization kept him off the job. Kristen had this to say about the baby shower held for her and Tony: Tony Lopez Jr. Keaton Caroline Fable                         We were contacted by the airport and learned of how Shane and Dawn Fable wanted to donate their baby shower to us. The Fables were pro parents, but we were rookies expecting our first. Southwest provided snacks and drinks and hosted a wonderful baby shower. We played games and chatted and the atmosphere really lifted our spirits when we needed it most. The Fables have amazing friends, who selflessly gave us gifts for our son on the way. It made both Tony and I realize that there were so many good people in the world who appreciate and recognize our first responders. We feel like we have friends for life in the Fable family and in the staff of Southwest. We are forever grateful for everything they have done for us. The generosity and kindness of this company blows my mind, still to this day. Southwest Airlines will always hold a special place in our hearts and I’m certain in the hearts of the Lopez family. The best part of the story: the newest members of the Southwest Family, two healthy beautiful babies. ... View more