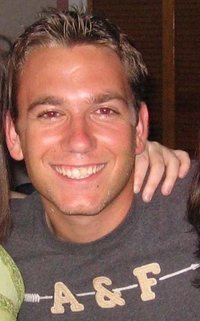 by abamberg |
Not applicable
in Blog
629 Loves
629 Loves
I watched a woman sitting in seat “1D” diligently crocheting.  It’s not as if I hadn’t seen this scene before. Honestly I’ve probably seen the same scene a hundred times on my flights… maybe even the same woman.  I was sitting on the forward jumpseat while I waited to reach a workable altitude, and I watched the woman across from me crocheting a vibrant red, white and blue blanket.  The woman’s arthritic-ridden  fingers worked with hurried precision creating a star-spangled banner.  I noticed her switch effortlessly from blue to white as she began work on a new star among the dark blue background.  “How is she doing that?” I wondered to myself.  Honestly, I don’t know how to crochet, but I can’t imagine it’s easy to create the perfect American Flag from memory.  As I watched her continue, I decided to ask. “How do you know where to start the stars?”  Immediately the woman paused and looked up from her work. “I’ve made over thirty of these… I don’t need a pattern anymore,” the woman replied with a smile.  She was about ¾ of the way through her latest masterpiece.  I continued watching her fingers work as she continued and then stopped again for a moment.   “I don’t sell them,” She continued.  “I use them to fundraise for Shriner’s hospital. It’s important that they’re right.” “How long does it take you to make them?” “36 hours for each one – if I don’t include a fringe around the outside.”  Today, I sat in awe over the woman’s dedication to such an important cause. The “same” woman I’d seen a hundred times before, but never “really” noticed. ... View more