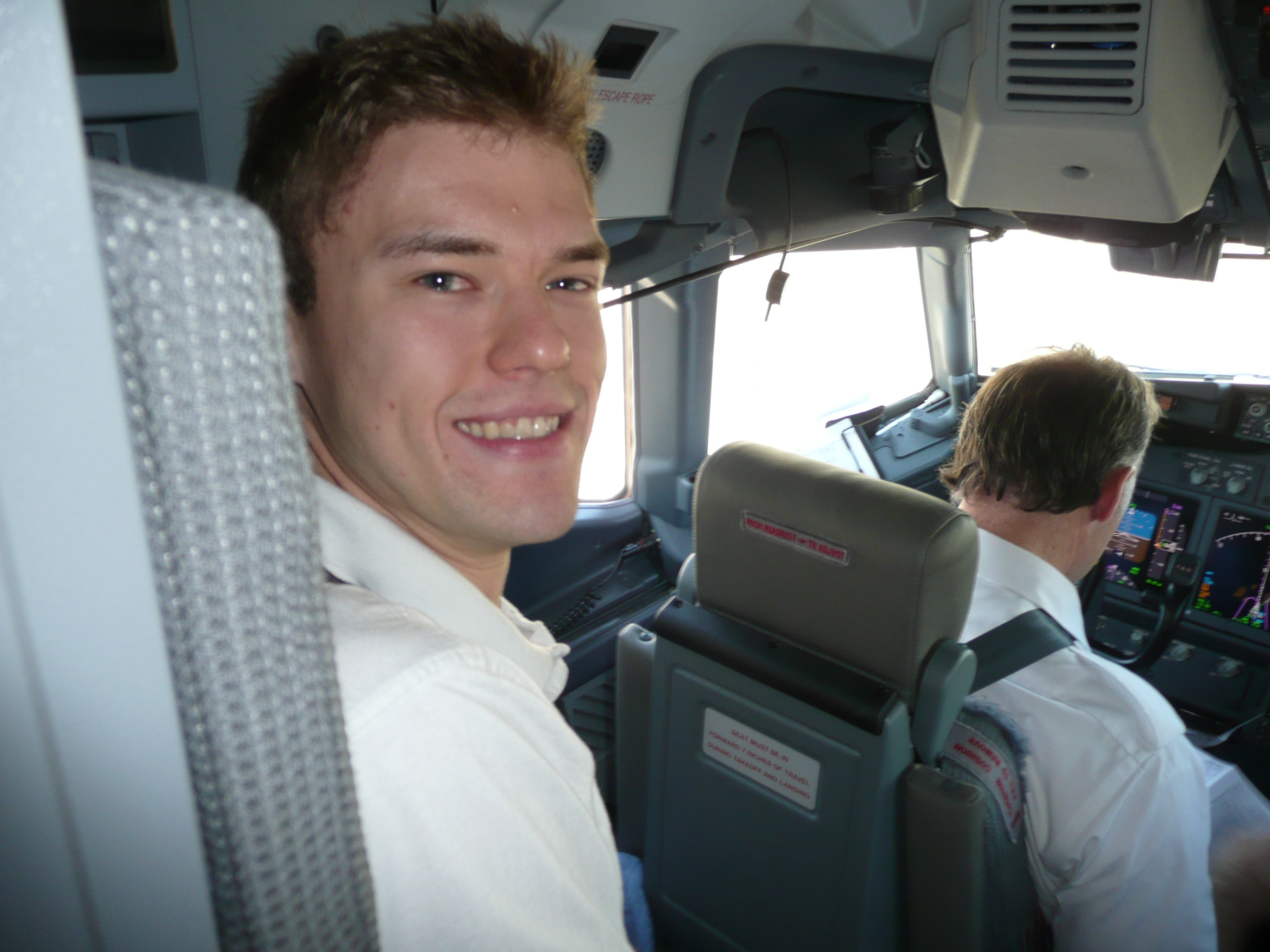 Getting Techie: A Behind-the-Scenes Look at Southw...

by ahay |
New Arrival
in Blog
3 Loves
3 Loves
On June 5, 2016, Southwest Airlines began serving Long Beach Airport (LGB) in Long Beach, Calf.  As an “Avgeek,” I could not be more excited to help bring Southwest Airlines service into an airport where many aviation advances came to life, but as a Sr. Technical Support Rep, I also knew that there was a lot of work to do behind-the-scenes in order to get our operations up and running. History of Long Beach Airport LGB is home to more than 70 years of aviation history and where many great passenger and military aircraft were birthed.  Aircraft such as the DC-3, DC-9 family (my personal favorite), DC-10, to military transport aircraft such as the C-17, as well as the B-17 bomber, were all manufactured at LGB. On May 29, 2006, two final passenger aircraft were delivered to their respective carriers: Midwest Airlines and AirTran Airways.  After these deliveries,  Boeing C-17s became the only aircraft to be manufactured in LGB.  On November 29, 2015, the last Boeing C-17 military aircraft departed the field, thus ending aircraft production that dated back to the World War II era.   Top (2016): To this day, the iconic “Fly DC Jets” sign remains on top of the old McDonnell Douglas/Boeing plant.  The space is now owned by Mercedes. Bottom (2003): A Midwest Airlines 717-200 is rolled out from the Boeing plant. Southwest and Long Beach Our Southwest story begins in early 2016, when we applied for and were awarded four slots at LGB.  We later determined that we would offer service between LGB and Oakland, Calf., (OAK)--a connection that would give Californians and tourists the opportunity for convenient, flexible, and low-cost air travel options to/from virtually any Southwest Airlines destination. Our Technology story at LGB began on April 6, 2016--the date of our “Kick Off” meeting where Project Partners went over new city details.  These details included project assignments, Facilities and Technology details, timelines, and milestones. The week of May 16, was used to gather and prep all of the equipment to be installed in our new Station. Our equipment list varies from city to city. For LGB, we installed a total of 11 PCs and other Technology equipment.  Much of the equipment was pre-configured and pre-imaged  last week at our Headquarters in Dallas, and we were able to do the rest of the imaging and configuration on-site in LGB. Once everything was prepped, it was staged in our Shipping Department for its journey to Los Angeles (LAX). On May 23, we made our way to LAX and rented a minivan to transport the equipment to LGB.  Who knew how much could fit in a mini-van!  At one point, we joked: “The entire Long Beach Station is right here on the 405!” Good times. Once we arrived in Long Beach, we met with Southwest's LGB Station Manager Larry Pitts (who is also our SNA Station Leader), walked the new areas with him, and unloaded our equipment into a storage room.  Throughout the rest of the week, we worked closely with other Teams completing facility work, pulling network data, and installing power outlets.  As they finished areas, we would then install our equipment at the Ticket Counter, Skycap, and Gate.  Most importantly, we were able to liven up our Comm Room, the Heart of Southwest Technology in LGB. A view of our completed Comm Room The following week, we once again made our way West to LAX and another mini van full of equipment that we grabbed from our LAX Cargo facility.  After arriving at LGB, we met with the LGB airport to go over final details regarding our IT network infrastructure.  Throughout the rest of the week, we installed our Lobby Kiosk, Printers, Time Clock, Back Office PCs, and the Air-To-Ground radio (our awesome Pilots need this to communicate with our Ground Teams)! On Wednesday, June 2, we were met by our Technology Project Managers.  They helped finalize the install and ensured all details had been covered and LGB was ready for its first Customers and 737 LUV Jet Service!  Later in the week, we assisted Ground Ops by “Smoke Testing” the Station.  This involved checking in a test Customer on the Kiosk, at the SkyCap, and Ticket Counter.  The testing was a success and LGB was ready for its first flight to OAK!   Left: SkyCap area and front of the LGB Airport.  Right: View of the Ticket Counter.  Photo Credit: Joe Kiszka On June 5, 2016, Southwest Airlines Flight #972 from OAK arrived 10 minutes early.  Our Ground Crew worked to turn this airplane for an on-time departure of Flight #1853 back to OAK.  Long Beach is Southwest’s fifth Greater Los Angeles area airport and 10th California market—we sure do love California and am so proud to have been a part of this great Team effort. ... View more

by ahay |
New Arrival
in Blog
98 Loves
98 Loves
We are well underway in the process of integrating AirTran into Southwest at airports where both airlines operate.  Generally, integration projects begin with our Project Managers in Dallas.  They determine future needs based on flight schedules, staffing and other operational requirements.  Once the needs of both airlines have been determined, the Project Managers work with my department (Tech Services) on how to combine all or parts of the airlines' operations.  After a plan is set by all of the Team Members, a date is picked for the integration work.  On the night of the project, the integration team goes over the plan for the night.  In most cases, we are able to stick to our plan.  However, allowing for flexibility during integrations is key to ensuring the project remains a success. During the evening a few months ago, my coworkers and I removed a section of our existing Ticket Counter in Buffalo.  In just under an hour, new millwork was set into its space to be used by AirTran.  Baggage scales were added and calibrated on either side of the millwork.  Holes and straps were added in the new millwork to support our technology equipment such as kiosks, monitors and cables.  Since AirTran and Southwest use the same kiosk type, we simply moved their kiosks from the old AirTran area and installed them on our new Southwest millwork.  To ensure dual-use kiosk functionality by both airlines, we installed our software and added a few cables to each existing AirTran kiosk.  Upgrades and changes to our kiosk software allows for any AirTran or Southwest customer to check-in on it. Next, we installed, configured and tested the computers and printers used by Customer Service Agents.  These computers have both AirTran and Southwest software installed and configured.  Some of the AirTran software requires additional hardware and cabling that normally would not be installed at airports where only Southwest operates. Once the newly combined Ticket Counter was set up and tested, we removed all of the existing technology equipment from the old AirTran space.  In addition, we worked with the Customer Service Agents and trained them on how the equipment functions for both airlines at the newly combined location. The next time you fly us, take a few moments to look around you.  Chances are, you will notice our two brands - Southwest Airlines and AirTran Airways operating side-by-side.  That's what we like to call, "One LUV!" ... View more

by ahay |
New Arrival
in Blog
380 Loves
380 Loves
Hey, everyone—please allow me to introduce myself!  My name is Aaron, and I work as a Field Tech in our Technical Services department out of Chicago's close and convenient Midway Airport.  All of our Field Techs are based out of multiple locations which allows us to fly to each city operated by Southwest Airlines and AirTran Airways.  In addition to MDW, we have Tech Shops in DAL, BWI, ATL, SLC, and PHX.  Collectively, we work to accomplish a lot of projects, new city openings, and general break fixes. During the first and second quarter of this year, our Team has been working on a fairly large project in each city.  For those of you who fly with us often, you're probably familiar with theDING! sound when you hand the OPS Agent your boarding card prior to boarding.  We are replacing those DINGs (well, sort of … maybe not).  We're just replacing the computers the Ops Agents use which controls that DING! Just like your phone, our computers need some LUV and upgrades!  That sound comes from what we call a "Gatereader."  The Gatereader is comprised of many devices including computers, a printer, and a monitor. To accomplish this project, we communicate with each city and let them know what's in store and what they can expect once we finish the project.  Each Tech Shop schedules the install project and ensures that all required equipment is on-site and ready to go when the date comes to begin the new install. We begin the install by taking out all of the old equipment inside the Gatereader.  Notice how after time, things get messy and dirty.  That's four years of use!  Next, we clean, vacuum, and wipe down the inside of the Gatereader.  We don't want to install new equipment in a dirty environment! After cleaning, we screw in cable management devices.  Ready to know what the device is?  Wait for it ... wait for it ... Velcro and screws!  This helps keep power and network cables out of the way and makes the inside of the Gatereader look clean.  In addition, we install a new printer and monitor. Finally, we install two new computers.  One computer controls the boarding groups you see when you board.  You know, A 1-30, A 31-60, etc.  The other computer is what the Ops Agent uses and controls the DING! sound letting you know your boarding pass has been scanned and you are officially noted as being  on the aircraft!  By the way, these two computers talk to each other.  With one click of the mouse, the Ops Agent can change those boarding groups from A to B to C!  How cool is that? When all is said and done, the Gatereader looks like new.  Everything is neat and clean and ready for use!  The next time you’re out traveling around our system, you may see one of us giving our equipment some TLC! ... View more