A New Lone Star One Coming Your Way 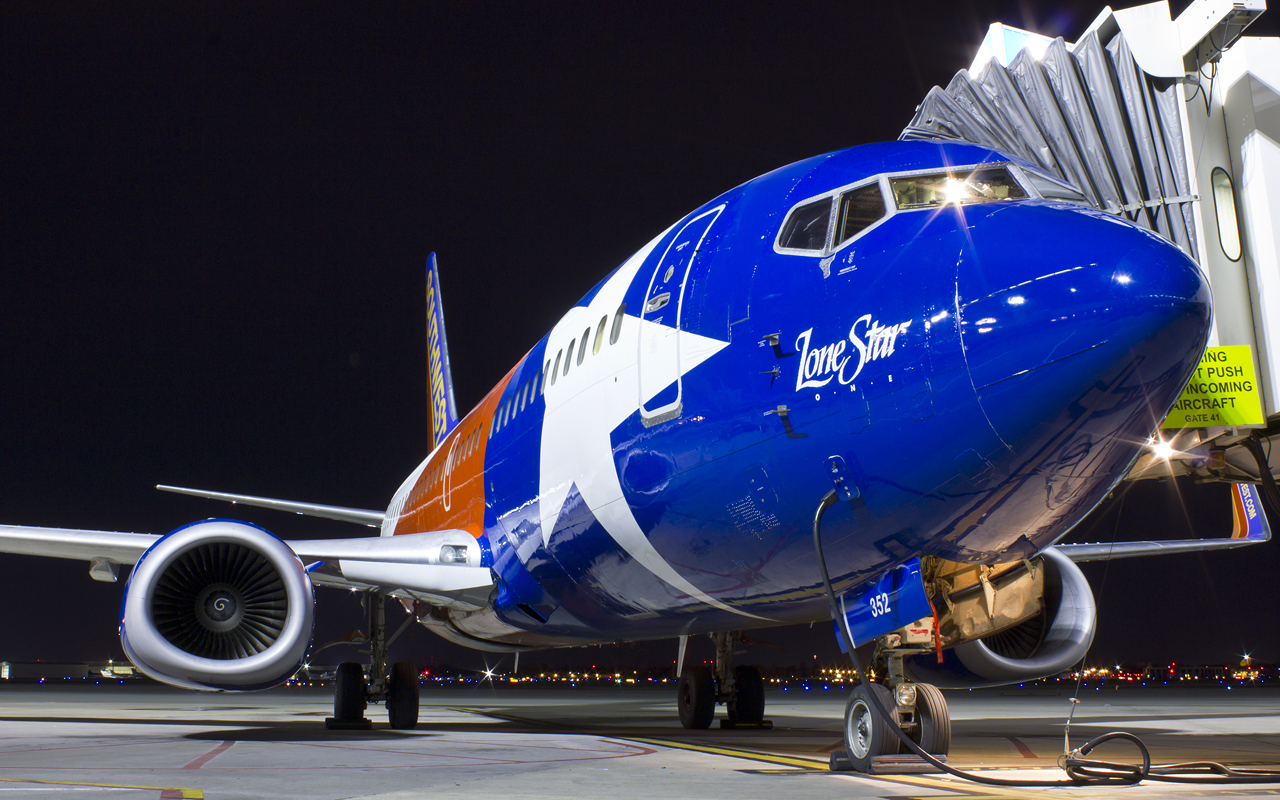 Did you know Lone Star One is retiring?  But, that’s not the entire story!  While this particular airframe is retiring, it doesn’t mean the end of the line for this special design. Similar to Triple Crown One last year, our remaining -300 series specialty planes (Lone Star One, Arizona One, and California One) will live on for many years to come as -700 series aircraft.  In the case of Lone Star, look for aircraft 931 to emerge later this summer as the next tribute to Texas, along with its new Heart specialty tail. As we began to celebrate our Company’s 20th anniversary, Lone Star One was unveiled in Austin in November 1990.  It was the first of what is now a fleet of 11 flagship aircraft honoring our Employees and many of the states we serve.  After more than 80,000 hours of operation over the course of 25 years, the original Lone Star One (aircraft 352) has reached the end of its career and will be retired from the fleet this evening.   Photo by HOU Ramp Agent Raul Cano
3 Loves