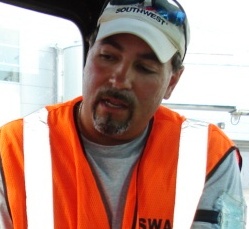 I have worked for Southwest Airlines for about five and a half years and this was one of the best days of my career. When I was asked to help participate in a special project with the Make-A-Wish Foundation, I was thrilled.  As the weeks neared for their visit, we received information about our guest.

Charlie was from the San Francisco area and loved anything to do with transportation. He was going to spend the day touring Midway Airport after spending several days in the Chicago area touring other modes of transportation.  My task was to give Charlie a ride in one of our “push-backs” which is the tractor that pushes out our planes (seen below). 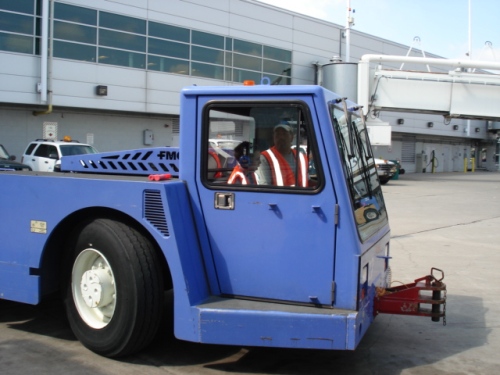 Prior to this, Charlie was given a tour of our operations room and the terminals. He had the chance to talk with the incoming pilots as they were called in for their gate assignments.  Knowing that Charlie would be coming out on the ramp area and would need a safety vest, I enlisted the help of fellow Ramp Agent, John Hansen, who designs logos on our safety vests. John drew some of Charlie’s favorite team logos and wrote Charlie’s name on the vest.  Charlie was thrilled. 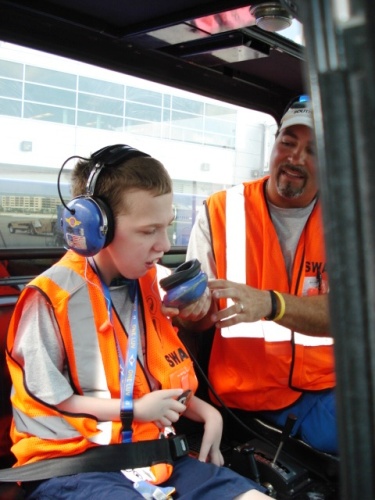 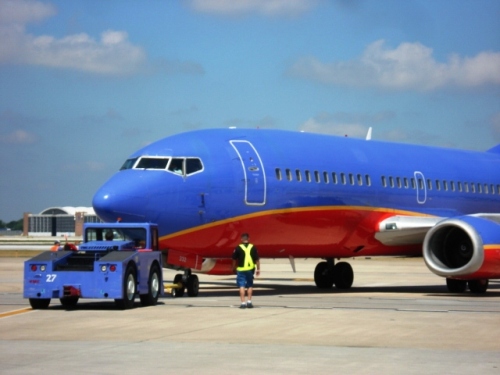 Charlie also went into to the cockpit of a plane with a pilot and enjoyed a hands-on tour.  Later that day we visited the Air Traffic Control Tower and had lunch at the Chicago Fire Department.  Charlie’s day was capped off with a special ride in one of the Chicago Police Department’s helicopters.

Being a part of Charlie’s day at Midway will always be a great memory. Knowing that I was able to be part of giving joy and happiness to a great kid like Charlie is an awesome feeling and made for one of my best days working for Southwest Airlines.  Charlie’s dream had come true, and what 12-year-old could possibly say they got to push back a Boeing 737-700? 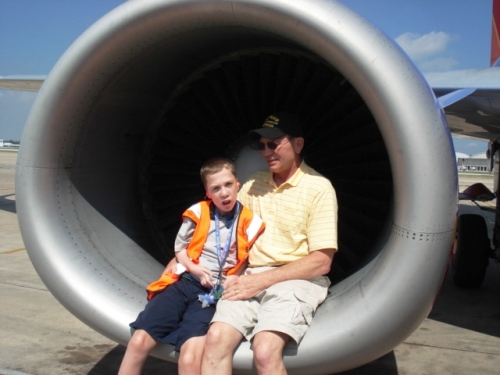