Dad or Coheart? How about both? 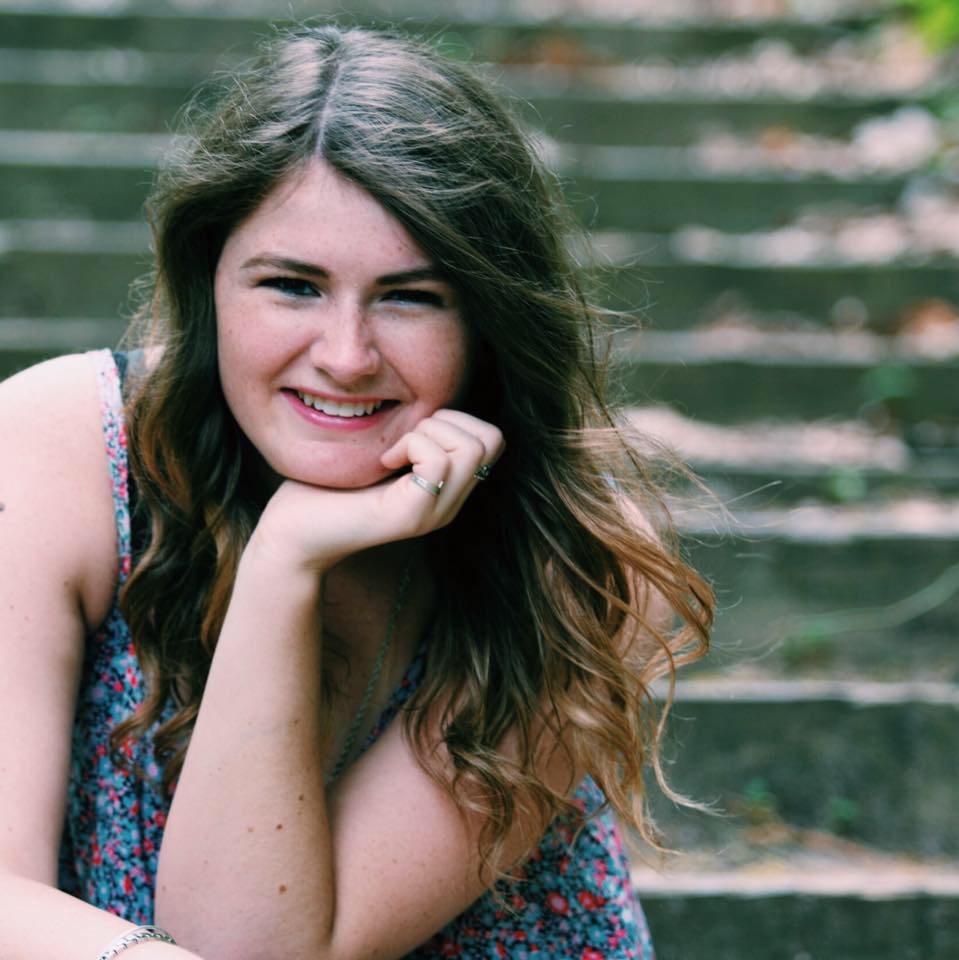 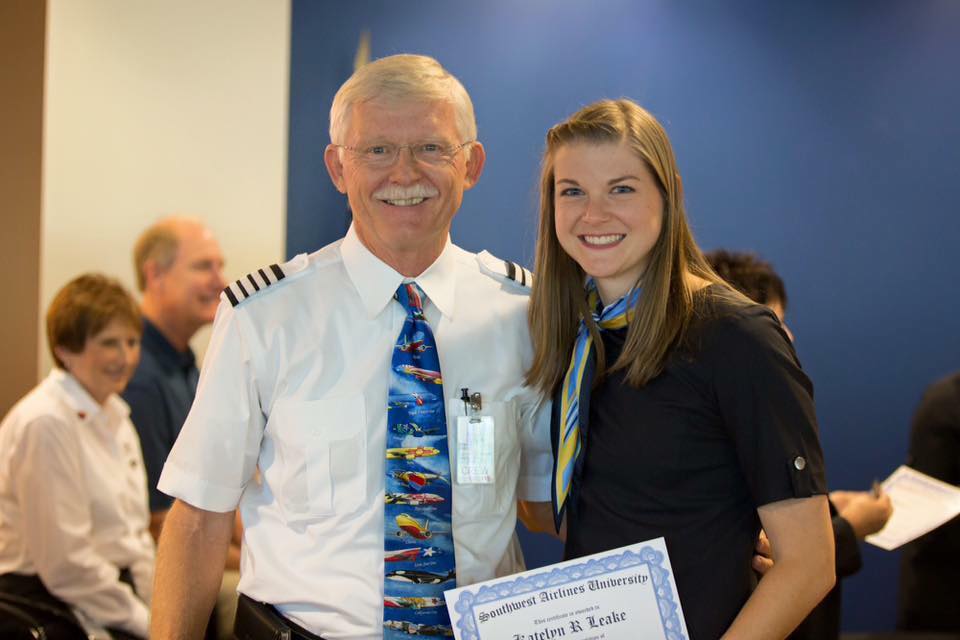 Here at Southwest, our fellow Employees are just like family. For some, their Cohearts actually are. This Father’s Day, the spotlight is on those who have followed in their dad’s footsteps, and why they LUV working with their father. 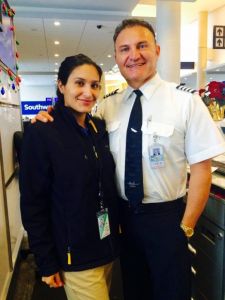 Customer Service Agent Elizabeth Gomez poses with her dad at her station, Bradley International Airport, in Windsor Locks, CT. Ed Gomez has been with the Company for 14 years. Elizabeth says family is very important to her and her father, and having the opportunity to see each other at work in action is delightful. Ed even taught an “Adopt a Pilot” class to his granddaughter’s fifth grade class last year. Elizabeth is very glad she followed in her dad’s footsteps in aviation when she joined the Company last December, but is even more grateful that they work for the same amazing Company. 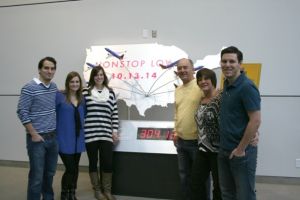 Marketing Assistant Manager Kristina Snyder is lucky to have her father Fernando Ramirez as her Coheart. Fernando started with Southwest back in the summer of 1989 and is a Provisioning Agent at Love Field. Kristina followed her dad’s lead and became his Coheart in 2006. Kristina says even though she doesn’t get to see her dad at work, it is nice knowing he’s across the runway doing his thing. Growing up, Kristina loved being able to visit her dad’s break room at the airport and check out what went on behind the scenes. She enjoyed experiencing the Southwest Culture from an early age and it’s what inspired her to become part of the Southwest Family. Brother to Kristina, Jeremy Ramirez, a Sr. Analyst for Flight Ops Scheduling Automation, has worked for the company since the fall of 2010. Jeremy says having his dad as a Coheart is a blessing as their bond transcends outside of family and into the workplace as well. While their jobs are completely different and don’t overlap, Jeremy says the LUV and satisfaction he and his father share from working for Southwest is the same. Jeremy and Kristina’s brother Robert (Robbie) Ramirez, as well as mother Kim, are also Cohearts, making the whole family united by Southwest. Robbie says growing up he never realized how much his dad sacrificed for their family in regard to much how he worked. He says he is the hardest worker that he knows, and was always working overtime and double after double. Robbie has been a member of the Southwest Family since September of 2013, but recently moved to Chicago and transferred to the Cargo Team at Chicago-Midway. Fernando has been one of the biggest influences in Robbie’s life and, according to Robbie, is almost like a celebrity at Dallas Love Field because of his work ethic and great personality. His nickname here at the Dallas Station is “Big Daddy.” 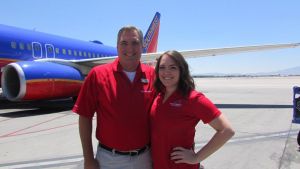 Shea Swiercinsky very recently joined the Southwest Family in May of 2016, following in her dad’s footsteps. Dan Swiercinsky has worked for the airline for roughly 21 years. Shea works alongside her dad in the Las Vegas Inflight Base. She is an Inflight Base Coordinator and her dad is a Supervisor. Shea says she loves getting to share in the Southwest Airlines LUV with her father and it is the best part of her job. She says she can’t thank him enough for introducing her to the Company and inspiring her to join this big, crazy, and compassionate Southwest Family! 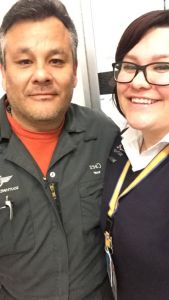 Ashley Barron, a Salt Lake City (SLC) Customer Service Agent, snaps a quick selfie on the job with her dad, SLC Ramp Agent Cesar Barron. Ashley just started at Southwest last year, so she is relatively new. However, her dad has been a Southwest Warrior for almost 17 years now. Ashley says she loves having her father as her Coheart because he has always taught her how to treat others and seeing how he interacts with not only other Cohearts, but Passengers too, is a great experience. Seeing her dad almost every day is something she truly enjoys, and says if she is every having a day where she’s feeling down, Cesar is right there to help her out. 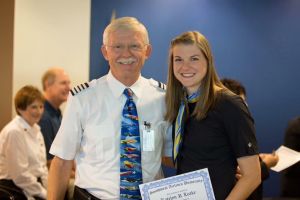 Flight Attendant Katelyn Leake poses with her father, Stan Osborne, at her Inflight Training Graduation in June 2015. Stan has worked for Southwest since 1994 when Katelyn was only five years old, so her love for travel began early. Katelyn says that she values being able to have unique experiences with her dad that no other family members do. When the two fly together, sometimes Stan will tell his Passengers they are a father-daughter duo, but other times they keep it as their secret. Katelyn wishes she could fly with her dad more often, and loves getting to see him in his “element.” 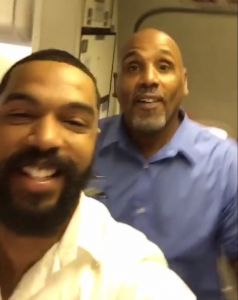 Waldren Joseph Sr. started working for Southwest in January of 2002. His son, Waldren Joseph Jr., was 11 at the time. Waldren Jr. followed his father’s lead and became his Coheart in March of 2011. The two of them both started as Ramp Agents and are now both Houston-based Flight Attendants! Waldren Jr. says he enjoys having his dad as a Coheart because he is one of his best friends. He said they recently had a trip to Costa Rica together it is one of his favorite memories. Being part of the Southwest Family together has become something the father and son can bond over and grow together with. Waldren Sr. says his dad is his “favorite Flight Attendant.”
5 Loves