Down on the Fuel Farm 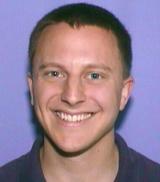 Southwest Airlines partnered with the Long Island MacArthur Airport (ISP) to rebuild the Airport's fuel storage facility.  The new facility consists of six 50,000 gallon, above-ground storage tanks and two truck load/unload areas.  The truck area inside the Airport fence is used to load fuel into refueler trucks.  The area outside the Airport fence is used to receive fuel from transport trucks.  Each truck area consists of pumps, filters, a canopy, and spill containment.  For redundancy, we can load refueler trucks at the primary receipt area, and vice versa.

The primary driver for this project was the forced removal of two of the four original underground storage tanks.  These single-walled tanks were removed from service in late April 2010 to comply with a Suffolk County law which prohibited their use beginning May 1, 2010.  After removing these tanks from service we would have about one day of storage.  With supply coming from New Jersey by truck (over 70 miles) we felt this would be insufficient. 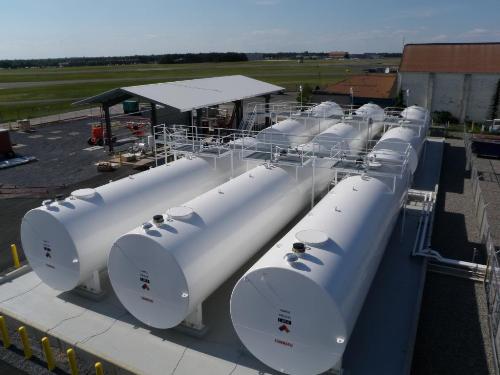 In addition to the tanks and load areas, we added a storm water treatment system and an operations building, which includes office space, a toilet, and a basic fuel laboratory, all items absent at the old fuel facility.  We also improved the fencing, pavement, and electrical systems.

The new fuel facility holds about seven days storage for the airport.  It improves operational efficiency, security, and is more environmentally friendly than the old facility.  It permits Southwest Airlines growth at ISP and will support the Airport for many years to come.