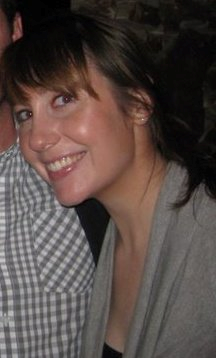 A roller-skating rink, a Laundromat, a Vietnamese banquet hall. Believe it or not, these places have a common thread: Each of them is a polling station.

In the November issue of Spirit, we introduced you to patriotic photographer Ryan Donnell, who took it upon himself to document the peculiar venues in which we cast our votes. Now that Election Day is nearing, we thought we’d give you the right to gawk at some more wacky places to carry out your civic duty. Read on for an excerpt from the original article as well as a few unpublished photos from Ryan’s portfolio.

Behind the Curtain, an ongoing photography project that Donnell began shooting in Philly in ’08 and has expanded to include voting outposts in Chicago and L.A., suggests that almost anywhere will do when it comes to punching our chads. Even for federal elections, states determine what does and doesn’t constitute a legitimate polling station, and Donnell has seen just about everything. An auto repair shop; a funeral home; places that sell hamsters, wallpaper, outboard motors, Honda Accords, and báhn mì—all have played host to our sprawling electorate. “The states compensate these businesses with a little bit of money,” he says, “but for the most part they open their doors out of civic duty.”

On average, Donnell (whose collection of images can be seen at thepollingplaceproject.com) spends about 15 minutes shooting each location, but that’s long enough for him to feel, again and again, the exhilaration of the process. “It’s uplifting to see democracy practiced on the ground; to see people engaged,” he says. “These odd but wonderful venues reflect the country; they speak to our diversity.” And to our pragmatism? “Oh yeah,” says Donnell, who has photographed voters lined up in a bustling Laundromat (see above). “We get to do our chores and vote at the same time!” 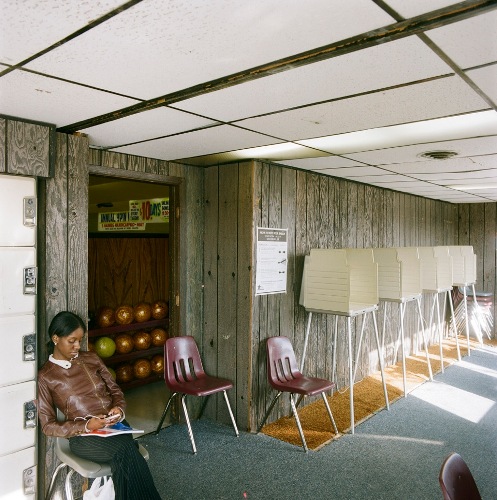 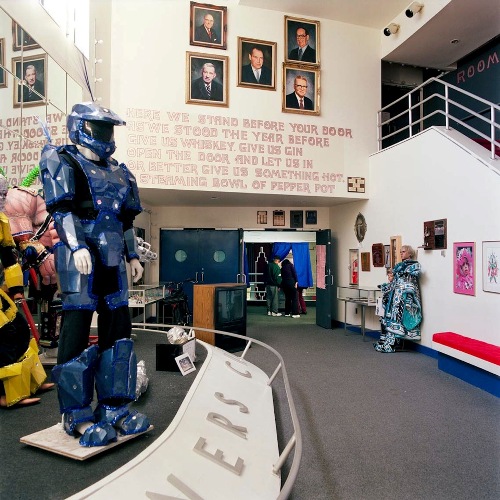 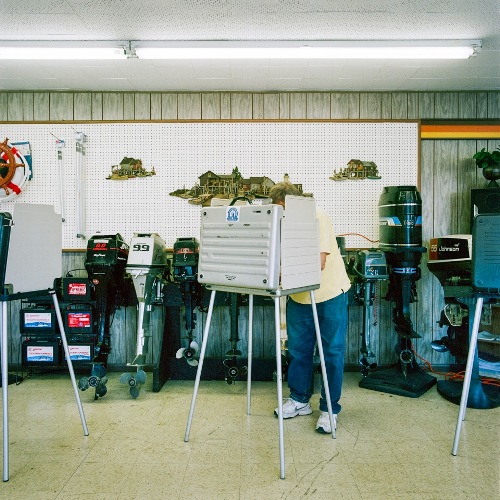