Flashback Fridays: A BIG Weekend in 1974

This photo couldn’t be taken today, or at least, a major company couldn’t use it in a promotion, advertisement, or advisory.  And, it’s not because of our early 70s uniforms.  No, the reason is because the big honchos of pro football would be on the phone to protect the name of the championship game.  However, back in January 1974, they weren’t as possessive, and I think the statute of limitations has run out for this example.  But what is the sign about anyway?  Well, all of the airlines, except Southwest, of course, moved to the DFW Airport the same weekend as the big game.  I think they may have wanted a weekend where very few people were traveling for the big switch.  Southwest also did some moving that weekend.  With DAL flight totals cut from 300-400 a day to just 15 or so, Southwest didn’t need the entire terminal, and we consolidated our operations in the baggage claim area and the former American concourse.  Below are photos taken from that weekend (with one bonus).  Oh by the way, the big game was played at Rice Stadium in Houston, and the Dolphins beat the Vikings. 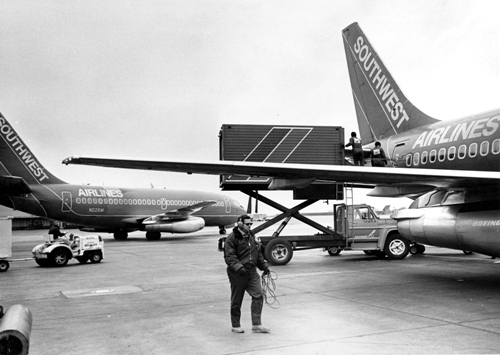 Before we look at that big weekend, I also found this bonus photo of operations on the North Concourse that I want to share.  Judging by the coats being worn, this would be the winter of 1971/72.  In 1972, we pulled the word “AIRLINES” off of our aircraft.  It looks as though the man with headphones is returning from having dispatched 737-200, N22SW, off of Gate 23.  N22SW has been in service a while because it has the characteristic fuselage grime aft of the wing from the way the -200 reversed thrust.  There is an excellent chance that I probably drove that Delta tug in the left of the frame over at DFW during my career.  (Delta never got rid of a tug that showed any signs of life.) 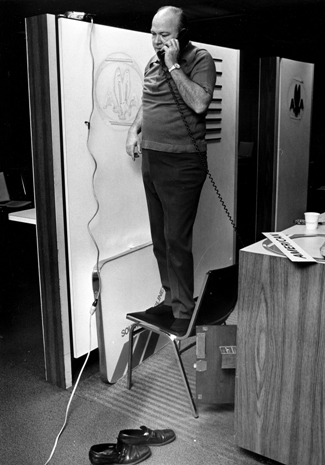 Now, back to 1974, where we see an Employee at one of the former American gates.  Every aviation geek reading this must be saying, “Look at all the stuff American just abandoned.”  Besides the logo with the eagle, I see an American sign on the top of the podium. 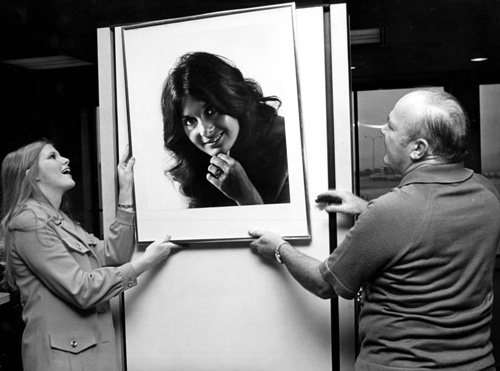 Our gates and counters featured large portraits of our Flight Attendants, and the two Employees are placing one of the portraits into position at the new gate area.  Other than changing names and logos, it appears that was the extent of the “decorating” changes. 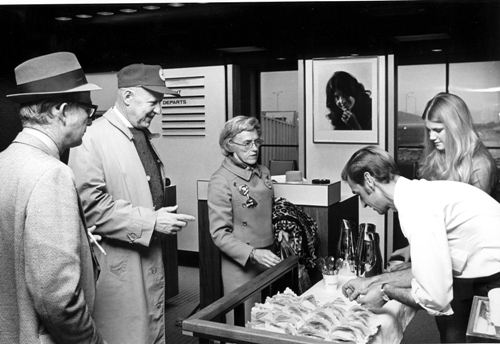 Jack Mercer, the Dallas Station Manager is handing out sandwiches during the first day of operation at the new gates.  The matronly looking woman with the overcoat is all decked out in Minnesota Viking buttons—one says “Purple Power.”  Take a look at the man with the fedora standing in line smoking, and note the ash tray on the edge of the gate podium. 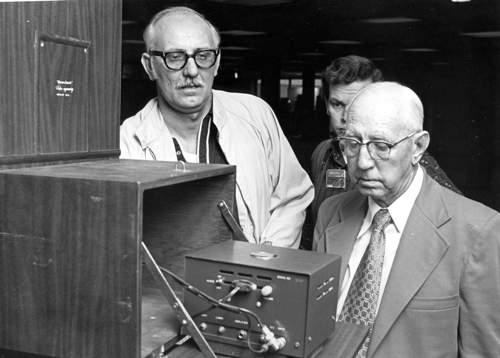 From the apprehension on Bill Franklin’s face, you would think the public address system was about to explode.  I don’t know who the older man in the suit is, but he appears to be the expert on the sound system.  Harold Reilly is the Southwest Employee in the rear. 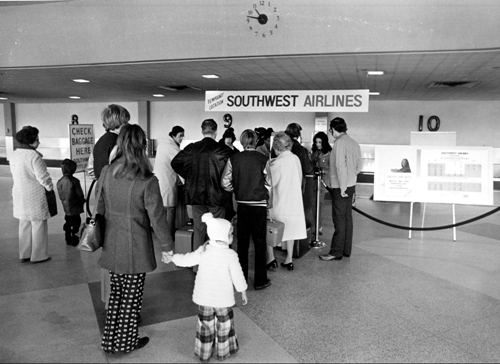 I think I saved the best for last this week.  I knew the ticket counter had relocated to the baggage claim wing after January 1974, but I didn’t know about this temporary ticket counter position in the middle of the baggage claim floor.  It looks like one podium with two or three Ticket Agents—no conveyor belts or a back office.  These temporary quarters must have been used for just a few days as this is the only photo I have ever seen of it in use.  Incidentally, back then, the baggage areas just consisted of a shelf.  The Ramp Agent would drive up, open the metal doors and set bags on the shelf.  The sign on the easel next to the podium reads “Pardon Our Dust while we are remodeling ‘Love Headquarters,’” and the biggest part of the sign contained our flight schedules.  Coincidentally, Love Field is again under construction, and it will again be able to serve all the country in 2014, just 40 years after these photos were taken.

Mike_C_1
Not applicable
Standing on the chair with your shoes off was the only way he was able to get reception on those old--wait, what do you mean by "hardwired line?"
16 Loves