Flashback Fridays: A First False Step Out of Texas

Recently, we’ve been looking at some Southwest “what ifs,” and wondering how life would have been different had various scenarios played out.  Here’s another one for you:  What if I told you Southwest had received governmental approval to begin service out of Chicago Midway almost two years before we operated our first flight out of Texas?  Well, it’s true, and it’s an interesting story because of what did and didn’t happen.

The story actually begins in December of 1976.  This is prior to the passage of the Airline Deregulation Act of 1978, and except for the intrastate carriers in California and Southwest, the airline industry is still firmly in control of the federal Civil Aeronautics Board (CAB).  The year 1976 was especially contentious for Southwest with repeated court battles about Harlingen service that had begun a year before.  Southwest had also applied with the Texas Aeronautics Commission for authority to serve additional points in Texas, and this request too had come under legal attack.  At the same time, the battle was raging to remain at Love Field.  Against that backdrop, Southwest forms a subsidiary airline, Midway (Southwest) Airway Co., to operate low fare service from Chicago Midway to St. Louis, Kansas City, Detroit, Minneapolis/St. Paul, Pittsburgh, and Cleveland.  All while Southwest proper still was just serving four cities.

The CAB begins hearings on Midway (Southwest)’s application 13 months later on January 31, 1978.  The new airline promises to serve the cities on its route map with fares up to 53 percent lower than existing fares.  The basic fare would have been $25 one-way for Pleasure Class (off-peak) and $40 one way for Executive Class.  Midway (Southwest) tells the CAB that nine 737s would be needed and Lamar Muse states that early 1979 would be the earliest flights could begin.  Again, 1978 is the year of Deregulation, and Alfred Kahn, Chairman of the CAB, is a firm proponent of airline competition.  As a result, Midway (Southwest)’s application flies through the CAB, and final approval is given on July 14, 1978, for the new airline to begin service.

A month later on August 11, “Southwest announces that its wholly owned subsidiary, Midway (Southwest) Airway Co., will for the time being, defer its plans for the commencement of service from Chicago Midway.”  And that’s the last mention of this curious chapter of Southwest Airlines.

So what happened?  These are my personal conclusions, based on the political and regulatory climates, and they aren’t based on any official conclusions.  I think the reason Southwest proposed the new airline was that every expansion move it made in Texas immediately received expensive and protracted legal challenges.  The possibility of operating as a interstate airline under CAB control (and protection!) offered a “plan B” in case any of the many legal cases crippled Southwest.  It may have also been a warning shot to some of the airlines trying to put Southwest out of business that you may also have to fight us across the Midwest AND Texas. 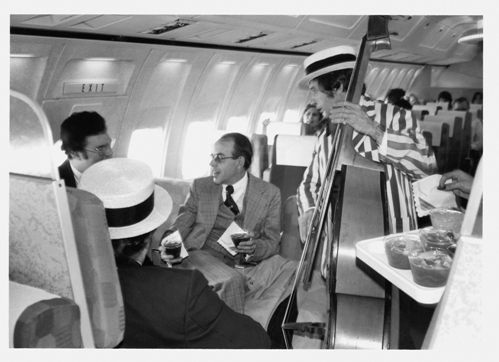 Lamar Muse resigns, about a month after the CAB hearings begin, and Howard Putnam replaces him on August 11.  One factor that had to figure in these changes at the top s was what to do with Midway (Southwest), and it’s obvious the decision was made to concentrate on Southwest.  The irony is that, with the passage of the Airline Deregulation Act, Southwest wouldn’t need approval to serve those proposed Midwestern routes on its own.  In fact, a new Midway Airlines was formed, completely independent of Southwest, to serve those routes and more from Chicago.  When the airline fails, Southwest moves into Midway in big way, and the station is now one of our busiest.  As for Lamar, he later founded Muse Air to fly longer routes, but it was based in Texas instead of Chicago.

So, once again, when one path has seemed a certainty, fate has stepped in to change direction, or more accurately in the case of Midway (Southwest) to prevent a change of direction.