This week, we take a different approach to Southwest’s history by tracking some measurements of our growth over our first 40 years.  Upfront, I have to admit that I am intimidated by numbers, especially those used to express economic terms.  I just squeaked by my college Economics class (although I do remember we played a neat board game).  However, while doing research in our past annual reports for another project, I found some numbers that illustrate how far we have come as a Company.  While doing my research, I was also reminded again that the annual report is a wonderful document, filled with interesting information.  For the purpose of my research, I used the “landmark” anniversary years of the fifth, tenth, 15th, etc. publications.  Don’t worry, I still have included some photos representing some of the covers of these reports. 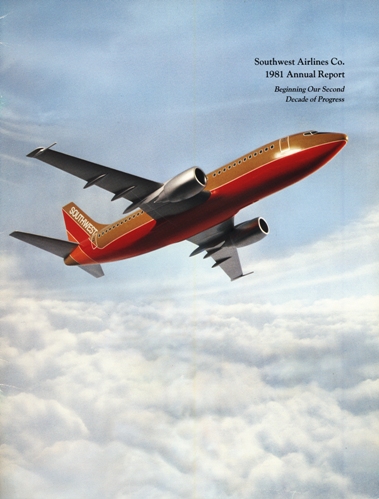 We start with just two numbers, the amount of fuel we used during our first year, 1971, and the fuel used during our 40th year, 2011.  That first year, we burned about five million gallons of jet fuel, but contrast that with the approximately 1.8 billion gallons used in 2011.  Of course in that time, we had expanded from an airline with three airplanes serving three cities in Texas to a coast-to-coast carrier.  And speaking of aircraft, take a look at these numbers:

Let’s compare that with the number of Employees across the years:

To me, it’s illuminating that both the number of aircraft and the number of Employees in 1971 are .05 percent of the 2011 both numbers.  Again, I’m no economist, but that represents a pretty balanced growth in these two categories.  The two categories below also have a relationship, although not a direct correlation with each other.. 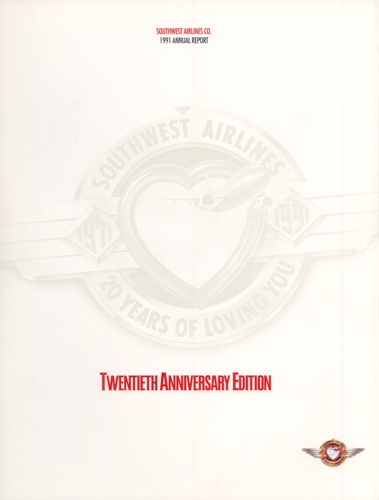 Don't worry, Flashback Fridays aren't going to turn into a numbers series, but I thought this research really told an interesting story that I wanted to share with you.