When your Founder and Chairman Emeritus (Herb Kelleher) and President Emeritus (Colleen Barrett) are Irish, and your CEO, President, and Chairman has Kelly as his last name, the luck of the Irish is bound to be with your Company.  Is it any wonder that St. Patrick’s Day is a big event at Southwest?  And, it’s been that way for a long time.  We even began our service to St. Louis and Chicago 25 years ago on March 17, 1985.

Four years before that, we celebrated St. Patty’s day in 1981 with typical Southwest exuberance.  Even back then our goal was to “own the holidays,” and we celebrated St. Patrick’s Day in a big way that year.  In our weekly Flashback Friday trip to the super secure archive vaults, I found this picture of two of our Flight Attendants in the forward galley decked out in their holiday attire.

Evidentally, we were having a promotion for St. Patrick’s Day with the Bennigan’s restaurant chain and Bushmill’s Irish Whisky.  Note the bowlers on the Flight Attendants and the unopened bottle from Ireland’s best distiller.

I included this photo for all my fellow airline geeks.  Sharp eyes will note that this is the inside of N67SW, a 737-2H4 which had been delivered to us on Herb's birthday (March 12, which is also today) from Boeing a year before. This airplane would be the first to wear the name of our other Cofounder, Rollin King.  That guy sitting in the front row doesn’t appear to be too interested in the preflight announcement, but the lady in the second row’s middle seat and the man in the aisle seat on the third row are paying careful attention.

Next week, a look at Love Field before Southwest Airlines.

Phil7
Not applicable
From the photo, how would one identify the airplane as N67SW?
6 Loves

blusk
Not applicable
Hi Phil, I assure you that I am not the airplane psychic. I can see why you might be inquisitive, and unfortunately, the photo above doesn't have as much detail as the high-res version. In the bottom photo, see the little plaque just to the right of the Flight Attendant and underneath the bottom of her hair? In this photo you can just make out that it says N67SW. All of our aircraft, even today, have the aircraft ID in a similar location. Brian
8 Loves

Phil7
Not applicable
Ah ha! Thanks for solving the mystery.
5 Loves 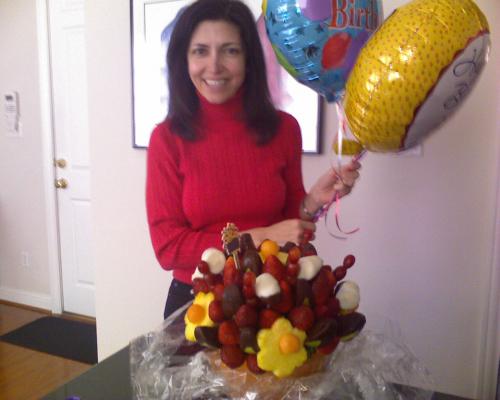 coachoch
Not applicable
Recently my friends and I were talking about how much we love flying Southwest and enjoy the humorous antics of the different flight crews. Southwest always keeps it real, and everyone needs some humor in their lives. Thanks Southwest for being who you are and employing the people you do!
6 Loves

luvtoflyswa
Not applicable
This is neat! It's interesting to see how the FA's dressed up for St. Patty's Day back then, as well as seeing how different the planes looked then compared to how they look now. I have one question. Why aren't the overhead bins closed yet? I'm just curious! :) Fact for the day: Calcium is the most abundant mineral in your body, & phosphorus is second! SWA LUV! 🙂
5 Loves