Flying for a Cause 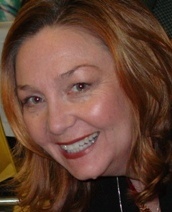 In preparing for our November Military Heroes Month events at Southwest, I find myself thinking of my friend Paul who is serving in the Army as a helicopter pilot in Afghanistan, currently in Kandahar.  When he is on leave and back in Dallas, he inspires me with his courage and “matter of fact” manner in what he does as a career.  I know as a Chief Warrant Officer in the famed 101st Airborne Division, he is concerned about the treatment of our young veterans as they return home.  For that reason, I am especially pleased to announce that Southwest Airlines is proudly becoming the Official Airline of the Iraq & Afghanistan Veterans of America (IAVA)!   IAVA is a wonderful organization that was formed to help our brave military men and women as they return home.

To kick off our relationship with this amazing organization, this Veterans Day 11/11/11, Southwest Airlines is supporting the IAVA by proudly donating $1 for every drink sold on our aircraft, up to $50,000.  This is the beginning of our relationship and we look forward to all that is to come in 2012!

Their mission is to improve the lives of Iraq and Afghanistan veterans and their families and strive to build an empowered generation of veterans who provide sustainable leadership for our country and their communities.

IAVA delivers services, resources and support to our membership of over 100,000 Iraq and Afghanistan member Veterans. We have a three-pronged approach to generating transformative change in the lives of veterans and their families in four critical impact areas: health, education, employment and community building.  Their strategic approach includes the Three “A”’s: Assistance, Awareness, and Advocacy.

To learn more go to www.iava.org

Wagon Through Airport/Security and Check on Plane