I've never seen an American bald eagle in person.  When Southwest was called with the opportunity to carry our national bird from St. Louis to Kansas City's Independence Day celebration, it was almost as if I said 'yes' purely for personal reasons. 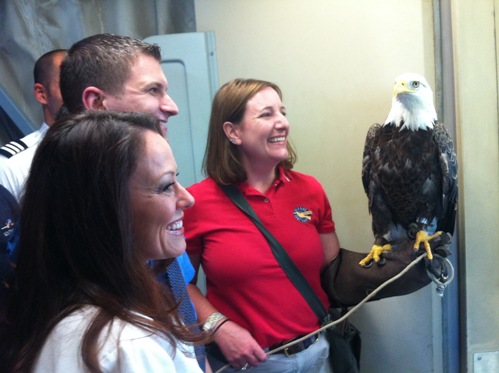 The beautiful bird, Liberty, made that voyage last night.  Flying Southwest has its perks, even for animals. Liberty sat in the cabin with the passengers for the first time, instead of underneath the wings in cargo.  A blanket covered the 21-year-old bald eagle's crate, and he was a perfect gentleman the whole flight. Upon arrival in Kansas City, Liberty's handler, Teri Graves, took the bird out to stretch his legs and meet some Passengers.  Dozens gathered to take pictures.  The fanfare was appropriate for such a national symbol. 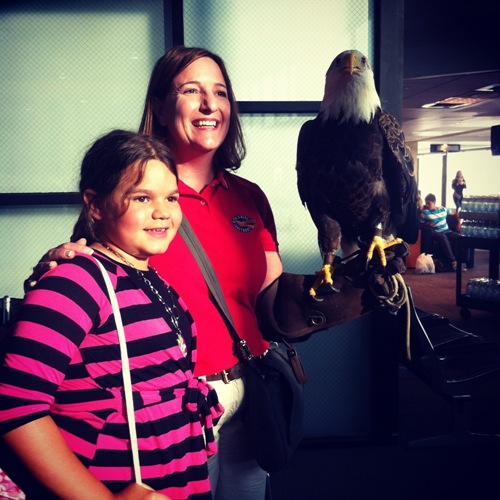 Things haven't always been easy for Liberty.  Twice, the World Bird Sanctuary has come to his rescue; the second time under more unfortunate circumstances.  Liberty was injured in separate accidents involving cars, and the second time he sustained permanant eye and wing damage.  Liberty is now an education bird, and has toured the country; far further than he ever would've gone on his own.
And last night, we spread our wings to help Liberty soar once again.
(Please enjoy the video shot and beautifully edited by Michael Nutting)
428 Loves