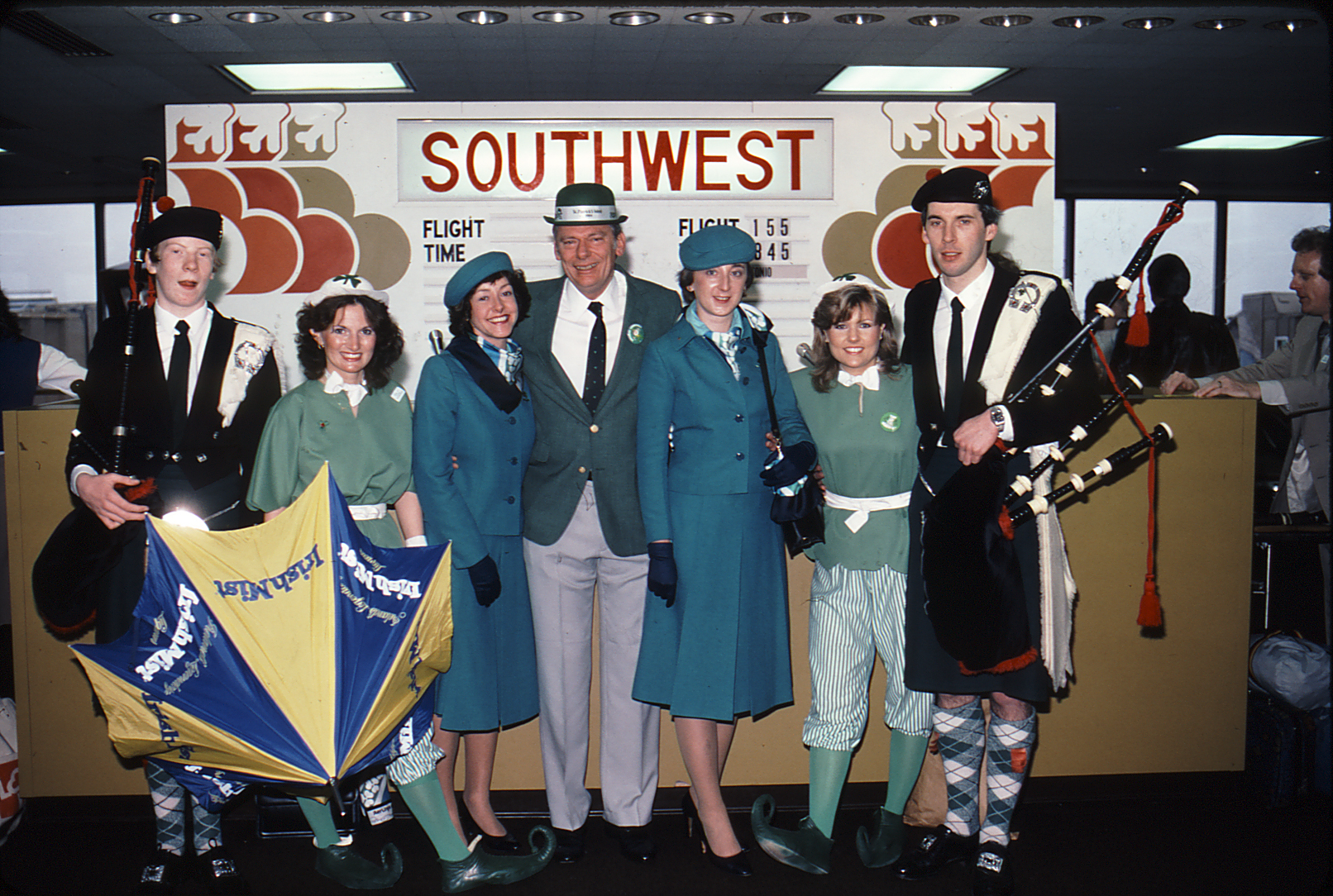 On the day when the Chicago River was dyed green in 1985, Chicago-Midway Airport (MDW) received a breath of fresh air when Southwest Airlines marched into town with eight nonstop flights to St. Louis.  Today, MDW ranks first in the Southwest system in terms of daily flights. Back in 1985, Chicago had been on the radar as a new destination for quite some time, but the restrictions of the relatively new Wright Amendment had played a significant role in hampering network development.  Following the departure of most other airlines from Midway, the time was right for Southwest to fly in.  And we did exactly that, with our favorite Irishman himself at the lead. 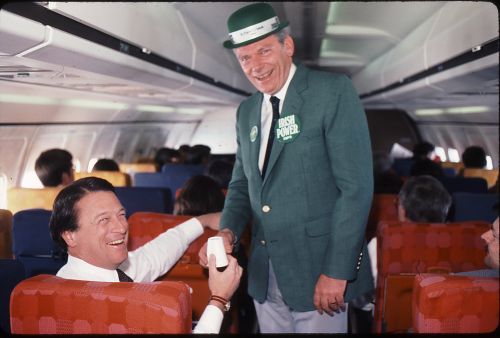 More than 100 Employees boarded the first aircraft bound for Chicago to help kick off the new service.  Captains Frank Wright and Dick East helped provide the inflight entertainment, with games of trivial pursuit and other antics, while Captain Steve Smith guided the flight into our 11th state. Once on the ground, the Employees making the journey donned their green derbies and banners, and took to the streets of Chicago to march in the annual St. Patrick’s Day Parade.  Many of the Employees making the journey up from Texas reported the Windy City living up to its reputation, with the chilly temperatures and howling winds blowing between the skyscrapers making for quite the wait as entry number 77 of 200 in that year’s march.  As Herb marched with his army of honorary leprechauns, most from the lone star state, many Chicago natives who were eager to hear their southern accents asked,  “Let me hear ya tawk—I can tell you are from Texas.” But even with the frigid conditions, a little Southwest Spirit (and perhaps a little Wild Turkey) helped warm up the Windy City to our legendary service that has now grown to more than 250 departures a day.
4 Loves