When it comes to planning a great vacation, nine times out of ten, I choose Disney. There's just something about the enchanting land that Walt Disney built that keeps drawing me back. The best part about it is that no two trips of mine to the "House of Mouse" have been the same. There is always something new and different to experience. Thanks to Southwest's longstanding partnership with the Disney Parks, we were invited to join them in celebrating their latest addition: Fantasy Faire. I was super excited to get an early look at the new area, which opened at Disneyland on March 12. 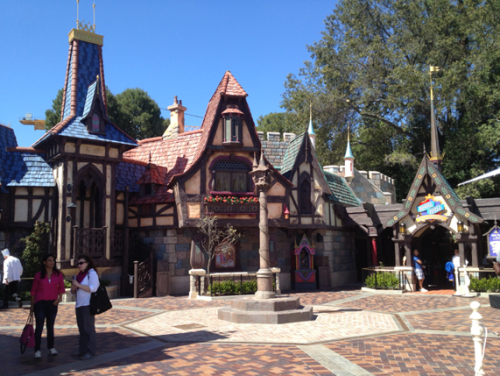 Fantasy Faire is a new extension of Disneyland's Fantasyland tucked away not far from Sleeping Beauty Castle where Disney Guests can take in a new show, grab a snack, and meet their favorite princesses.

After crossing the bridge to enter Fantasy Faire, you'll see the new village square centered around Tangled Tower, a recreation of Rapunzel's tower from the movie, "Tangled." (Make sure you visit after dark to see what happens with her hair... It's pretty awesome.)

Around the village, the first thing to check out is the Royal Theatre, where two new vaudeville-style stage shows tell the stories of Rapunzel and Belle from "Beauty and the Beast.” The hosts and storytellers, "Mr. Smythe" and "Mr. Jones" play most of the characters while singing hilarious songs and telling jokes. The content caters to every age level so adults and children alike will get plenty of good laughs. Add on a live pianist to accompany the show, and you've got a pretty solid lineup! 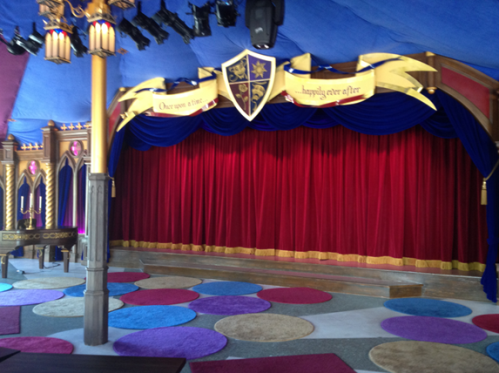 Across the way from the Royal Theatre is the Royal Hall. This area plays host to some of the park's most popular characters, the Disney Princesses. Let me tell you: these ladies can be difficult to track down so having them all in one place makes it very easy for park Guests to get a picture with their favorite. The setup is more unique than most traditional Disney character queues, allowing for more of a one-on-one interaction between the Princess and her guests, which makes it well worth the wait. 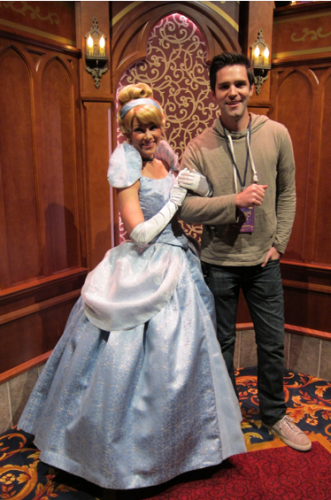 During my visit, I had a great time meeting Ariel, Cinderella, and Aurora in the Royal Hall. Well, there was one pretty embarrassing moment I had with Aurora, but I think we worked it out. See the video for more.

In all, Fantasy Faire is a fresh new area with a traditional look and feel that fits right into Disneyland's classic fairy tale world.

Check out my video tour of Fantasy Faire for a look inside the new village, a sneak peek of the Tangled show, and my meet and greets with the princesses.