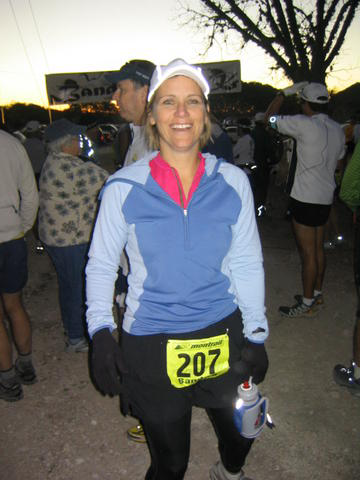 If you’ve read a couple of my posts over time, you know that I have a geek-like interest in weather.   In fact, as I write this blog post, we’re in the middle of strong enough bumps that the water in my bottle is sloshing around considerably.  Our Pilot is doing a great job of doing what he can to minimize the impact while our Flight Attendants and Customers are safely strapped in their seats.

Turbulence is one of those phenomena that plenty of people experience, but few understand the causes.   I’d like to help explain a few of those so that next time you experience it, you might look out the window and figure out why it’s happening, and I hope that you will be a bit more at ease with some understanding. 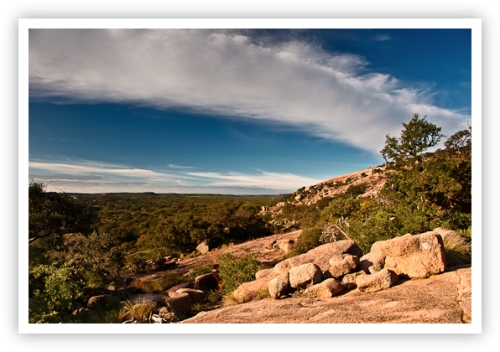 The turbulence we’re going through right now is just east of the Rocky Mountains.  It’s late fall and the jet stream, which is a strong band of winds in the upper atmosphere, pushes it’s way south with the first strong front of the season.  Many times in the fall and winter, the jet stream is one of the main causes  for turbulence especially when a pilot has to cross it at an angle.  Where the wind is strongest, many times there is a shear, which is an abrupt change in the speed or direction of the wind over a relatively short distance.  Think about a time when a semi truck passes you on a freeway.  The air displaced by the truck creates a jolt of turbulence that can shake your car a bit, especially if you’re going much slower.    While this kind of turbulence can be found in clear air, it can also be identified by ripples of clouds that look like a washboard. 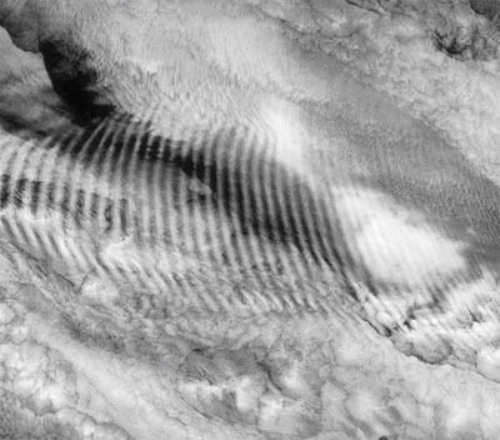 Sometimes this wind is strong lower in the atmosphere, like as it passes over the Rocky Mountains or other mountainous regions around the world.  If the winds cross the top of the mountains it can create what is called mountain wave turbulence.   This turbulence from the mountains creates waves of air that in a sense bounce and can create ripples of air many hundred miles away from the peaks.   In this sense, think about a large rock in the middle of a river that is moving swiftly.  When the water hits the rock, there is a lot of churning not only at the edges of the rock, but even downstream from it a bit until the water settles  back into the smooth flow again.

Finally, there is another type more common in the spring and summer called convective turbulence.  The air is hot and steamy.  To keep it simple, thunderstorm clouds form when the air is pushed upwards and the moisture in the air condenses.   The air is unstable with updrafts and downdrafts ; it’s chaotic.  Pilots will avoid these storms as much as possible by flying around them, but there are some cases where it’s not possible, so they find the safest route through the edges to get their precious cargo to their destination.

At times when you look at a national radar map, you can see where Air Traffic Control and the Pilots must make major changes to a flight’s path in order to avoid storms.  What may look like a short flight if taken directly, may turn out to be an additional half hour to get around the storms blocking the path.

Turbulence may not always be avoidable, but be sure that there are plenty of people on the ground and in the flight deck who are watching to make your ride as safe and as comfortable as possible.  There are engineers who have designed the aircraft to make it flexible enough to withstand turbulence.  And there are meteorologists who have studied it for years and do a great job of understanding patterns in the atmosphere.  Just strap your seat belt down any time you’re in flight and take a look at what might be going on outside the window.

For more information about turbulence, go to http://www.aviationweather.gov/adds/turbulence/