I don't think you will find that answer....But here are some things you can do?

The last opening for a Flight Attendant job was 2/5/18 and now is closed.

"In order to remain consistent in our hiring practices and to be fair to all applicants, they only accept applications for a specific position, and only when the job listing is active on the Careers page."

The flight attendant positions would only be listed under the city of Dallas Texas, the Southwest Airlines main headquarters.

The best thing you can do is set up a profile to be notified when jobs become available here https://tinyurl.com/y8p82yya

Q: Is there a minimum age requirement to be a Southwest Flight Attendant?
A: You must be at least 20 years old when you apply.

Q: If I interviewed previously to be a Southwest Flight Attendant, can I reapply or is there a waiting period?
A: If you have interviewed by phone or in person and have not been selected for the Flight Attendant position, you will not be eligible to reapply for this position for 12 months from the date of your last interview. You are welcome to apply for other positions at Southwest Airlines.

Q: If I do not currently have a valid, unexpired passport, will Southwest pay for me to obtain a passport or to renew an expired passport?
A: You must secure a current passport book at your own expense.

Q: What is the biggest challenge of being a Flight Attendant?
A: It is a lifestyle change! Your work schedule will be determined by your Flight Attendant Seniority under a collective bargaining agreement. There will be many instances when you will not be awarded your preferred days off. On average, Flight Attendants spend 100 nights a year in a hotel with consecutive nights away from home and all while living out of a suitcase. There is also the possibility of irregular operations and aircraft re-routes as part of the normal Flight Attendant lifestyle. That means schedules can change frequently and unexpectedly. For instance, if you planned on seeing family during your overnight in Salt Lake City, you could be rerouted and end up in Philadelphia due to weather issues. Or, you could be in the jet-way getting ready to go home and receive a call to fly additional trips that day. Being flexible with your schedule and maintaining a positive attitude is integral to being a successful Flight Attendant.

Q: What is the best part about being a Southwest Flight Attendant?
A: You have the honor of being an Ambassador for Southwest Airlines. A Customer can get through the airport and onto our planes without ever speaking to or needing assistance from another Employee. However, once on the plane our Flight Attendants are ready to shine and showcase their Fun-LUVing Attitudes, delivering legendary Hospitality, and assuring that each and every Customer feels welcomed and cared for—leaving a lasting impression: possibly turning negatives to positives, anticipating needs, ensuring that our Customers remain our Customers who tell their friends and family about their great experiences. Your overnights will allow you to explore different cities and make lots of new friends.

Q: How long will it take to hear back if my resume is received?
A: Because we typically have a tremendous amount of interest, it could take several months to over a year to hear back.

Q: What is involved in the interview process?
A: Once your resume is submitted, it will be reviewed in the order it was received. The first step is a telephone interview. If selected from that point, you would move to an in person interview, that would be conducted by a Recruiter and a current Southwest Flight Attendant. In person interviews will take place at our HDQ in Dallas, TX. Applicants will also be required to pass a physical performance standards test. If selected to move forward from the interview process, a federal background check and drug test will be required as part of the pre-employment process. The process can take a while, so please be patient.

Q: How long is Initial Flight Attendant Training?
A: Currently, training is four weeks long and is held in Dallas, TX.

Q: Will I be paid during training?
A: No. However, within five working days after your Flight Attendant graduation, you will receive $1,200 Initial Training Pay minus applicable taxes and benefit deductions. During training, you will also receive a $425 meal stipend in the form of a pre-paid Visa card.

Q: What grade do I need to maintain in order to pass initial training?
A: Flight Attendant trainees much achieve a 90% or better on each required exam. Trainees will also have to perform the requirements of each proficiency or skill check, which tests knowledge in a specific area. There are frequent proficiency, skills checks and exams during training.

Q: If I do not pass initial training due to academics, can I reapply?
A: You may reapply. However, you must wait 12 months from the date of your last in person interview.

Q: What is the pay rate for the Southwest Flight Attendant position?
A: Southwest Airlines new hire Flight Attendants are paid $24.41 per trip, for the first six months after passing Initial training. After successfully completing the probationary/onboarding period, the pay increases to $24.72 per trip for the next six months. A “trip” is 243 nautical miles or approximately every 55 minutes of flight time.

If a Flight Attendant works or deadheads on a Near International flight (near international is defined as destinations or flying located within the region of North America but outside of the contiguous 48 United States), you will receive a per diem rate of $2.85 per hour. The Near International per diem will begin at the report time of the duty period including Near International flying and continues until the termination of the pairing.

Q: Do Southwest Flight Attendants need to pay for uniforms?
A: The initial uniform cost is approximately $500, which is payroll deducted from each Flight Attendant in increments of $25, twice a month. Each subsequent year, Flight Attendants will receive $220 in a uniform account for purchasing additional or replacement uniform pieces.

Q: What does being on “reserve” mean?
A: There are a couple of types of reserve, but “Reserve” duty basically refers to being “on-call” for trips per the operational needs of the Company. Reserve Flight Attendants must be in their assigned base city when on reserve duty.

Ready Reserve is being on call 24-hours per day, generally for a three-day block, ready to report to the Flight Attendant Base within a two-hour notice. This includes Airport Standby, which is being called to wait at your base to be assigned a trip.

AM/PM Reserve is being on call during specific hours of the day or night only. These are generally assigned for three-day blocks.

Q: Where will I be based after training?
A: Our current Flight Attendant bases are in Atlanta, Baltimore, Chicago, Dallas, Denver, Houston, Las Vegas, Orlando, Oakland and Phoenix. Bases are assigned during Initial training, dependent upon the operational needs of the Company and seniority within the training class.

Q: How long will it take me to transfer to the base that I prefer?
A: It varies depending on the operational needs of the Company and Flight Attendant seniority. A transfer could occur within a year, or it could take much longer to be awarded a preferred base.

Q: Does Southwest Airlines pay for me to relocate to the base that I am assigned to?
A: Any relocation costs are at the Flight Attendants own expense.

Q: Will I be able to commute to the base I am assigned?
A: Commuting is allowed, but it is not encouraged. Southwest Flight Attendants have very strict attendance requirements and expectations. Also, keep in mind commuting takes time away from your personal life; your three-day trip into potentially five days of travel, while only getting paid for the three days of trip assignments.

Compliance with physical performance standards is measured during Initial Training and at any time an Inflight Leader may make a reasonable and good faith determination that the Flight Attendant’s physical size may impair the performance of Flight Attendant duties. Only standard uniform sizes are available. Men’s uniforms range in waist size from 28 to 42 inches. Women’s uniforms range in size from 0 to 18. No tailor-made uniforms are permitted.

Flight Attendants must meet the Uniform Appearance Standards as well. The items noted below are examples and not an exhaustive list of the Standards.

While in the Female uniform, make up should be professional, conservative and complement the uniform and the Employee’s complexion. Eccentric, exaggerated or trendy cosmetic styles and colors are prohibited.

While in the Male uniform, only bronzer or a concealer may be worn that looks professional, conservative and complements the uniform and the Employee’s complexion.

Earring Notes: No more than two pairs of earrings are permitted, and if worn, must be placed in the earlobe and may not exceed 1” in diameter (size of a quarter). Hoops and drops are permitted, provided they do not extend more than 1” below the bottom of the ear lobe.

While in the Male uniform, Employees may wear only one small, stud earring per ear lobe (allowing single earrings up to 1 pair). If worn as a pair, they must be matching.

Reporting to Initial Flight Attendant Training out of compliance with these regulations will subject a Candidate to immediate dismissal from class.

When is the next customer service agent training starting in Dallas? 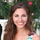 Thanks for your interest in Southwest ! This decision is based on operational need. You can find all of our open positions here. You can sign up to join our Talent Community here. You can sign up to receive job alerts by clicking into any job which you are interested on the site and activating the email alerts in the upper right-hand corner. We hope to see your application next time this role is available!