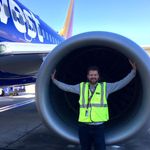 A Birthday Adventure to Remember: My Day Spent Tra...

|
Employee
in Blog
1 Love
1 Love
This is a great story Tonya. Thank you for posting it. ... View more

|
Employee
in Blog
I grew up in Omaha. I still have family there and go back to visit often. So great to see this article. The Omaha zoo is one of the hidden gems of the midwest. It's a great weekend trip for a family. ... View more