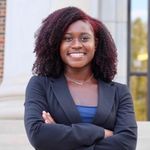 |
Employee
in Blog
3 Loves
3 Loves
The following blog post was co-written by Shanna Wallace, Patric Alva, and Deena Gemoets.   At Southwest Airlines, we proudly display our Heart by helping others connect to what’s important in their lives. For Austin Perine, a four-year-old on a mission to show love, his passion lies in feeding the homeless. Austin and his father recently reached out to Southwest for assistance in supporting their goal to travel to 10 U.S. cities where they plan to show love by fighting hunger—and we were thrilled to help!   Southwest is proud to lend a helping hand by providing Austin and his father with roundtrip air travel for each stop on his 10-city tour. Austin’s tour recently kicked off in Seattle, and we had the opportunity to follow along and get an exclusive look at this little superhero in action.     Austin began his Show Love mission in his hometown of Birmingham, Alabama, after he learned what it meant to be homeless. Eager to help, Austin asked his parents if he could give up his allowance to buy food for the homeless instead. Since then, Austin has been working around the clock to spread the word about his Show Love mission, which even includes a recent appearance on The Steve Harvey Show.   So far, Austin has been to Dallas, Seattle, St. Louis, and Detroit, showing a tremendous amount of love on the way! The next stops on Austin’s tour tentatively include: Memphis, TN; New Orleans, LA; Portland, OR; Los Angeles, CA; and San Juan, Puerto Rico Thank you, Austin, for going above and beyond on your mission to show love to others. We can’t wait to see how you continue to impact the world! ... View more
Categories: