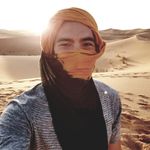 by facetiousmonkey |
New Arrival
in Rapid Rewards®
Is there any update to this thread?  I'd love to find out as well. ... View more

Lifetime Friends: You Never Know Who You Just Migh...

by facetiousmonkey |
New Arrival
in Blog
3 Loves
3 Loves
Having traveled solo by air dozens, if not hundreds, of times in my life, the routine of flying can often be lonely and monotonous. During the vast majority of my solo flights I've probably never said a word to anyone except airline personnel.   One flight roughly 10 years ago strayed from my norm. I bumped into a seemingly lost person during a busy LAX layover looking for her gate on the flight status board. I noticed her ticket was departing Los Angeles to Tucson, the same destination I was headed, so I subtly mentioned her gate was at the end of the terminal.    We ended up walking to the gate together and chatted a bit before boarding. After we both verified the other was a normal human and could carry a conversation, we mutually agreed to sit next to each other since Southwest allows open seating.    We ended up spending the entire flight talking about random topics from college, to weird flying rituals we partake in, to conspiracy theories. We also found out we had a ton in common from our weird senses of humor to our love of traveling. After the flight we exchanged information and since then we've been best friends!    Bachelor Party in Austin I've left out many details of the beginnings of our friendship but felt compelled to share this story because you really never know who you're going to meet on your next flight. There's honestly so much to gain and so little to lose by starting a conversation with a fellow Passenger. Maybe your next flight you'll meet a lifetime friend like I did!   She was a groomswoman at my wedding ... View more
Categories: