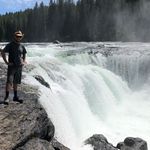 Camp like a Local: Your Guide to California Coasta...

Your Weekend Getaway Guide For Northern and Southe...

A Visitor's Guide to the National Parks in Souther...

A Visitors Guide to National Parks in Northern Cal...

A Look at California's 9 National Parks

A Quick Tips Guide to Finding the Best California ...

An Insider’s Guide For Creating and Planning The M...