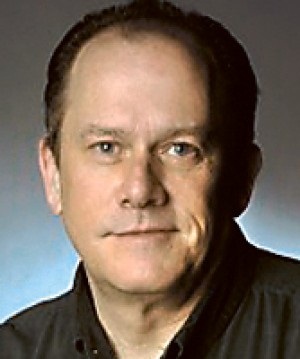 by kohanlon |
Not applicable
in Blog
4 Loves
4 Loves
This article first appeared in the Lincoln Journal-Star. It happened about 30,000 feet above Iowa, and not without considerable angst and hand-wringing. After dating about six months, my girlfriend, Lori, and I decided to celebrate with a getaway to Chicago for Valentine's Day. But I upped the ante and decided to propose on the trip, so I had to come up with something original. I am not a bended-knee-in-a-restaurant guy. After agonizing for days, I got an idea and emailed the public relations folks at Southwest Airlines asking if we could do this aboard our flight to Chicago. Two great Southwest employees — Brandy King and Cindy Hermosillo — helped work out the details. They signed off on my plan to have the ring delivered by a flight attendant during the drink service. But there was a potential problem. The flight crew had to agree to play along, and Southwest doesn't firm up its crews until the day before the flight. So I waited. An email arrived the day before the trip: "It’s Cindy from SWA! I just had the best conversation with the lead flight attendant, David. He is super-excited ... and will ensure tomorrow will be a memorable day for you and Lori. Barring any unforeseen circumstances (aircraft swap or crew swap), please see the names of the flight crew for your flight from Omaha to Chicago tomorrow: David, Brandon and Alissa." My instructions were to board the plane, get seated, pretend I had to use the bathroom and then give the ring to David at the back of the plane. But first I had to get the ring through airport security without Lori seeing it when I emptied my pockets at the TSA checkpoint. Turns out those small Altoids breath mint tins come in handy, though there was a danger some over-zealous TSA guy would get suspicious about precious gems in mint containers, make a big commotion and order a full body cavity search. Got it through without a hitch, though. Once on board, I did as instructed and approached the attendant at the back of the plane. "Are you David?" I asked. "No," he said as I panicked. "But I know what's going on," he quickly added. The ring safely delivered, I returned to my seat. We took off. Then it hit me. I was sitting in the middle seat. Lori was to my left in the window seat. Some other woman was to my right. I wondered in horror: "How are the flight attendants supposed to know which one is Lori?" One attendant kept walking past our seats giving me a subtle, confused look. I tried to signal with my eyes that Lori was the woman to my left, but all that did was make it appear as if I was suffering a stroke. So before his next pass, I put a hand on Lori's knee and clasped her hand while she read her Kindle. Several minutes later, the drink service began. Alissa slowly worked her way down the aisle with the beverage tray. She got to our row, gave me a glass of orange juice and handed an unsuspecting Lori a small silver pouch. (Lori said later she first thought it was a bag of peanuts or pretzels). Perplexed, she opened it and took out the ring. What happened next pretty much sums up how Lori and I interact — often with great irreverence. Me: "So will you?" Lori: "Can I get back to you on Sunday?" Me: "#&*@(&%" A smooch sealed the deal. The flight crew announced our engagement, played "Chapel of Love" by the Dixie Cups over the intercom (not my idea, but hey, it worked) and everybody applauded. The flight attendants brought us a bottle of champagne, two stemmed glasses and some chocolates. It was pretty cool. As for the wedding, I am leaving the planning to her. Too much stress. Kevin O'Hanlon covers the statehouse for the Journal Star and is happily engaged to Lori Petersen. Reach him at 402-473-2682 or kohanlon@journalstar.com.   ... View more