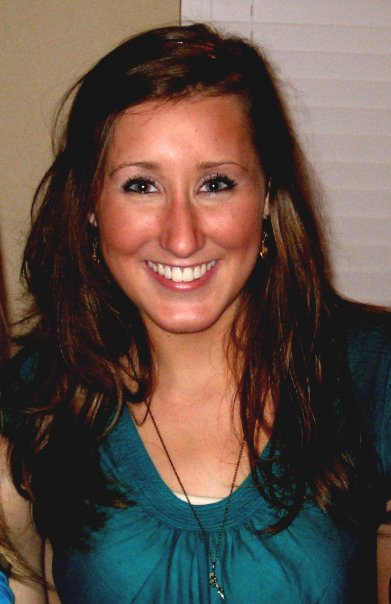 Piloting the Skies: A Family Affair

by jwilliamson |
Not applicable
in Blog
337 Loves
337 Loves
In January 1979, Russ Mason joined Southwest Airlines as a Pilot. Several months later, in October 1979, his twin brother Rick left the military to join his brother as a Southwest Pilot.  If two Mason Pilots weren’t enough, Russ and Rick wanted to get their younger brother Mark on board with Southwest, too. But after Rick’s training class, Pilot hiring at Southwest was put on hold. At the time, late 1979, our young and rapidly-growing airline was only flying within the state of Texas. Southwest was making plans begin interstate service when the Wright Amendment went into effect, which put strict limits on destinations of flights leaving Love Field. With the Airline’s expansion plans on hold, Mark stayed in the military. That is until Russ, Rick, and Mark’s father, Red Mason, helped pull some strings in the right places. Through his job, Red was acquainted with Louisiana Senator Russell Long. When Red heard that Jim Wright—the sponsor of the Wright Amendment—was holding a House meeting on transportation, Red called up Russell and asked if the Senator could possibly speak at the meeting in defense of Southwest. Russell agreed, and he talked at the meeting about Louisiana’s interest in bringing Southwest service into New Orleans. Red attended the meeting, as did Southwest CEO Herb Kelleher. Afterward, Herb approached Red to thank him for being there, and asked what his interest was in Southwest. Red told Herb he had two sons who were Pilots for him, and a third who he wanted to get hired on. Herb shook Red’s hand and said his boy would be in the next Pilot training class. And the rest is history. Mark was hired on in November of 1980, and combined, the three Mason brothers have been Pilots for Southwest Airlines for a few months shy of a century. The twins both met their wives through Southwest – Rick’s wife Martha and Russ’ wife Nancy were both Flight Attendants (Nancy is still an active Flight Attendant), and Rick’s daughter Holly is one of the most outgoing, spirited Flight Attendants you’ll come across at Southwest. For the Masons, Southwest really is a family affair.  Russ’ Retirement Flight On Monday, December 17—almost 34 years since his hire date—Russ flew his Southwest Airlines retirement flight from Houston Hobby to Dallas Love Field. Russ was Captain on the flight, and Becky Sparks was the First Officer, with Rick and Mark occupying the two flight deck jumpseats. Rick, Russ, and Mark Mason Nancy, Martha, Holly, and Mark’s wife Annie were all in the cabin on the flight. As Russ’ last flight, it was bittersweet, and there were a few damp eyes—but also much joy as the entire plane was able to celebrate this family. Holly handed out peanuts to the Passengers, and one told her: “Congratulations to the whole Mason family.” Toasting Russ' Retirement Flight Champagne was passed around the cabin just before landing, and Holly gave a toast to her uncle Russ. When the aircraft touched ground in Dallas, the cabin burst into applause, and the aircraft taxied to the gate under a water salute from two firetrucks. There were banners and balloons in the gate area when Russ got off of the plane, and then a celebration at Southwest’s corporate headquarters building, where Herb, Colleen, and other Employees stopped by to congratulate Russ and his family. From all of us at Southwest Airlines, we are incredibly grateful for the Mason family’s loyalty to the Company. We hope that Monday was a day that the big-hearted, hard-working, Aggie-loving Captain Russ Mason will never forget. ... View more

Jersey Cares, and So Does Southwest!

by jwilliamson |
Not applicable
in Blog
705 Loves
705 Loves
Newark is OPEN! This is huge. From our newest airport, you can hop a train to Penn Station, and faster than a "Friends" rerun, you’re in the heart of New York City: home of the Yankees and the Mets, Broadway, and 5 th  Avenue. Land of 20,000 restaurants. The place never sleeps. What’s not to love? On the first Southwest Airlines plane to land in Newark, I was sitting beside Bob D., Dallas Assistant Chief Pilot. As we flew over New Jersey, his home state, Bob pointed out the airport where he learned to fly. His eyes danced as we approached the runway, with New York City in clear view to our right. "If you told me that Southwest Airlines would ever be flying into Newark,” he said, “I would have called you crazy." His mom met us at the gate with huge smiles and hugs, thrilled to have her son home. While in New Jersey, I was able to take part in Southwest's Share the Spirit event at South 17 th  Street School, located just minutes from Newark Liberty International Airport. For this project, Southwest partnered with Jersey Cares, an organization that connects Volunteers to Community needs throughout the state.  I headed into New Jersey with a small but mighty group of Southwest Warriors. Brian Dean, Executive Director of Jersey Cares, welcomed us to the school with open arms. We all felt like kids again, eating lunch in a school auditorium while huge cut-outs of Alvin and the Chipmunks loomed on stage. During lunch, the community outreach coordinator of South 17 th  Street School explained the tasks of the day.  One group braved the cold to beautify the school’s front entrance. Another group decorated and stuffed environmental goody bags for the students. The third group—my group—painted a mural in one of the hallways.  As Southwest Employees, we are encouraged to "color outside of the lines,” so we knew that filling in the floor-to-ceiling sketch might be tricky for our group. But we grabbed paint cans, rolled up our sleeves, and got to work. The hours flew by. We danced to Justin Bieber and mixed paints like pros.  John J., who is part of our Graphic Design and Creative Services department, worked harder than anyone, making the rest of us look good with his touch-up skills. It felt so good to see it all come together. Halfway through the afternoon, when paint fumes were making us a bit loopy, a Newark Cargo Employee dropped by to surprise the entire group with warm pretzels and delicious mango ices. Gotta love that Southwest Spirit! For an afternoon, the work being done at that little school in New Jersey paled those bright Broadway lights. Of course, I was covered in paint by the end – but with lots of arms pitching in to finish up, we brought that mural to life. The goody bags looked great too, and the outside clean-up crew did an amazing job. After they finished gathering trash and planting pansies, the front of the school looked like it had undergone a complete transformation. Before leaving the school, we stopped to take group pictures in the courtyard. A huge map of America was painted on the concrete, and we marked every single SWA city with chalk, including Newark—number 72. It was a great time to reflect on just how far we’ve come.  These types of things are what Southwest is about. Connecting people. Uniting families. Facilitating community. For an afternoon, we were able to share some Southwest love with our newest city. And if we had to get a little paint under our nails in the process, it was absolutely worth it. New Jersey, welcome to the Southwest Family. This blog post is part of a week-long series on volunteerism at Southwest Airlines in honor of National Volunteer Week.  On Monday, April 13, 2011, Southwest launched 40 Hours for 40 Years, an Employee Volunteer pledge campaign that challenges its 35,000 Employees to pledge and record 40 volunteer hours in honor of our 40 years of service.  For every 40 hours volunteered at a nonprofit by an Employee or group of Employees, Southwest Airlines will donate a complimentary, roundtrip ticket to that organization through its ongoing Tickets for Time program. For more information on ways that Southwest gives back to the communities it serves, please visit www.southwest.com/citizenship.   ... View more